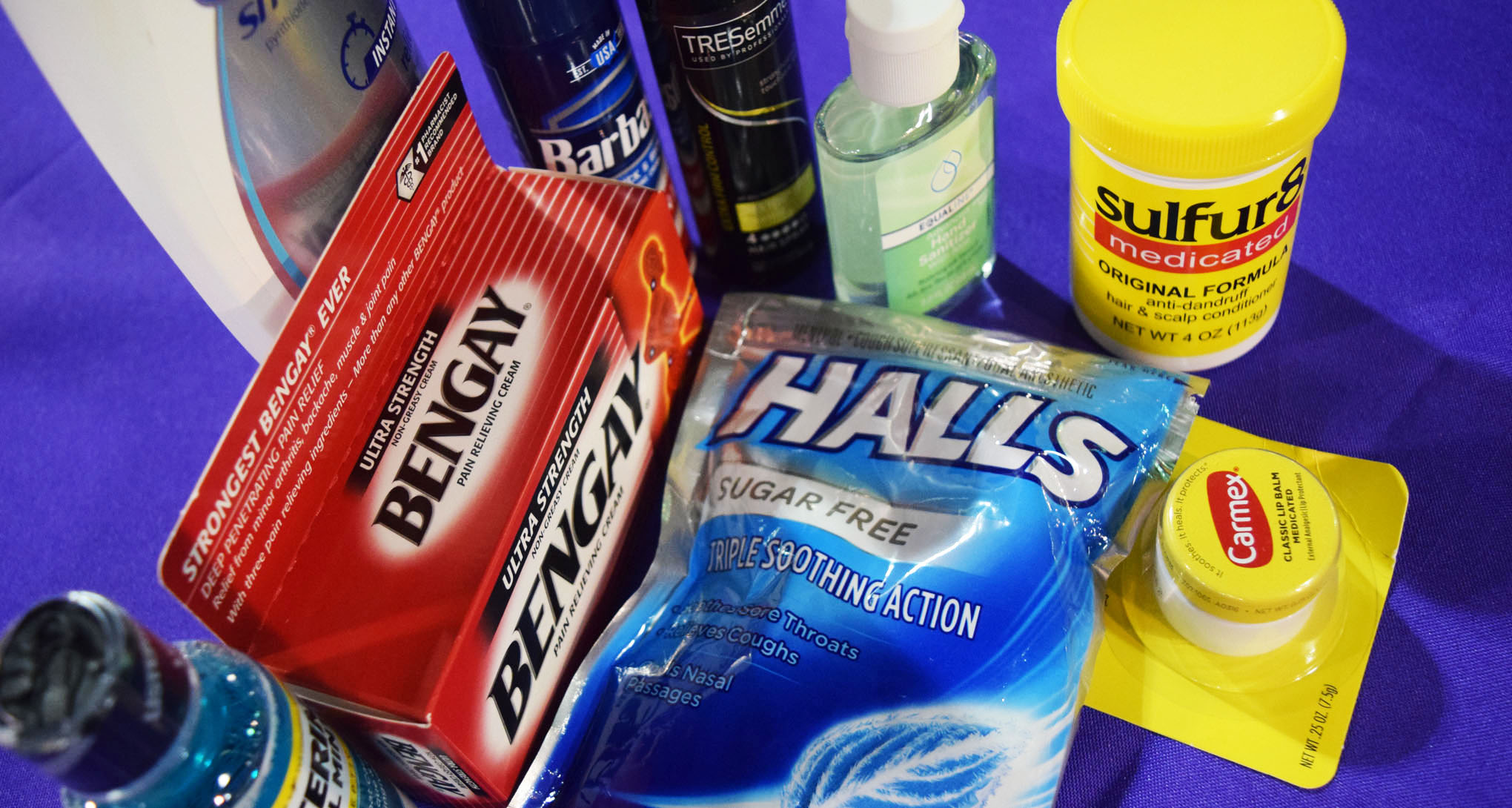 Menthol gives these products their cool, minty taste or feel. And, if inhaled, menthol may also suppress the cough reflex.

While adding menthol to many products can be therapeutic and otherwise harmless, the same can’t be said for tobacco. Because menthol masks the harsh taste of tobacco and makes smoke inhalation more tolerable (by suppressing the cough reflex), it can lead people to think that menthol tobacco products aren’t as harmful as their non-menthol counterparts. But they’re mistaken.

Menthol tobacco products are every bit as harmful. And some studies suggest that they may be even more addictive.

Almost one in four Minnesota African Americans are current smokers, compared to 14.4 percent of adults statewide. And 88 percent of them use menthol tobacco.

Gene Nichols co-chairs the African American Leadership Forum (AALF) Health and Wellness Group. AALF has been at the forefront of educating the community about the harms of menthol tobacco and advocating for legislation to restrict its access.

“This work is important because when you look at the health disparities in Minnesota, the top three disparities that face the African American community are deaths from chronic obstructive pulmonary disease, deaths from cancer, and high blood pressure,” Nichols says. “And all of these things can be attributed directly to smoking.”

After Nichols saw these same health issues affect his friends and family (in 2017 he lost his brother, a lifelong smoker, to COPD), he began to reflect upon his childhood. An epiphany ensued:

“Being a little older than most, I remember the vans that were in our community giving away free cigarettes,” Nichols says. “And I thought it was pretty insidious. So connecting my memories of what had happened in the community and then seeing the results some 50 years later — that we’re dying from this — is where my activism began.”

“We know through the tobacco settlement that the executives of these tobacco companies specifically said, ‘We’re going after the dumb, the poor, and the black,’” he continues. “And I said, ‘We have to do something about this.’ It was clear that this was predatory marketing on our community … I am totally, completely committed to this work.” 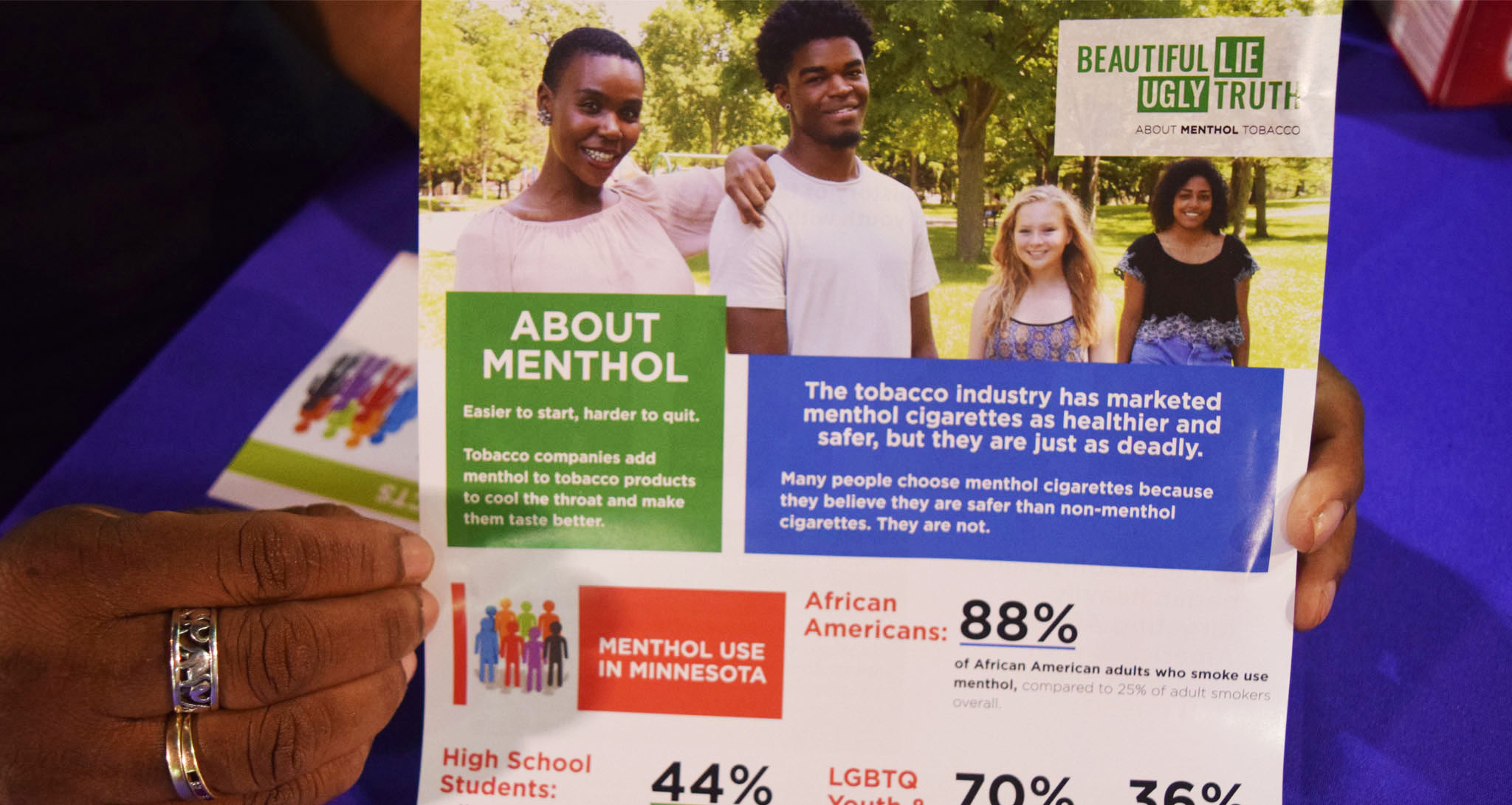 In 2015, Nichols’ work took a leap forward when the Minnesota Legislature passed a bill requiring the Minnesota Department of Health (MDH) to fund a one-time grant of $200,000 to address African Americans’ disproportionately high rate of menthol tobacco use.

MDH awarded a Statewide Health Improvement Partnership (SHIP) grant to Hennepin County Public Health in partnership with the local health departments of Minneapolis, Saint Paul-Ramsey, Bloomington, Edina, and Richfield. AALF was contracted to lead the grant work in the community.

AALF began by conducting a baseline survey about menthol tobacco with 407 U.S-born African American residents of Hennepin and Ramsey Counties. Among other things, the survey found that 84 percent of respondents who smoked preferred menthol tobacco, and that 83 percent of respondents who smoked bought their products at a local gas station or convenience store. 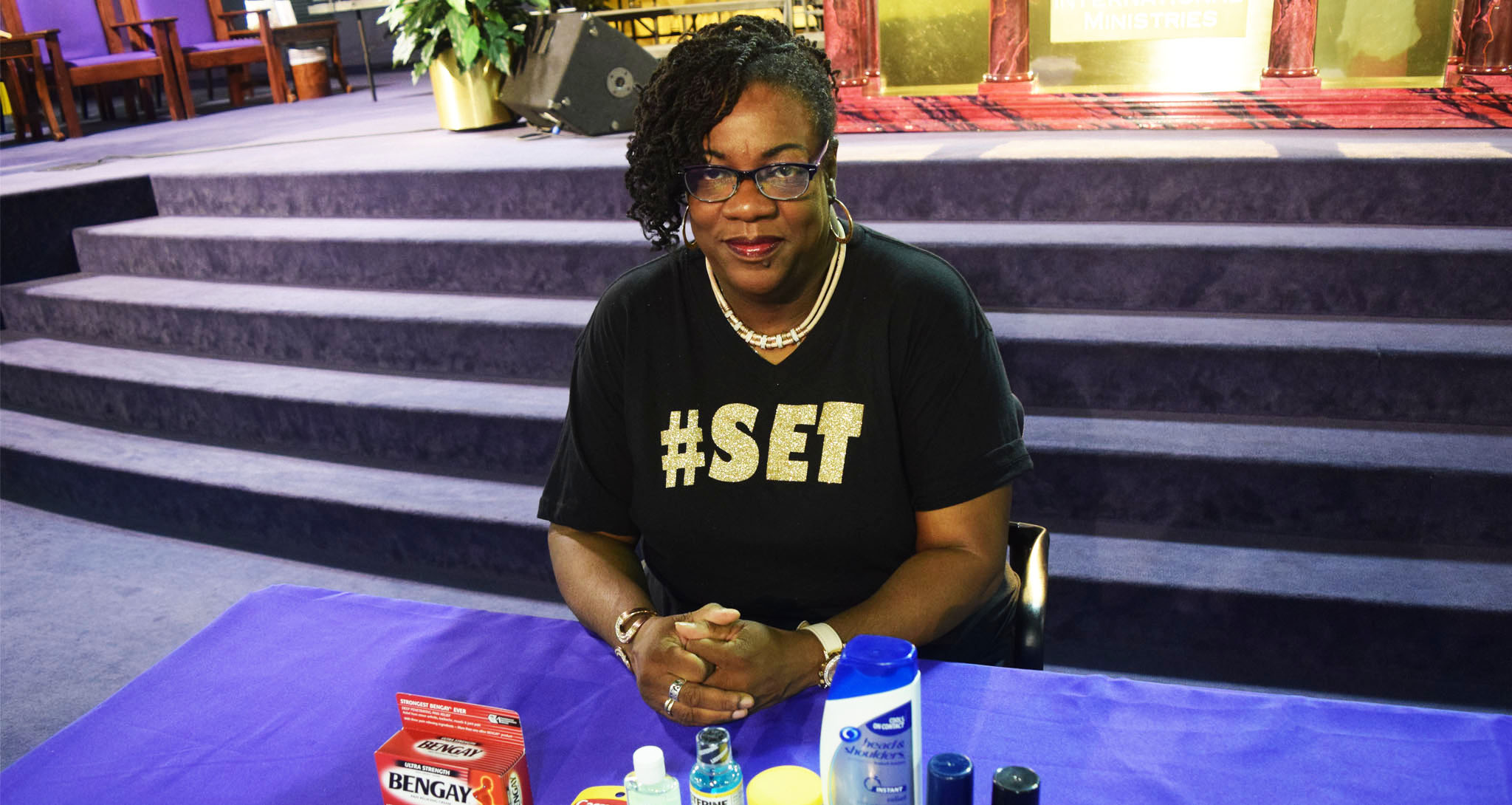 “A lot of people didn’t realize these products had menthol in them,” Philips says. “I used this concept to show how … we use [menthol] products for the good, but how the industry can add it to a product like tobacco and it can be terrible for us.” 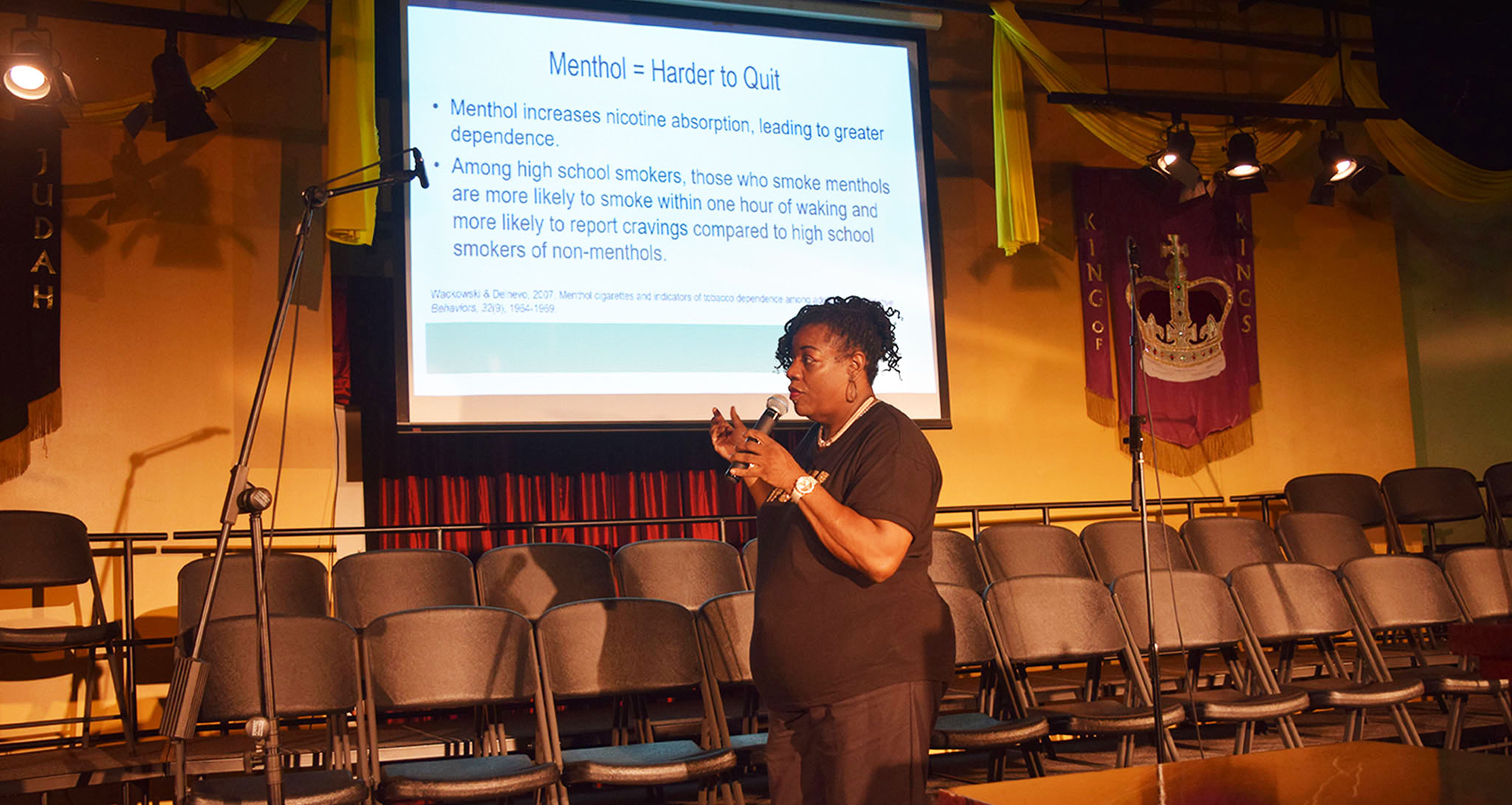 She stressed that the health effects of smoking – like COPD, cancer, and high blood pressure – don’t only affect the smoker: they emotionally and financially affect a smoker’s friends and family, too.

“It was enlightening to them,” Philips says, noting that after class a few long-term smokers quit tobacco cold turkey and several others enrolled in smoking cessation classes.

“I’ve always known through my professional work that education is very important,” Nichols says about the efforts of Philips and others. “If you’re able to educate the community as to why certain things are happening or why certain things have happened, I think people are able to make sound decisions, versus someone just telling them to stop.”

Indeed AALF found that, after listening to change agent presentations, participants showed strong support for limiting the sale of flavored products, increasing the age of sale for tobacco products to 21, reducing the number and density of stores that sell tobacco, and keeping the price of tobacco high.

This information, as well as pre-project survey data (which, similarly, showed that 86% of respondents supported increased laws to reduce the harms of smoking), was shared with elected officials and other key stakeholders, and it ultimately inspired new legislation. In 2017, both Minneapolis and St. Paul restricted the sale of menthol tobacco products to adult-only retail stores.

As this work continues, Nichols encourages people who want to help to contact their local legislators.

“Call them, write them … tell them your personal stories,” he says. “When I told them my story of my brother dying of COPD just this past summer I think that got more attention than anything else I could have said.“