Her story isn't over yet

Deaths of celebrities like Kate Spade and Anthony Bourdain have thrust suicide into the national headlines. So, too, have statistics like a published report from the Centers for Disease Control which confirmed that suicide rates increased more than 30 percent in half of states between 1999 and 2016.

Such is the case in Minnesota, where suicide rates jumped 40 percent in 18 years.

Hennepin County strives to combat this trend locally, building on a variety of efforts. For instance, the county offers COPE, a 24/7/365 emergency mental health service for adults 18 and older. COPE can be accessed at 612-596-1223 and is mobile, meaning that the team can respond to crises in person. There’s also Child Crisis (612-348-2233), an emergency mental health service for people 17 and younger.

Starting last year, Hennepin County also began collaborating with the Minnesota Department of Health on a five-year Zero Suicide grant. The grant is focused on reducing youth suicides, the second leading cause of death for young people ages 10 to 24.

Suicide is a complex problem that affects people of all ages, races, and income levels.

This article features Toni Plante, a local woman who lost her daughter to suicide. It’s followed by a list of suicide prevention resources. 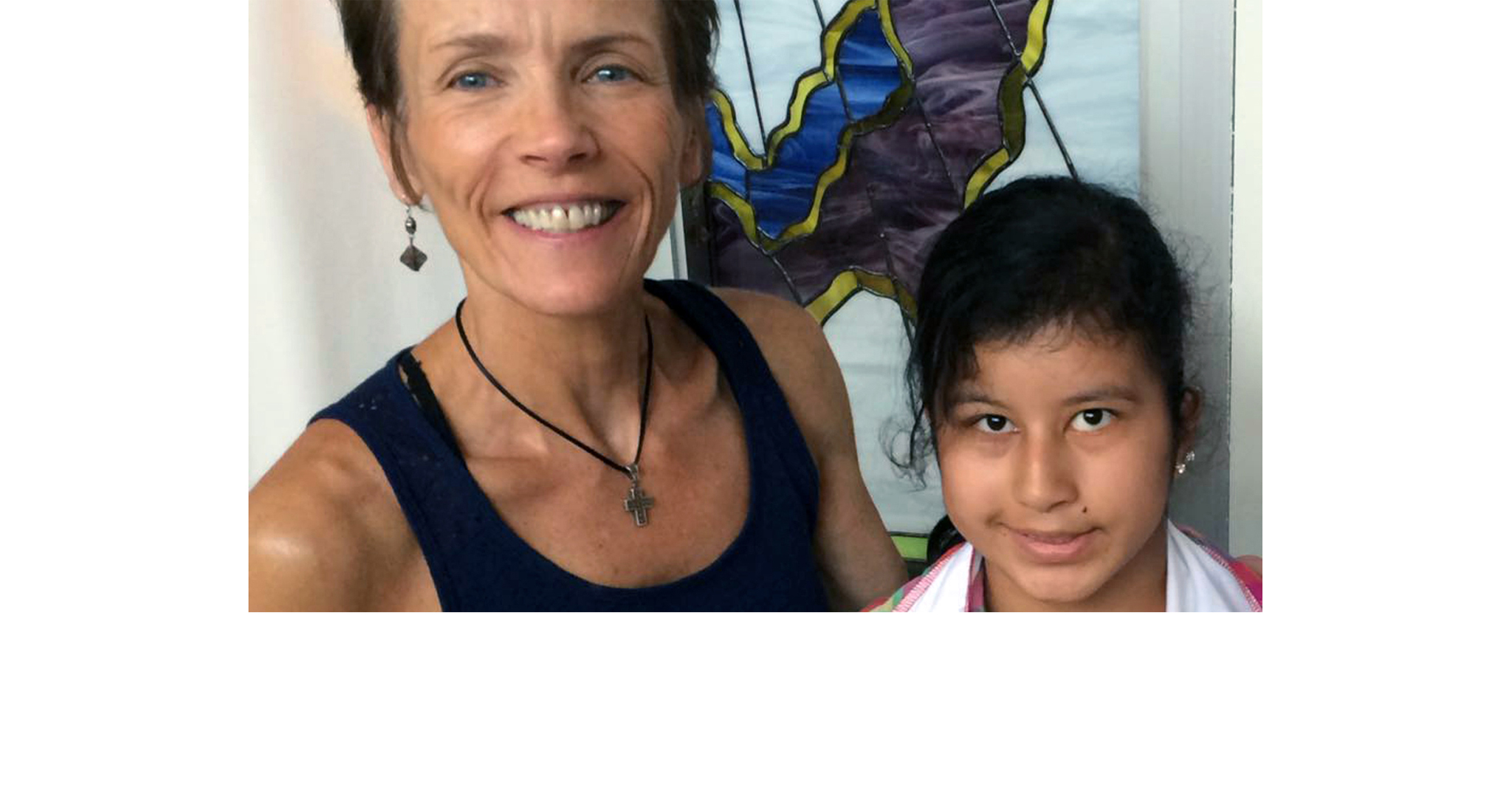 Three years later, the pain is still fresh. Recently, at a St. Louis Park cafe, Toni shows me pictures of her raven-haired daughter. Ana in a mud-splattered soccer jersey. Ana in a pool. Ana blowing out candles on a birthday cake. Ana posing with yellow smiley faces, her favorite symbol. Ana posing in red, her favorite color.

“Look at how cute. I can’t stand it,” Toni says. “It makes me crazy to think about it.”

Later, Toni reveals the thing that comes up for her in support group again and again: the fact that she couldn’t save her daughter. “I was her mom and I should have been able to take care of her,” she says. 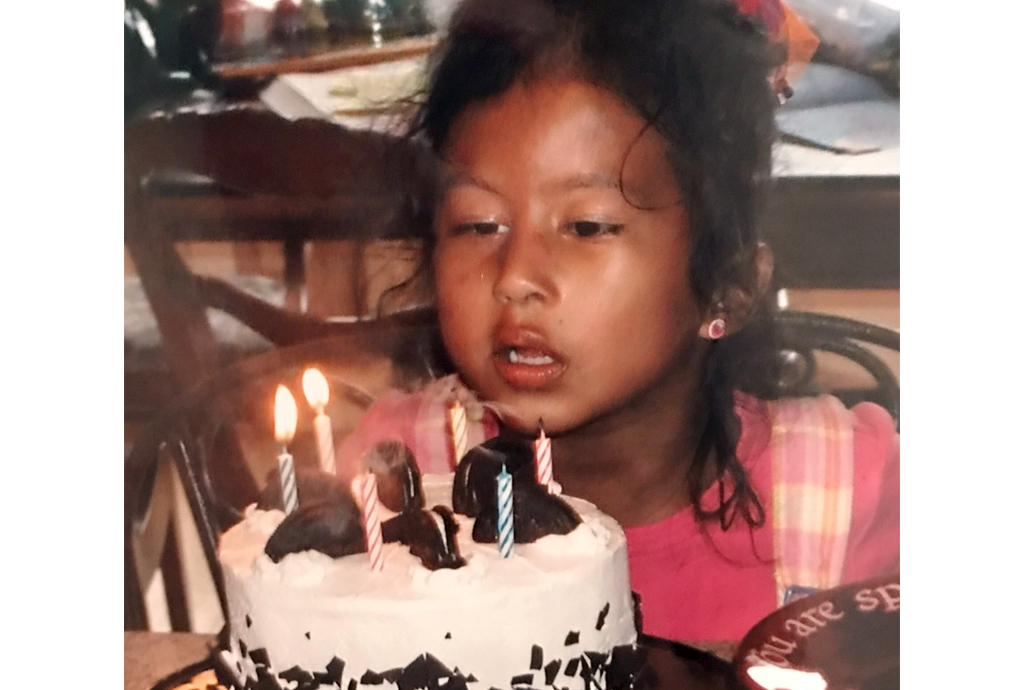 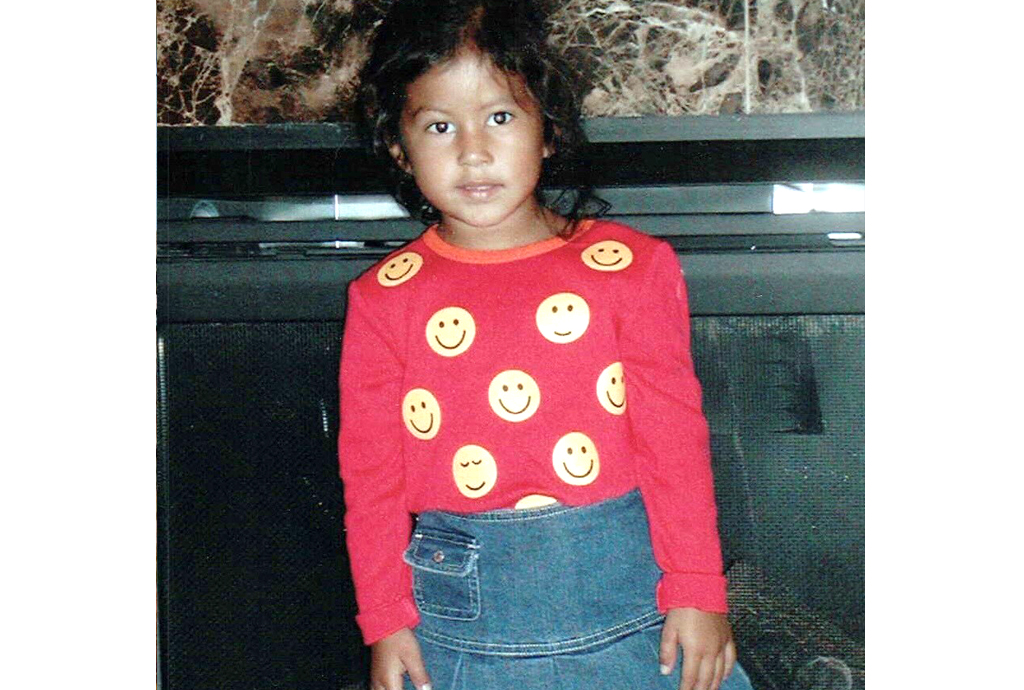 Toni and her husband Allen adopted Ana from Guatemala when Ana was five months old. (The Plantes also have a son named Leo.) “She was a super cute kid. She was a darling baby,” Toni says.
Ana was born premature. She also had left side facial paralysis and an eye movement disorder that limited her peripheral vision. Nonetheless, Toni says Ana was “a little trooper.”

By age three, Ana could swim the length of the family pool. By four, she was active in soccer. Later she dabbled in gymnastics, basketball, and Girl Scouts.

When Ana reached Kindergarten, though, issues emerged. “She was really afraid to be away from us,” Toni says. “She started feeling like everyone was staring at her.” Initially the Plantes didn't read into it, assuming Ana was just shy.

But when Ana entered middle school, her anxieties deepened. She also became more self-conscious about her facial paralysis and eye movement disorder. “She started feeling more and more left out,” Toni says. “We started realizing that there might be more to it than just her ability to socialize.”

The Plantes took Ana to psychiatrists, social workers, and therapists. Ana began counseling and was prescribed medication for depression and attention deficit disorder.

“We did everything we could think of to do, but it didn’t seem to be getting too much better,” Toni says. 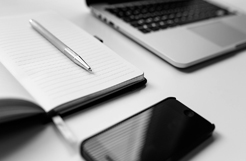 Fill out the be prepared worksheet and have it on hand before an emergency occurs. 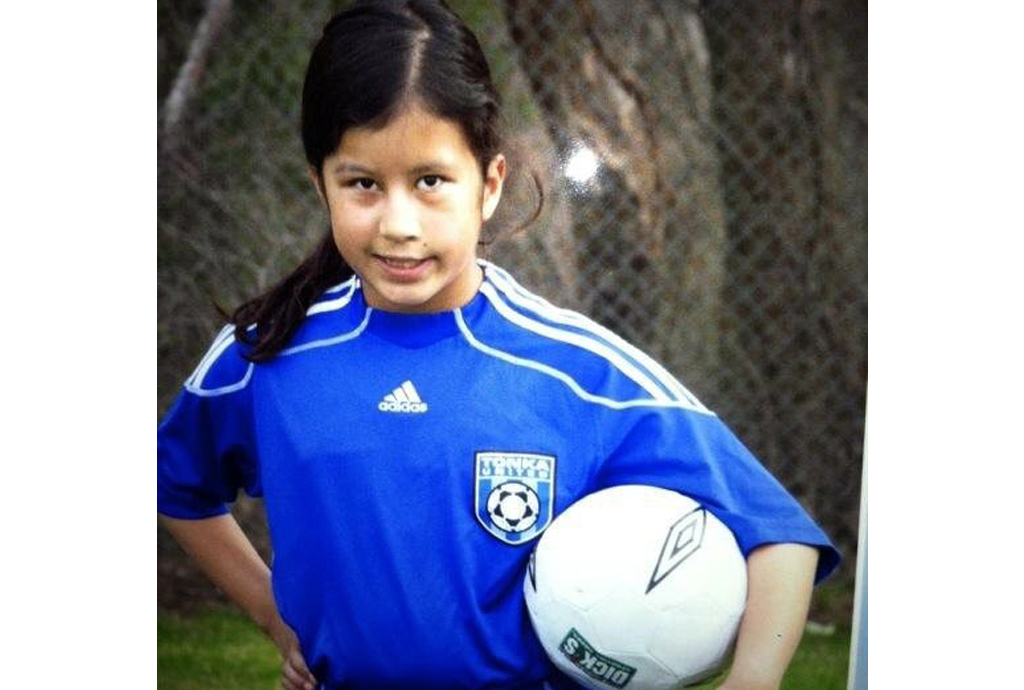 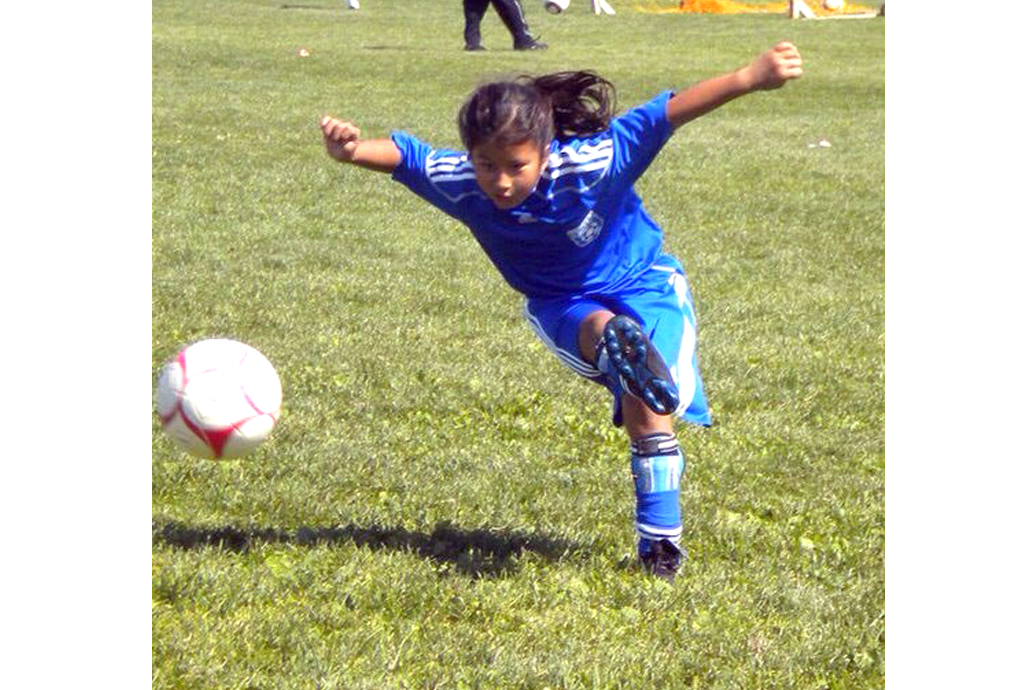 A turn for the worse

In January 2015, shortly after Ana’s grandfather died, Toni got a call from Ana’s eighth grade soccer coach. “Ana has a bad stomach ache. Can you come pick her up?” he said.

Once home, Ana revealed the source of her stomach pain. She’d been hoarding her antidepressants, and earlier that day she’d tried to overdose. The Plantes rushed Ana to the hospital, and she was later referred to an outpatient mental health program.

Ana eventually resumed school, and in September 2015 she began high school. But then there was a monumental blow. A few days into ninth grade one of Ana’s best friends, Brooklyn, died. The girls had known each other for years, often sleeping at one another’s houses, and it was Brooklyn who’d encouraged Ana to stay in soccer with her (when Ana expressed doubt that she was good enough to be on the high school team).

When guidance counselors broke the news to the girls’ soccer team, Ana was inconsolable. “She was like, ‘Why not me? Why Brooklyn? Brooklyn loved life and I hate it!’” Toni recalls. A few days later, Ana tried to overdose on medication again. (Unknown to Toni and Allen, she’d been hiding medication in her bedroom.)

Stints in outpatient and inpatient mental health programs followed, and from then on Toni or Allen watched Ana take her medication to make sure she wouldn’t hoard it. They never left her alone at home, and they locked up knives, scissors, and medications.

By December 2015, Ana appeared to be getting better. Ana’s therapist told the Plantes that they could start leaving Ana alone for short amounts of time.

On January 29, the Plantes left Ana with good family friends for a few hours. It went fine, and Ana seemed to be in a good mood that night and the next day. On January 30, Toni left Ana alone again, this time to walk the dogs.

When Toni came home 15 minutes later, Ana was dead. She had taken her own life. 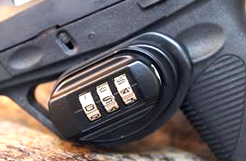 Learn how to make your home safer when a member of a household is experiencing a psychiatric emergency. 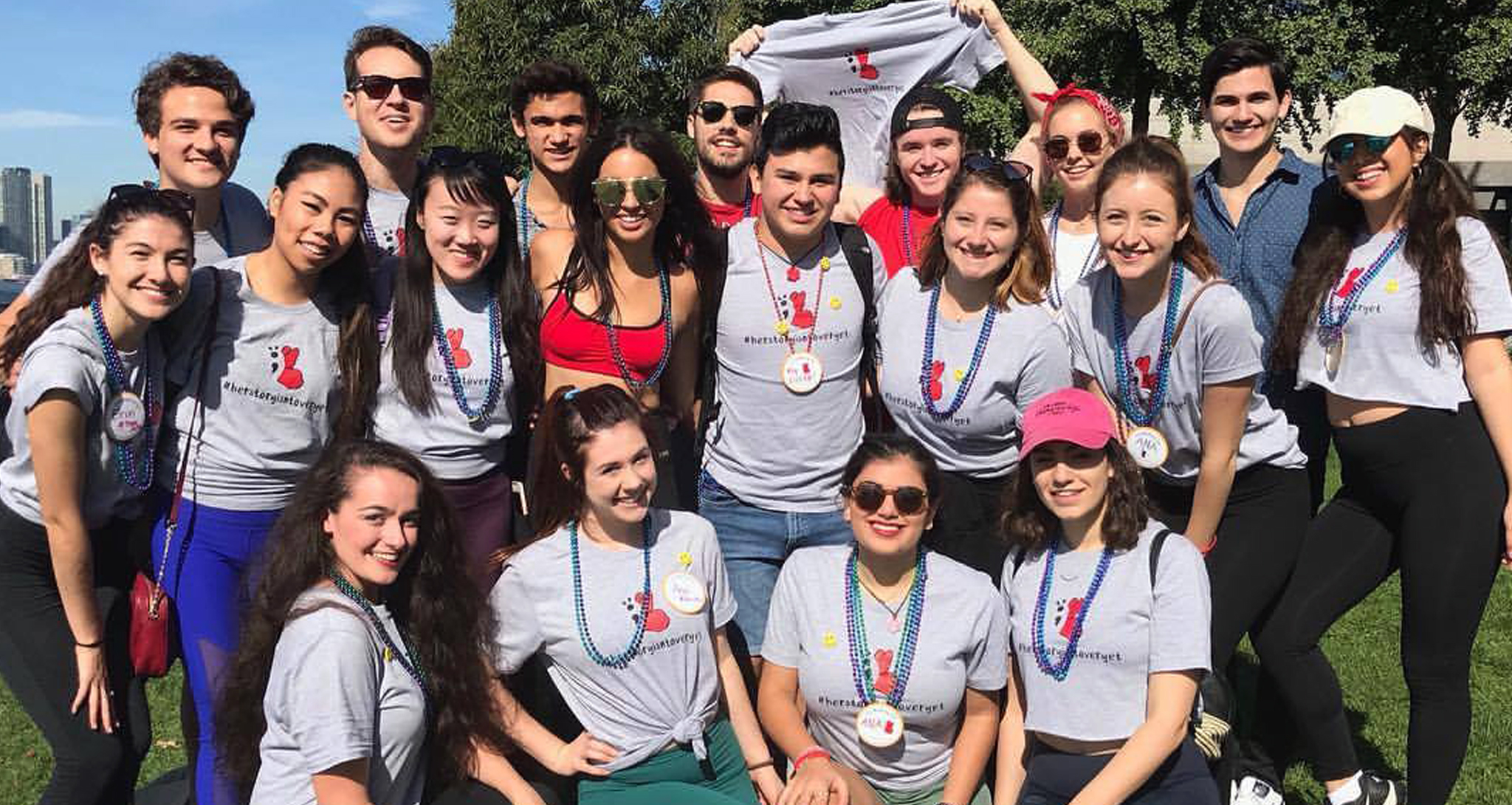 Still, one of the things that’s glaringly obvious to Toni as she pores through articles, is how much the medical establishment still doesn’t know. She hopes that with continued research, some of the whys will become clearer.

In the meantime, Toni, Allen, and Leo have become advocates for suicide prevention. “Right after [Ana] died, we just started doing as much as we could,” Toni says. Due to their advocacy, Toni, Leo, and the Minnetonka High School theatre department raised $8,000 for the American Foundation for Suicide Prevention (AFSP) in 2016; they’ve continued their fundraising efforts since.

“People don’t talk about mental health enough,” Toni says, recalling that the first time Ana tried to kill herself, the Plantes didn’t know how to tell people, unsure how others would react.

“And you know what? The people that did know, they didn’t know how to react,” she says. They didn’t know if they should send flowers, bring a meal, offer to help, or just ignore it. People don’t know what to do because they’re so afraid of it. So I urge people to do something. Talk about it. Be kind. If we can save a couple of lives, that’s all that really matters.” 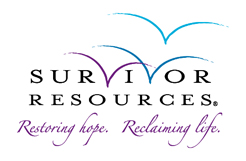 Read on for a list of suicide prevention resources.

Anywhere in Minnesota round-the-clock, seven days a week, people contemplating suicide or experiencing a mental health crisis can text MN to 741741 to connect to a trained counselor.

In the Twin Cities metro area, call **CRISIS (274747) from a cell phone to talk to a team of professionals who can help you.

Outside of the Twin Cities, see the directory for mental health crisis phone numbers in Minnesota by county.