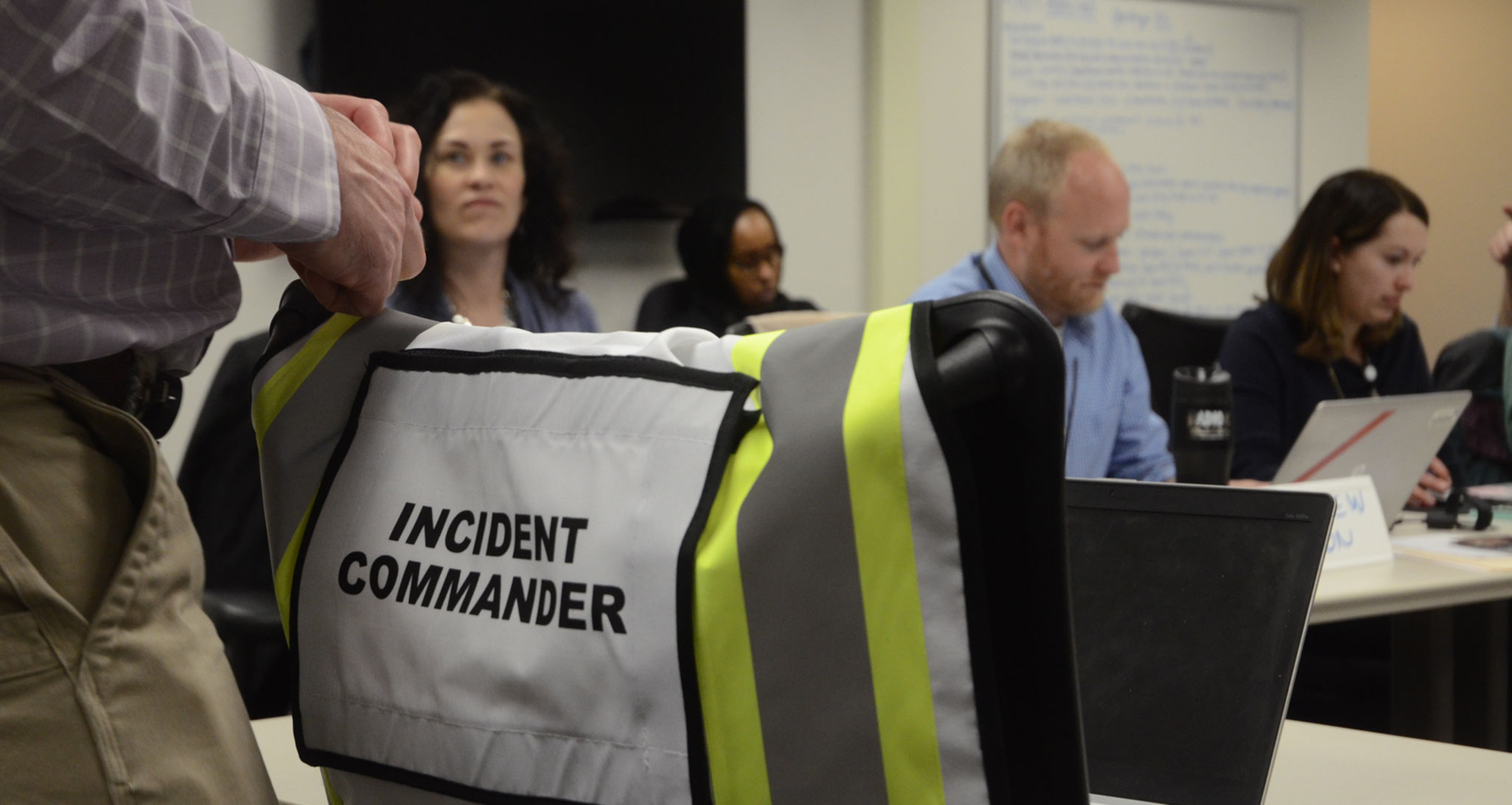 Preventing the spread of infectious diseases is one of the most important roles of public health. The elimination of small pox worldwide in 1978, for instance, was achievable only as the result of a 20+ year global public health immunization campaign. Other vaccine-preventable diseases are similarly on the decline due to public health initiatives, but outbreaks can occur in areas where not enough people are immunized. Measles is one of them.

Though declared eliminated in the U.S. in 2000, measles remains common in other parts of the world. And though most Minnesotans today are immune to measles, local immunization rates have slipped in some Minnesotan communities. As a result, any unvaccinated Minnesotan who travels to a country where the measles virus still circulates can be exposed to it, become infected, and then spread it to other unimmunized Minnesotans after returning home.

That’s how measles can still happen here – and it’s what happened last year when state and local public health agencies found themselves responding to Minnesota’s largest measles outbreak in 25 years.

The first case of measles was reported on April 11, and over the next 13 weeks it ultimately sickened 79 people, 22 of whom were hospitalized. (Seventy of those individuals were Hennepin County residents.) Hennepin County Public Health worked in close collaboration with the Minnesota Department of Health and local health departments that had cases of measles to end the outbreak.

The outbreak was concentrated in Somali-Minnesotans of Hennepin County, a community with recent reduced Measles Mumps Rubella (MMR) vaccination rates. Anti-vaccine groups have targeted this community and spread misinformation about the vaccine — including that it could cause autism.

In order to stop the spread of measles and end the outbreak, Hennepin County knew it needed to focus its efforts on this community. The county began by mobilizing a group of Hennepin County employees who identified as Somali-Minnesotan to form a cultural response team.

Using their unique knowledge and expertise, this team developed a strategy for increasing MMR vaccination rates. This strategy, and the team’s execution of it, helped end the outbreak and probably saved lives. 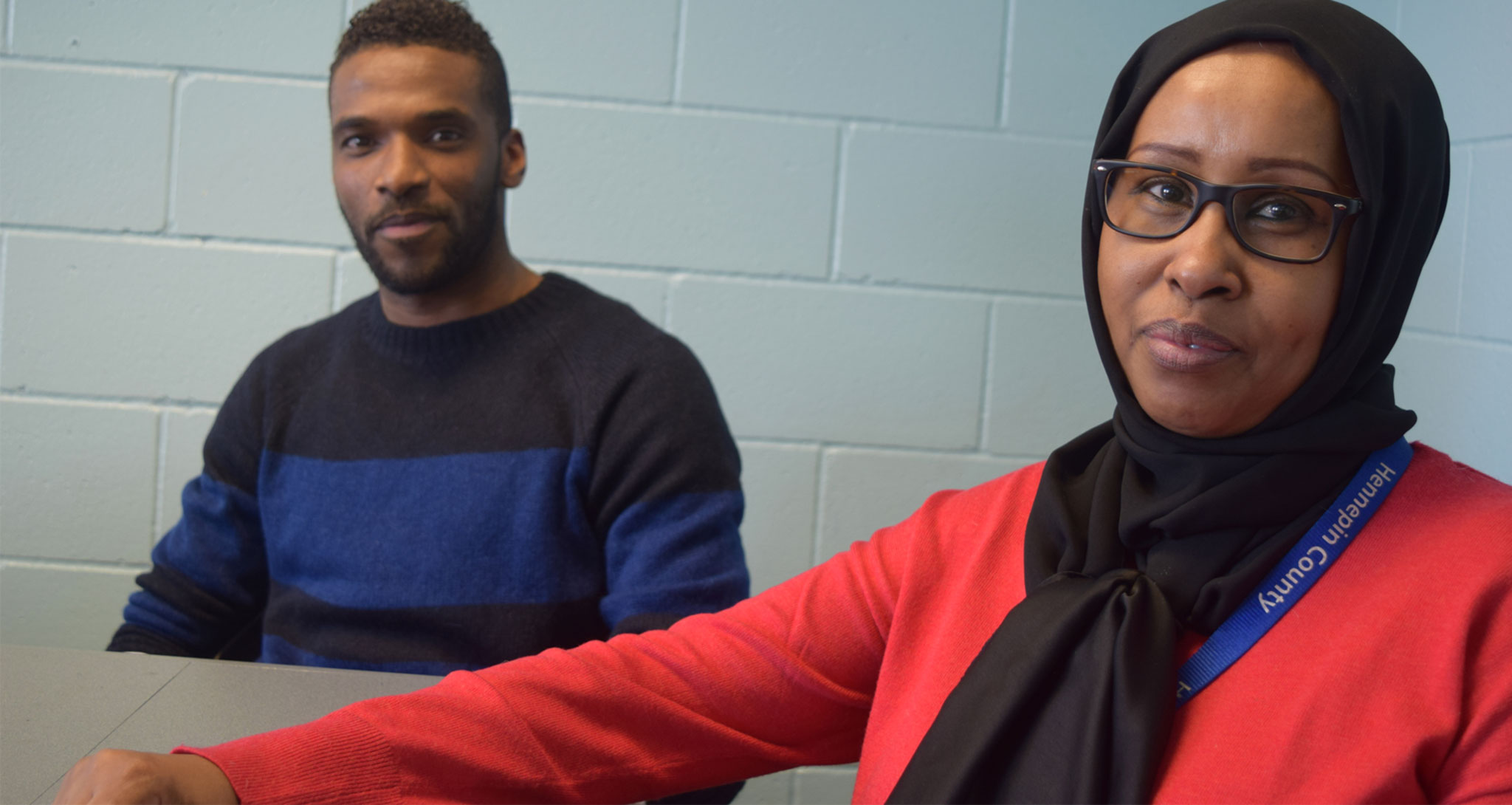 Senior Community Health Worker Ayan Osman co-led the measles cultural response team. Originally from Mogadishu, Osman and her family left Somalia during the country’s civil war. They resettled in Kenya, then moved to the Twin Cities in 2005. Osman, who has a bachelor’s degree in language and literature and is fluent in four languages, has worked for Hennepin County Public Health since 2010.

Case Management Assistant Deq Salad, one of Osman’s cultural response team members, moved from Somalia to the Twin Cities in 2004. In 2016, Salad graduated from Minneapolis Community and Technical College with a degree in human services. He began working for Hennepin County in 2017, a few months before the outbreak began.

Osman and Salad say their team began by compiling a list of places where Somali-Minnesotans congregate.

Because it was Ramadan, mosques and Somali markets (like Karmel Mall) were high on the list. The team also added schools, community centers, businesses, homes, and apartment complexes with a preponderance of Somali-Minnesotans. (One such apartment complex, near Karmel Mall, had 200 units and six cases of measles.)

Then the team identified a list of people who could help them deliver measles messages in these locations.

They agreed that Somali-Minnesotans would likely trust their faith leaders with health care advice and information. So the team reached out to local Imams and asked them to share measles messages. Before Friday prayers, Imams typically address their congregation, and the team would often be waiting outside the mosque afterward, ready to engage people in conversation.

Similarly, the team identified Somali-Minnesotan physicians as a trusted source of health care advice and information. So they set up two informational forums led by doctors from within the community.

“The [message] deliverer makes the difference. Not the printed materials,” Salad says, as to why it was beneficial for the response to be in-person and delivered by people who speak Somali. “Somali language was written in 1973, and before that it was an oral language only. So we don’t read [Somali text] a lot. What works best is delivering a message face-to-face.” 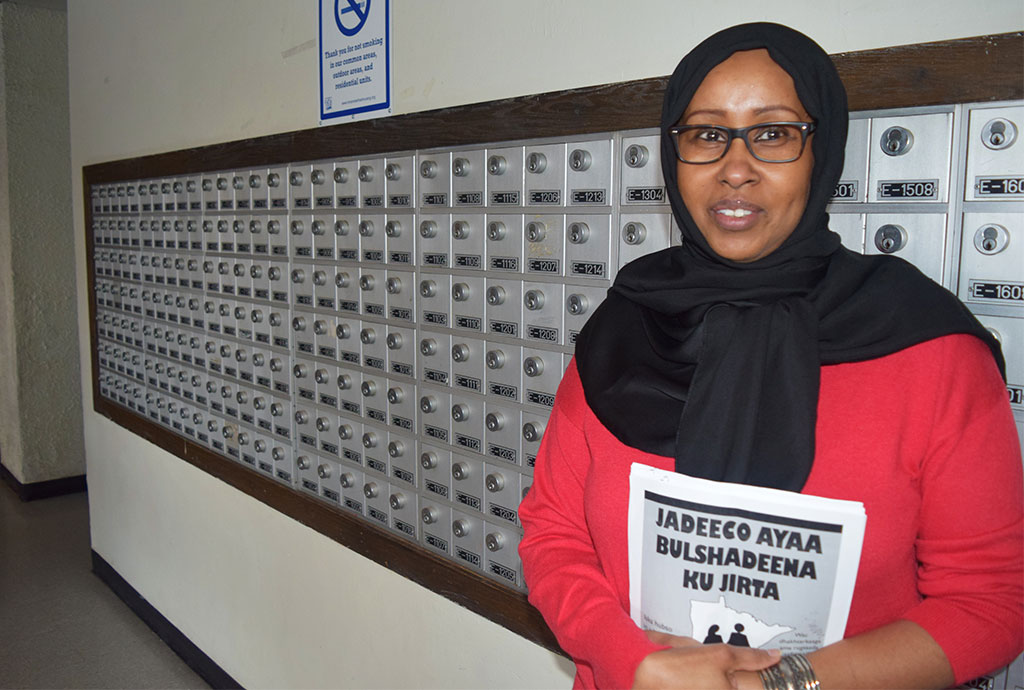 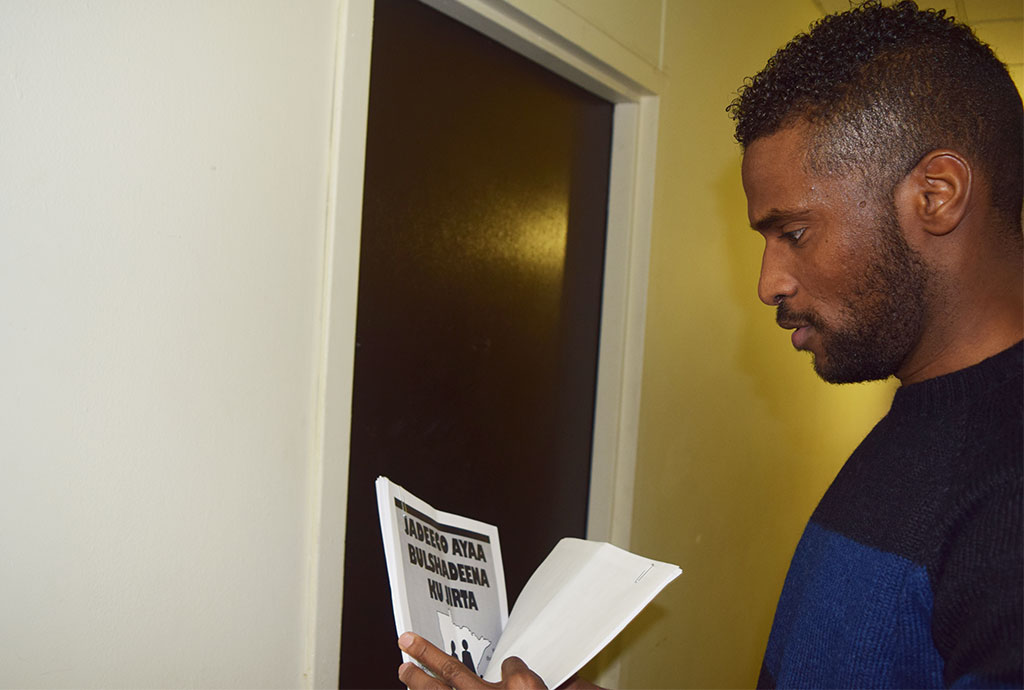 Between April 11 and August 25, when the Minnesota Department of Health declared an end to the epidemic, Osman and Salad’s cultural response team led approximately 150 face-to-face visits across nine cities in Hennepin and Ramsey counties. Because the measles outbreak occurred during Ramadan, some of these visits did not happen until after sunset (when Muslims break their fast and gather to eat).

During their interactions, the team handed out flyers, educated people about measles symptoms, explained terms like “incubation period” and “isolation,” listened to concerned community members, and encouraged MMR vaccination.

"I learned that people want to know, they want to learn," Osman says. "We were explaining that it was mostly Somali kids who were getting sick, and that many have been hospitalized. And the reason why is because they are not vaccinating their kids … When we gave people the number of Somalis who were affected, that really clicked."

Check out this website for an overview of immunization laws specific to childcare centers: 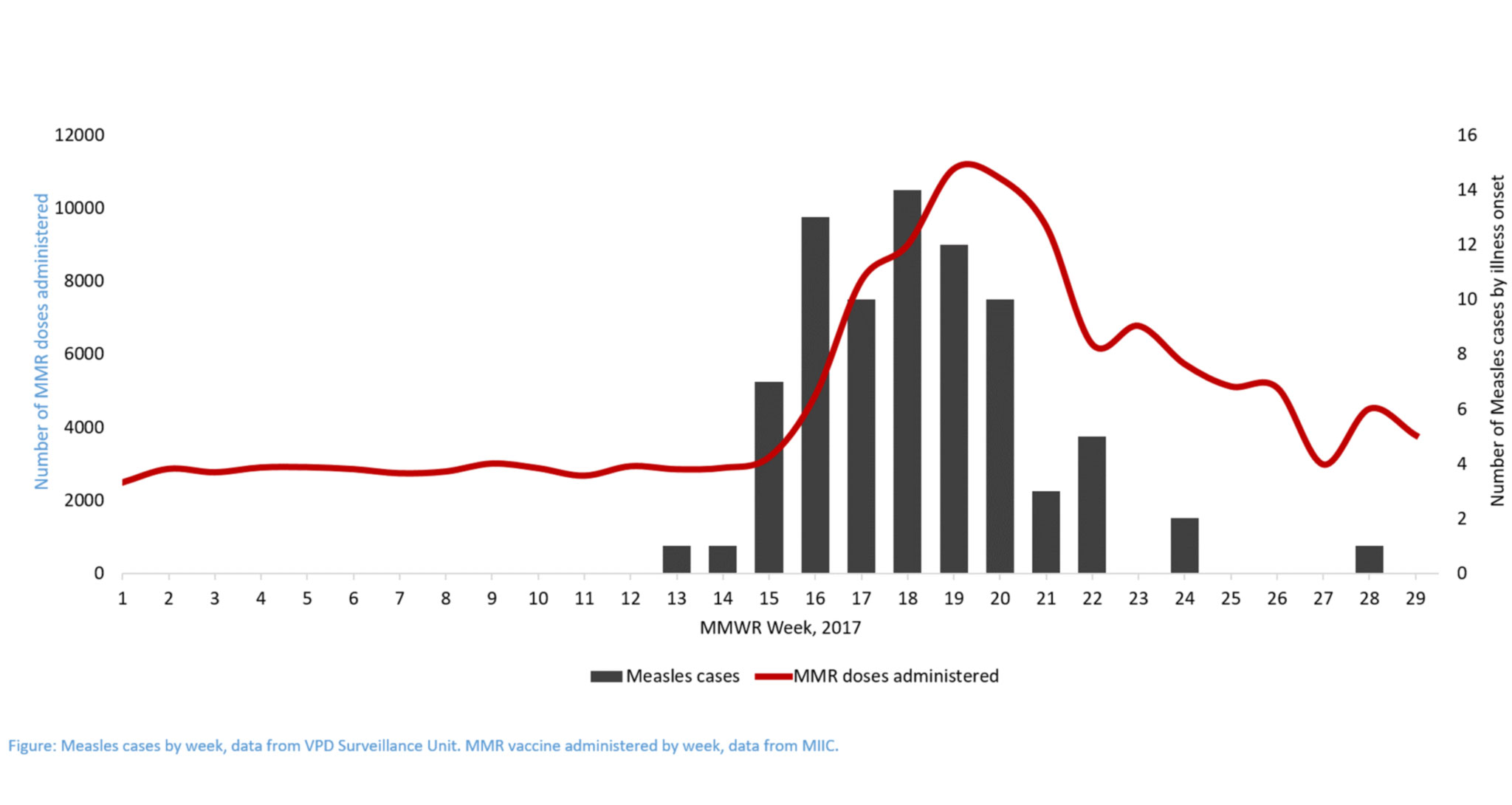