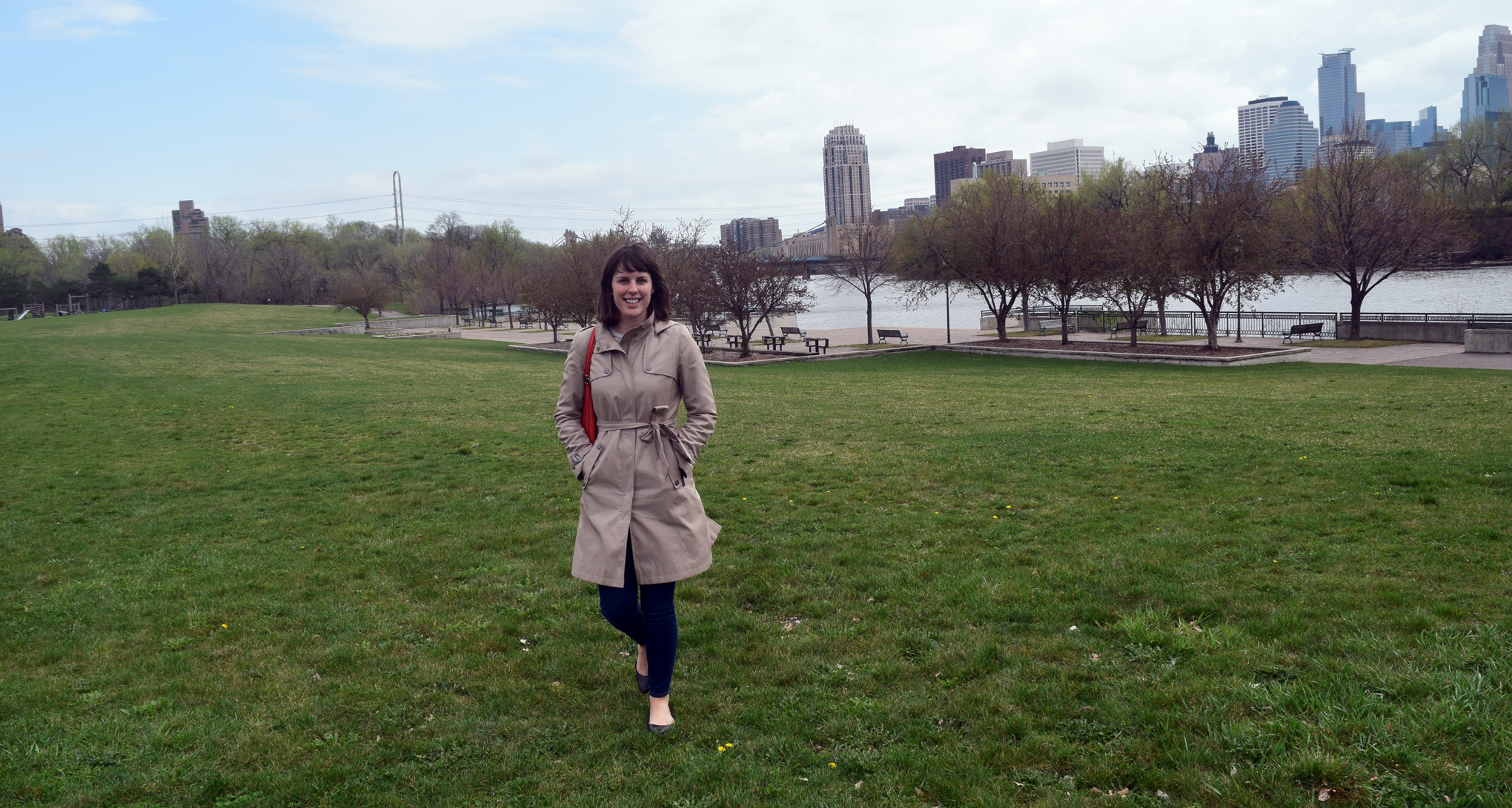 On February 18, 2015, Sarah Super was raped at knifepoint in her St. Paul apartment. The assailant -- her ex-boyfriend -- had entered the apartment through a window and hid inside a closet until Super went to sleep.

During the assault, Super escaped and ran to her neighbors’ apartment. Her ex fled in his car and was apprehended by police a few hours later.

Two days after the incident, Super returned to work. Because her wounds weren’t visible, she struggled with whether to tell anyone.

Later that week, she had an epiphany while at dinner with a childhood friend. When Super described what had happened on February 18, the friend confided that she’d been sexually assaulted in middle school.

“This is a person who I would have safely said I knew everything about,” Super explained. So, in that moment, “I realized that the silence of sexual assault even weaves between loved ones. We don’t tell our closest friends and family. Up until the time I was raped, I couldn’t name anyone this had happened to, but now I know that doesn’t mean I didn’t know rape survivors.”

Weeks later, Super called the Star Tribune to share her story. After it ran, she was inundated with emails from other sexual assault survivors. “You’re the first person I’m telling this to,” some of them said.

Slowly she conceptualized a way to honor those other battles, imagining an event where survivors could tell their story – and be met with validation – in a room full of other survivors and allies. She called it Break the Silence.

On July 28, 2015, Super’s ex-boyfriend was sentenced to 12 years in prison. Three weeks later, on August 18, she held her first Break the Silence event at the Urkranian Event Center in northeast Minneapolis. More than 150 people packed the venue, and 14 sexual assault survivors, including Super, shared their stories.

After each story, the audience repeated, “You are strong; you are courageous; you are inspiring.” Then the survivor lit a candle and placed it in the center of the room.

In the aftermath, friendships were forged and people shared pictures and messages on social media.

Super has held two more Break the Silence events since August 2015. At the most recent, in February 2016, 28 survivors shared their stories. One of them was 25-year-old Kelly-Jean Martinson, who learned about Break the Silence on Facebook.

At the event, Martinson revealed that she’d been raped on May 10, 2015, a week before her college graduation. After leaving a club in Minneapolis at around one a.m., Martinson flagged a taxi to take her to a friend’s house in Uptown. Instead, the driver drove an intoxicated Martinson to Plymouth and raped her.

The next morning, when Martinson awoke in Uptown, her friend asked, “Why didn’t you get here until five a.m.?” That’s when they began piecing things together. Martinson was bruised and bloody. Her cellphone app, which tracks its location, showed that she’d been in Plymouth for nearly two hours. Some faint memories surfaced: being in pain, her assailant saying her name.

Her friends took her to Hennepin County Medical Center and police opened an investigation.

About 20 of Martinson's friends and family members joined her at the Break the Silence event in February. After she shared her story and read a poem, the audience said, “You are strong; you are courageous; you are inspiring.” Then Martinson lit a candle and placed it in the center of the room.

“I’ve learned that there are no ‘right’ feelings and no ‘right’ way to heal,” she said. 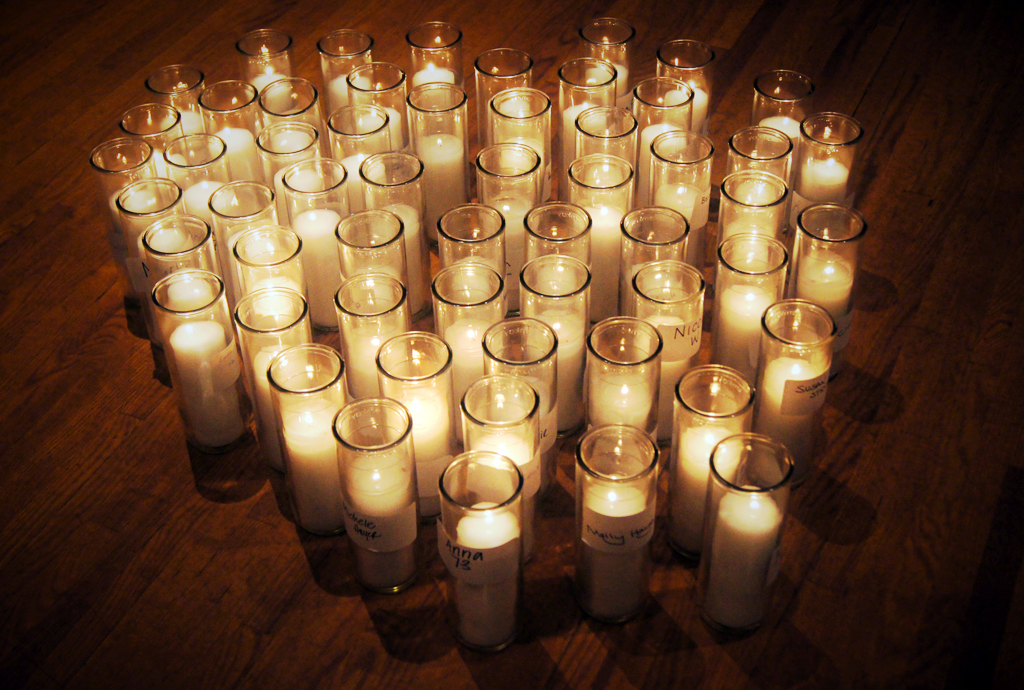 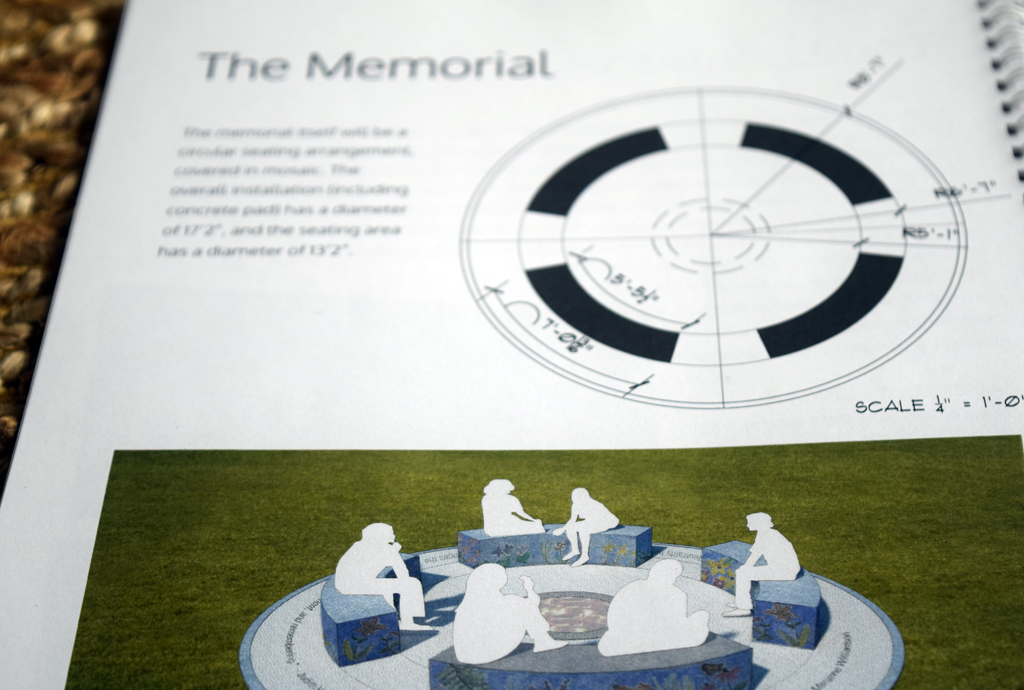 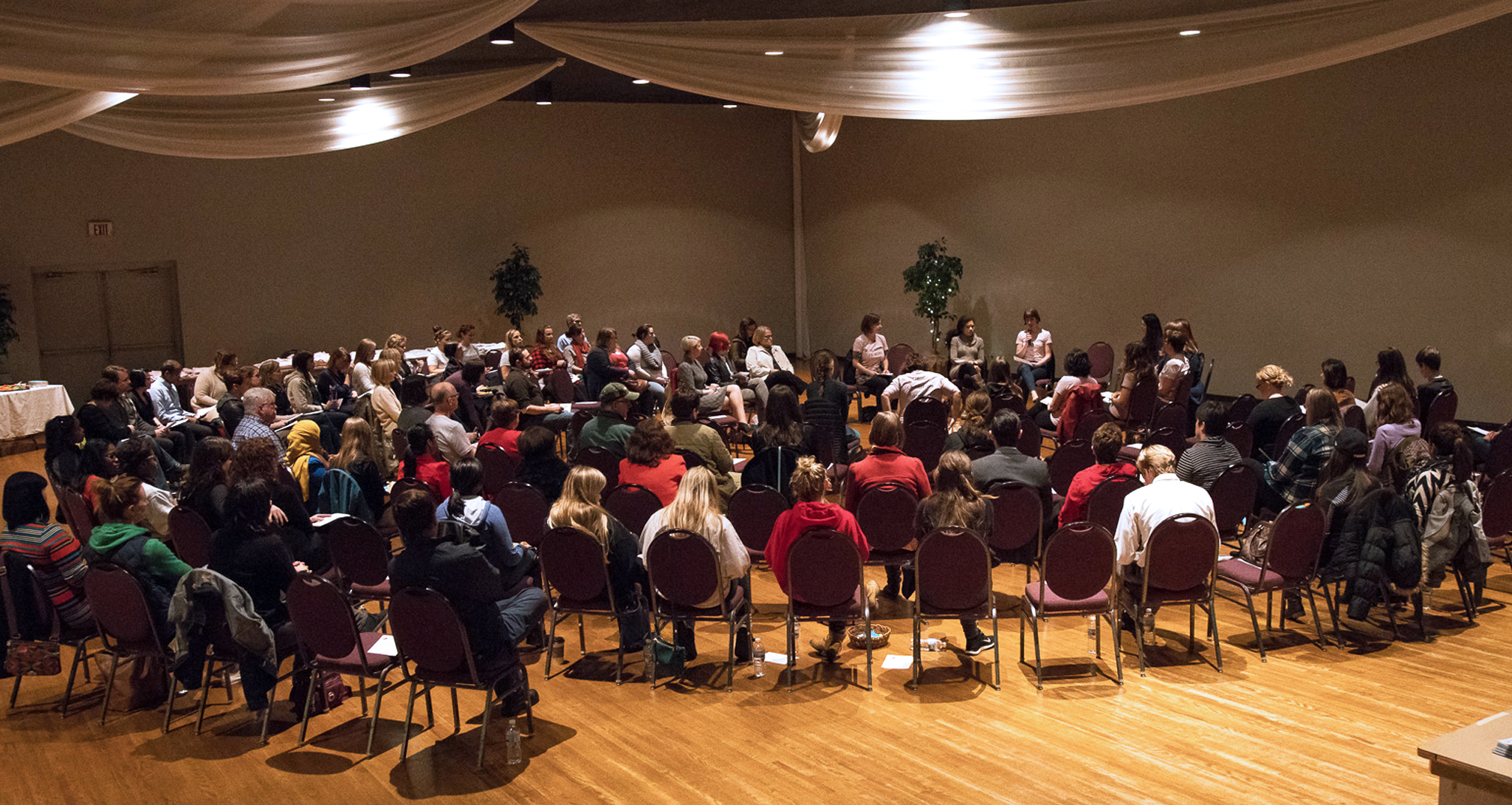 Another person to light a candle and to be called strong, courageous, and inspiring that day was Heather Peebles, a master’s in fine arts candidate at the Minneapolis College of Art and Design. Peebles’ assault occurred 11 years ago. Today, at 29, much of her art is about sexual assault.

“Sexual assault is an invisible issue,” Peebles said. “It’s really hard to share it with the people who are close to you because the assailant is often a person they know.”

At each event, survivors receive a bag with notes from other survivors and allies. For Peebles, one note stuck out. “I believe you,” someone had written.

In explaining why this note resonated, Peebles said, “The first reaction [to sexual assault] is often to blame the victim or to say that they are lying. I’ve been asked to ‘let it go.’ I’ve actually had people tell me, ‘Get over it!’ Break the Silence has given me validation that it’s OK to be angry.”

The first reaction [to sexual assault] is often to blame the victim or to say that they are lying. I’ve been asked to ‘let it go.’ I’ve actually had people tell me, ‘Get over it!’ Break the Silence has given me validation that it’s OK to be angry.

Less than a year after its launch, Break the Silence has a website, a public Facebook page, and a private Facebook page (for sexual assault survivors in Minnesota). On social media, there’s a burgeoning photo project with survivor pictures and vignettes. And a second Break the Silence chapter just launched in Virginia. Recently, Super submitted paperwork to turn her initiative into a 501(3)(c).

This spring, the Minneapolis Park and Recreation Board approved a proposal, submitted by Super, to create a memorial for rape survivors in a regional park. The location is yet to be determined, by Boom Island is likely. The memorial will be the first of its kind in the country.

“I hope that Break the Silence becomes a national movement,” Super said. “I hope that people start to realize that survivors surround them and that they also know perpetrators. If people were to see how many survivors and perpetrators surrounded them, then I believe we’d start to attend to this issue with more urgency.”

On February 18, 2016, Super passed the one-year anniversary of her rape. Instead of staying home, she hired a DJ and threw a dance party at Ginger Hop in northeast Minneapolis. Dozens of people attended; many had met through Break the Silence.

That community is everything.

A community of allies is exactly what she’s created. 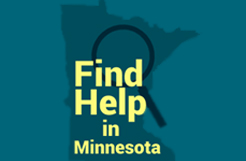 Use this tool to access all types of victim services in your county or region.