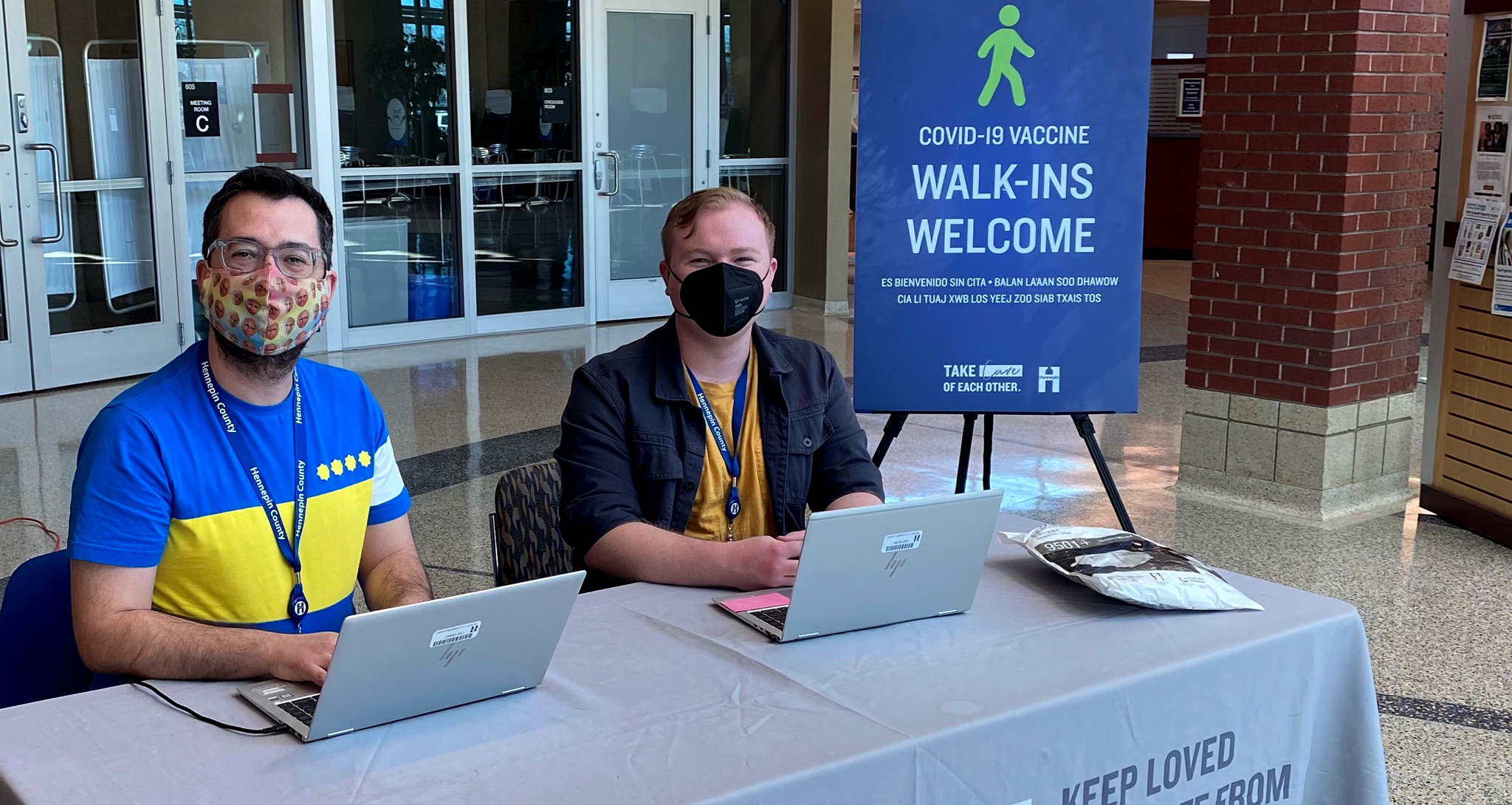 Hennepin County created the COVID-19 response task force (RTF) in order to align resources and better support the community. As the pandemic evolved, so did RTF staff roles and assignments. These staff were crucial to the success of Hennepin’s efforts. For example, thanks to their work, Hennepin County has successfully administered nearly 70,000 vaccinations. See Hennepin County’s COVID-19 dashboard for the most up-to-date numbers.

We spoke with Wyatt Anderson, Kamiko Higashi, and Aaron Hartung and asked them to share insights from the field.

Response task force staff were crucial to the success of the county's pandemic efforts, helping to administer nearly 70,000 vaccinations.

How they got involved

RTF staff came from a variety of backgrounds and working experiences. For Wyatt, this was his first job out of college. With his senior year cut short and prospective jobs no longer in sight, he was looking for a sense of purpose and way to confront what was happening. When he saw the job opening at Hennepin County, he knew it would be a good fit.

In July 2020, Kamiko moved back to Minnesota after serving four years in the Navy. She heard about the RTF position while working in another Hennepin County limited duration position – ballot counting. Kamiko had intentions of pursuing a public health career, after minoring in public health in college, but never could have anticipated it would be in this capacity.

Aaron was looking for a new opportunity at the beginning of the pandemic. He knew he wanted to make a difference and saw the RTF work as a chance to do so. Aaron previously worked as a Spanish interpreter and found his language skills were vital to conversations with some community members.

At the beginning of their work with the RTF, setting up community testing at long-term care facilities was the main priority. Residents in a facility would continue to be tested until there were two weeks of no positive cases.

There were many challenges. Long-term care facility residents did not understand why they were being tested so frequently. They also did not enjoy nasal swabs. Kamiko described the scene as “strangers walking into your home... dressed head to toe in PPE. Residents could not even see our facial expressions. Sometimes, it felt intrusive.”

Although they had full PPE (e.g., gowns, face shields, N95s) Aaron says, “there was still a lingering feeling of anxiety or fear when we entered a space where there were known positive cases of COVID,” especially in the early days when so much was still unknown about the virus.

At one long-term care facility, Aaron recalls helping a resident whose only language was Spanish. The facility staff didn’t speak Spanish and could not communicate with the resident that there was an outbreak. Aaron was able to answer the resident's questions and put them at ease.

Work with community organizations also had its challenges. At times, it was hard to meet expectations from community partners who wanted to set up a testing site – not all facilities could ensure best practices for clinical services like privacy and space. For Wyatt, having those conversations was difficult, but eye-opening for how public health can better support community. He was glad to say that they would never turn down a site request without exploring alternatives. 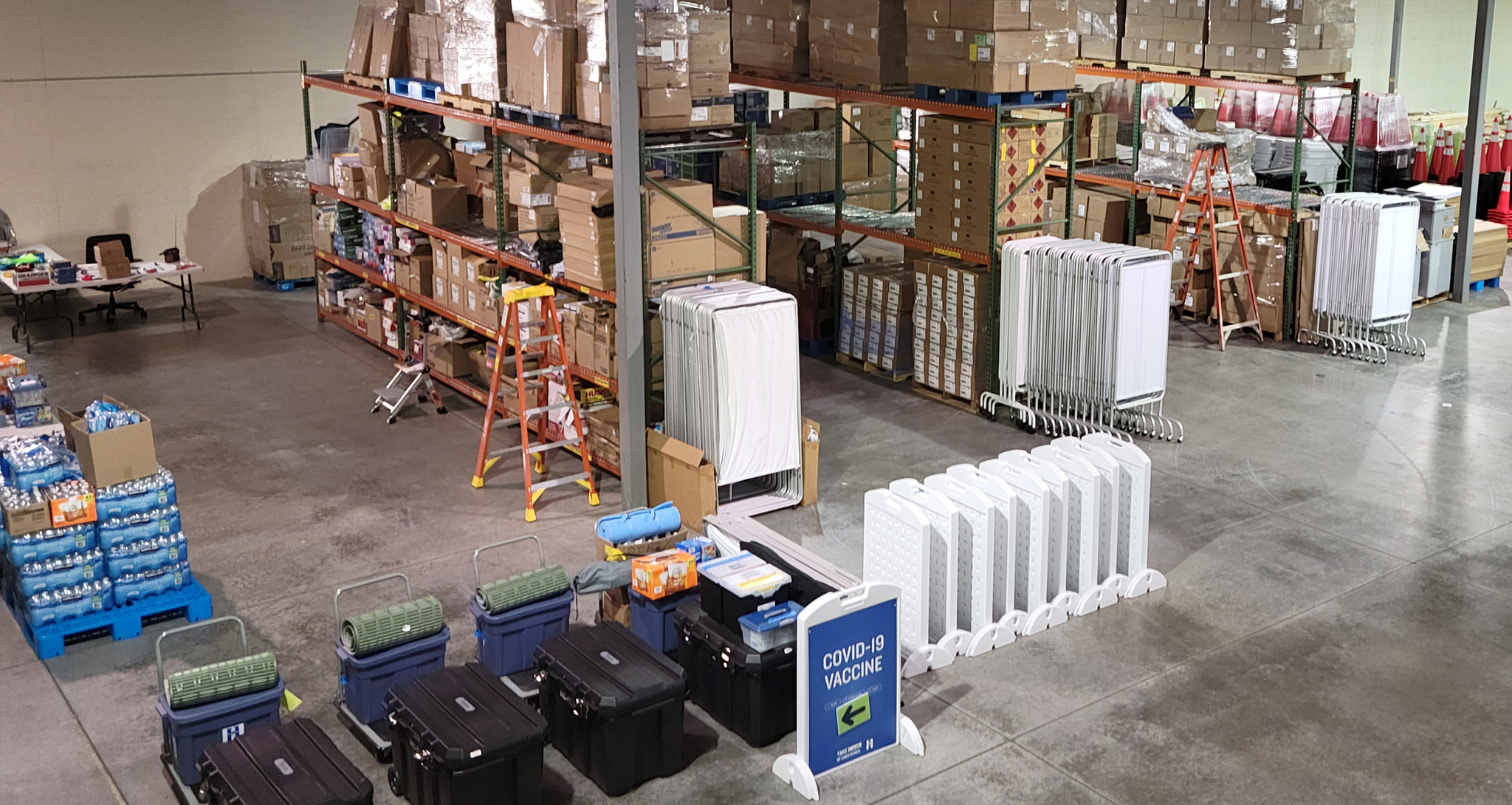 RTF staff remarked that there was a noticeable change in tone once efforts became focused on vaccines. When they started vaccine clinics, Aaron recalls a lot of emotion when people would show up to get vaccinated. He says, “Knowing I was helping people get back to something they’d been missing felt really great and will stick with me.”

People were now voluntarily coming to clinics for something they wanted, which to Kamiko, “felt like a positive step.” She says, “People would share snippets of their lives and say, ‘I’m so excited to finally see my mom after two years’ or tell us how this made them feel safer for their kids.”

Kamiko notes that it was interesting to watch trends change with the vaccine rollout. She says, “People who were pro-vaccine came right away, but for people who came in later months, we had to change the way we talked to them to address their hesitancy.”

Many of the clinics were set up at schools. When it came time to vaccinate children in high school and middle school, some parents had doubts. Aaron found himself answering a lot of questions, which included dispelling vaccine misinformation. As one of a handful of Spanish speakers in the RTF, he also helped nurses talk to Spanish speakers with vaccine hesitancy.

When asked how they were able to educate and persuade people to get vaccinated, Aaron credits the effectiveness of Hennepin County’s trusted messengers such as Mwanyagetinge USA. He says “We invited leaders to come and have lots of conversations with community members to help them come around to vaccines. It was helpful to have someone they knew or recognized talk to them rather than only a stranger.” 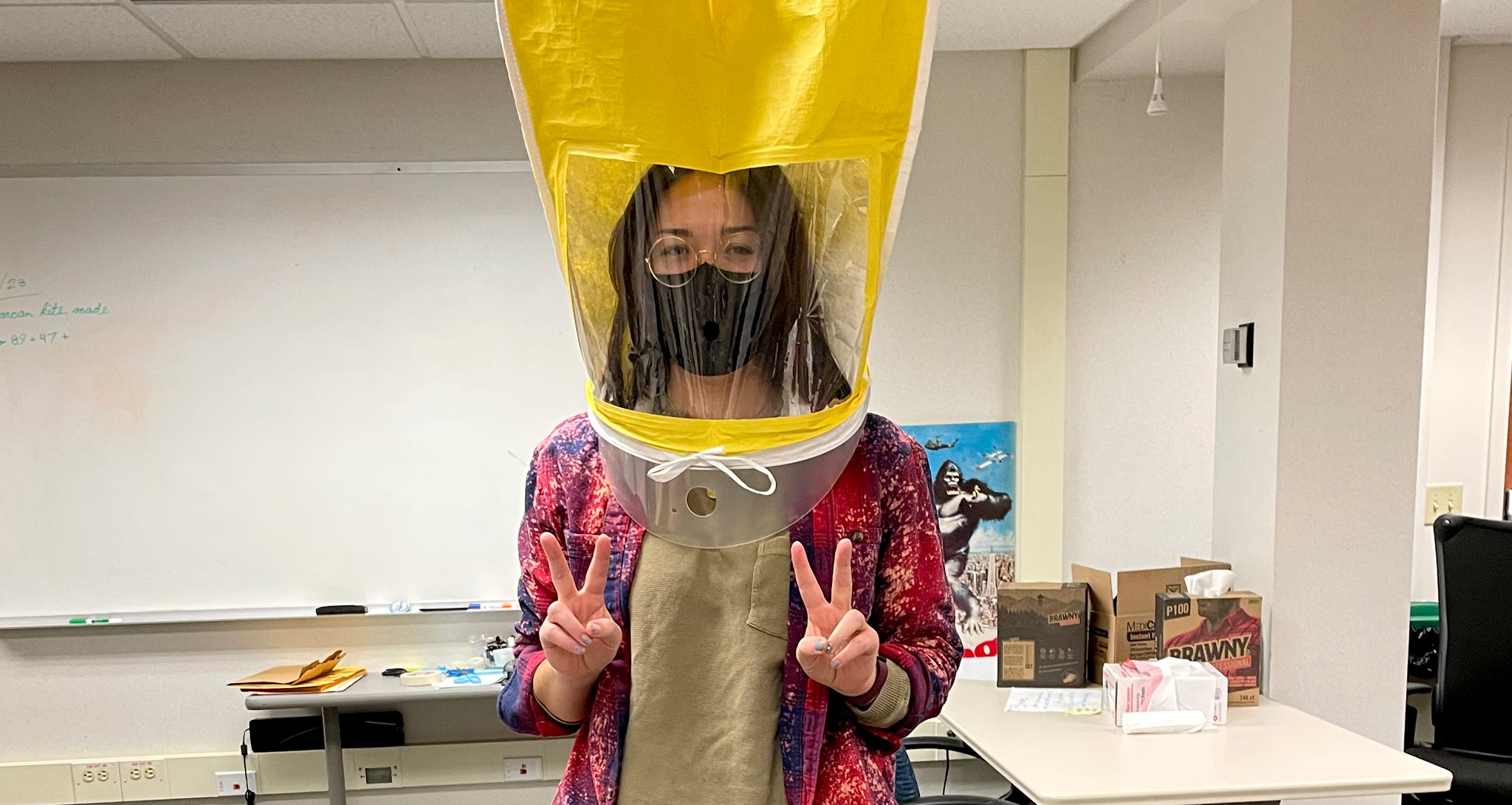 What they’re taking with them

Each of our interviewees said they learned to be adaptable and resilient and will be bringing those lessons with them as they continue their careers.

For Wyatt, the RTF was a crash course in public health. He says “I don’t have a normal day job. My job is COVID. I didn’t have another job to compare to, but every day I was setting the rails down as I went. I learned to be very quick and adaptable. Our backup plans tended to have back up plans – we were constantly adapting.” Now, he says any challenges he encounters seem manageable, and he is not overwhelmed or surprised when things change.

To Kamiko, a questioning attitude was incredibly important for the constantly evolving situation. “Sometimes,” she says, “decisions were made that would make sense at first glance but would cause safety concerns with social distancing.” She learned to raise concerns to make sure staff and residents were safe. In her new role on the public health assessment team, she continues to offer suggestions for improvement. “As the new person, I’m able to come in and look at how we’re doing things with fresh eyes, which the team has supported.”

Aaron did not have experience with public health prior to working with the RTF. When reflecting on what he found valuable he says, “it was important that we had a diverse team of coworkers, specifically in the RTF, as the front-facing COVID staff of Hennepin County. I could see people respond positively to seeing themselves reflected in our staff.” He also says he didn’t think he’d have a favorite N95 mask, but he does. “For anyone wondering, it’s the 3M flat-fold model.”