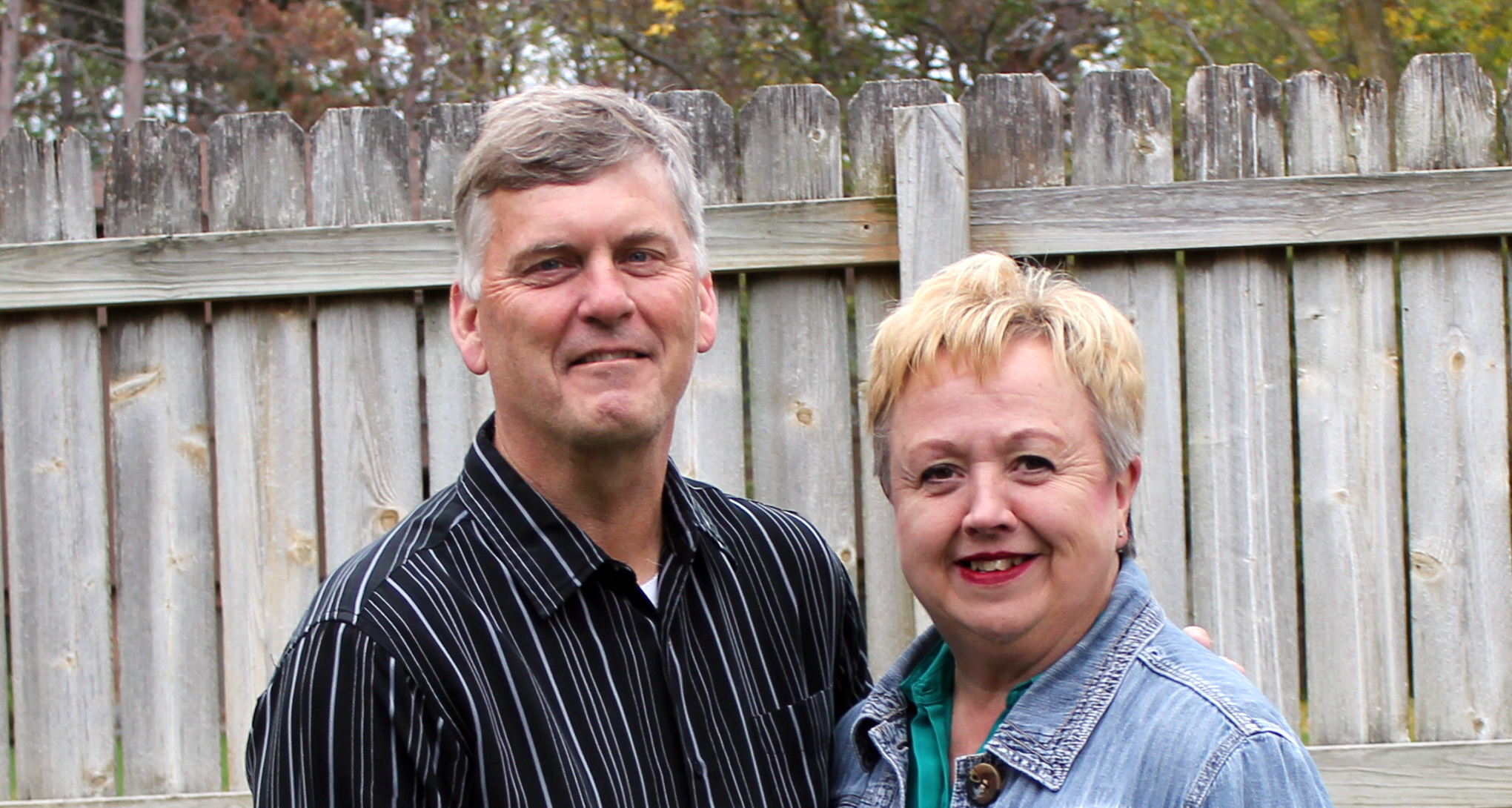 Gambling it all away

Keith Christopherson began gambling in 2011, the year his father was placed in a hospice. At first, it was just scratch offs. But after his father died in November that year, Keith began visiting the casino.

“I never dealt with my dad’s passing,” he says in retrospect. “I never mourned my dad’s death. I just kept on stuffing it inside.”

Before long, Keith was visiting the Grand Casino Hinckley almost daily. Although he worked in St. Paul and lived in Coon Rapids, Keith gambled in Hinckley because he thought it was less likely he’d run into people he knew there.

Keith typically arrived at the casino at 6:30 p.m. and gambled until 4:30 in the morning. Some nights, when he was winning, he’d spend four to five thousand dollars. Afterward, he’d head back to St. Paul and start another work day.

In order to stay awake and alert on so little sleep, Keith turned to methamphetamine. Soon he was not only addicted to gambling, but to meth, too – and later to other drugs.

Some gamblers are seeking excitement or action in gambling; others, like Keith, are looking more for escape or numbing.

The American Psychiatric Association lists nine gambling disorder diagnostic criteria. Among others, they include: repeated unsuccessful efforts to control, cut back on or stop gambling; lying to conceal gambling activity; and jeopardizing or losing a significant relationship, job or educational/career opportunity because of gambling. A diagnosis of gambling disorder requires at least four of the nine criteria during the past twelve months.

According to the National Council on Problem Gambling, an estimated two million American adults meet the American Psychiatric Association’s criteria for gambling disorder in a given year. Another four to six million adults would be considered problem gamblers; that is, they do not meet the full diagnostic criteria for gambling disorder, but they meet one of more of the criteria, and are experiencing problems due to their behavior. 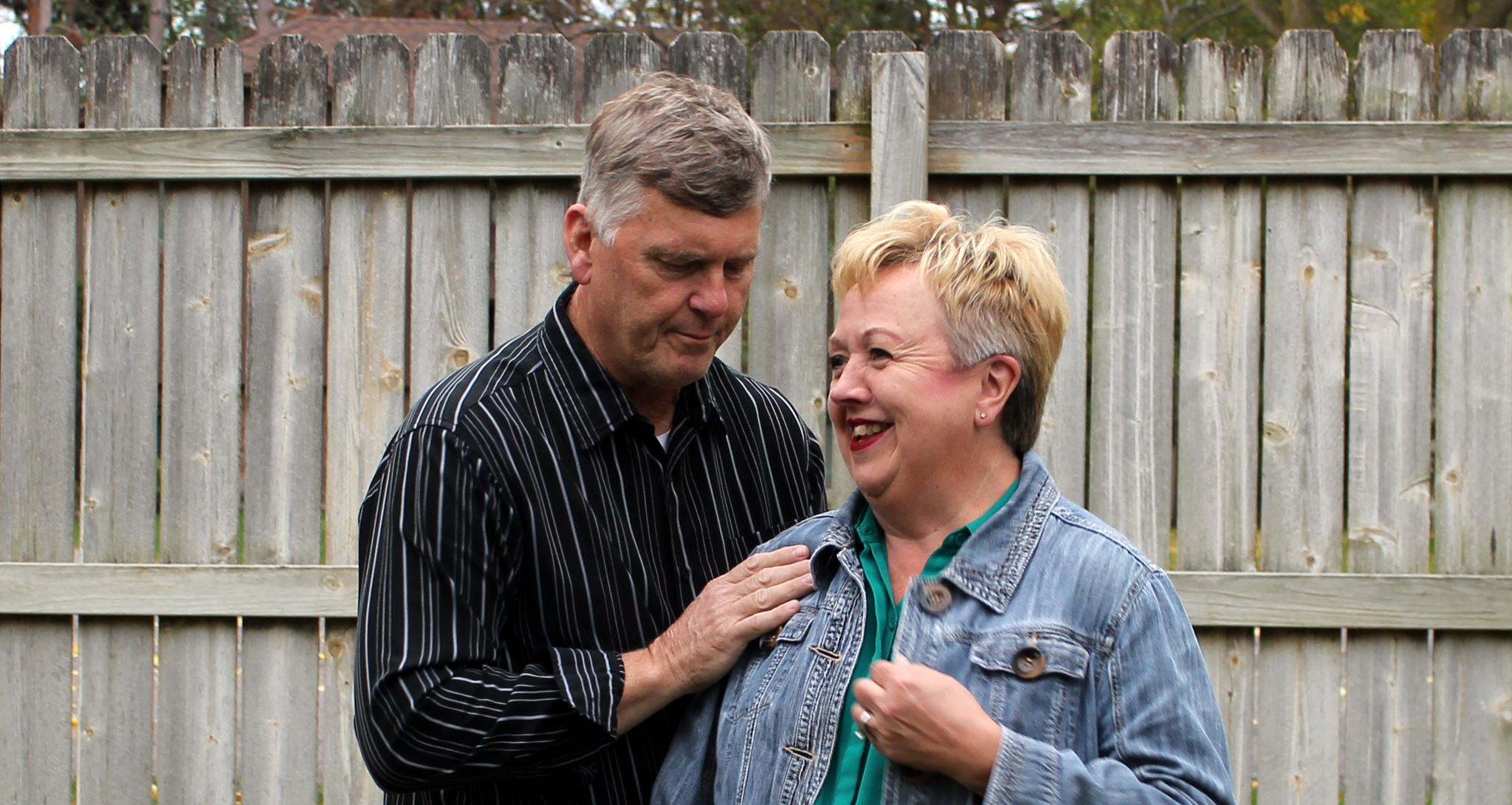 Keith’s wife, Karen, says she knew something was going on when Keith stopped coming home most evenings. But she never considered that it was gambling disorder.

“I knew Keith gambled occasionally,” Karen says. “But there was never enough money missing from our accounts for me to think that it was a regular occurrence.”

Instead, Karen assumed that Keith was working long hours and had elected to stay overnight in St. Paul; he leased an apartment near his office for days when he wanted to avoid a commute.

Additionally, their marriage was falling apart, and Karen assumed that Keith was avoiding her or having an affair.

“I was actually relieved when Keith was gone all the time, because then we didn’t have to be together,” she admits.

In December 2012, the couple filed for divorce. At the time, they’d been married 33 years and had three adult children. Despite the divorce, Karen met Keith regularly to make sure he was taking care of himself.

Lying to conceal gambling activity, and jeopardizing or losing a significant relationship, job or educational/career opportunity are two of the diagnostic criteria for gambling disorder.

In February 2013, a month after his divorce was finalized, Keith started using a company credit card to fund his gambling addiction.

“The really ironic part of it was that … I knew it would come out,” Keith says, explaining that his company conducted monthly credit card audits. “But in my mind I thought I could win the money back.”

Shortly after the next audit, the company’s general manager called Keith to tell him he knew about the gambling problem. He helped Keith check in to the Vanguard Center for Gambling Recovery at Project Turnabout, a treatment facility in Granite Falls, Minnesota, the very next day.

Keith was not keen on going to treatment, but he assumed that if he didn’t go, he would lose his job.

When Karen heard the news, she was shocked. “I felt cut off at the knees or like the air was sucked right out of my lungs,” she says. “I wondered what I did to make this happen or what I could do fix it.” 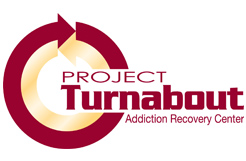 The Vanguard Center for Gambling Recovery at Project Turnabout is one of the only inpatient treatment centers for gamblers in America. 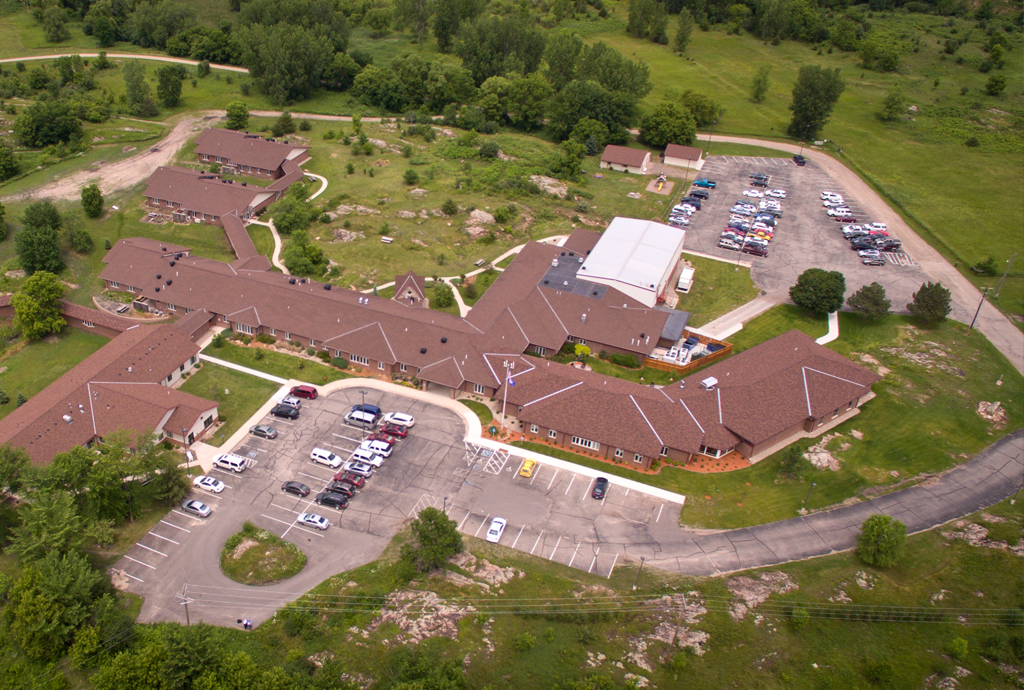 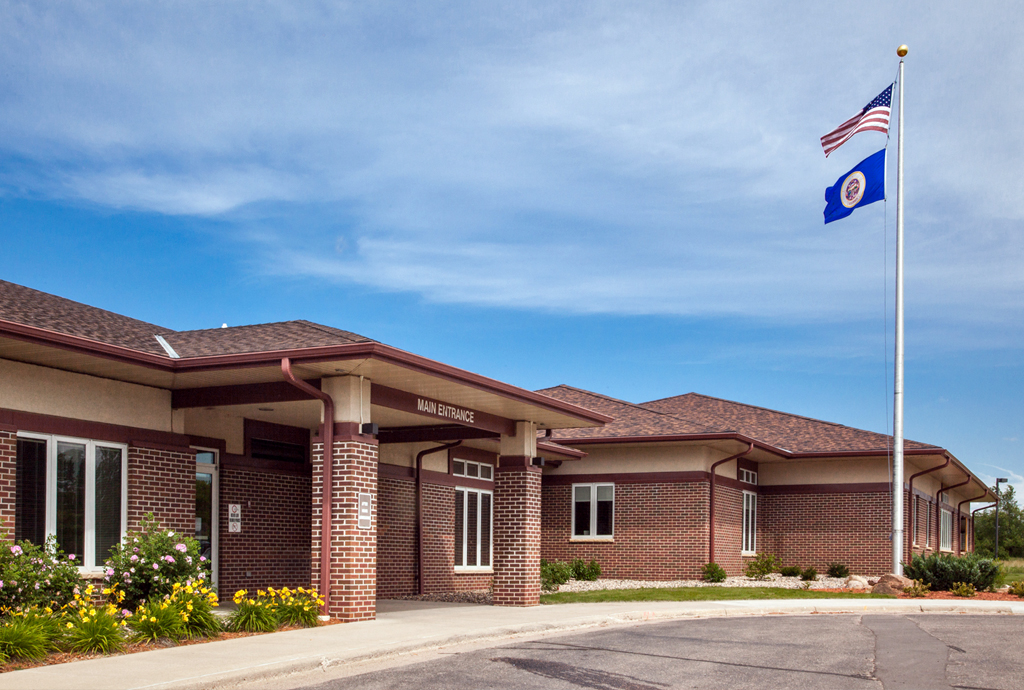 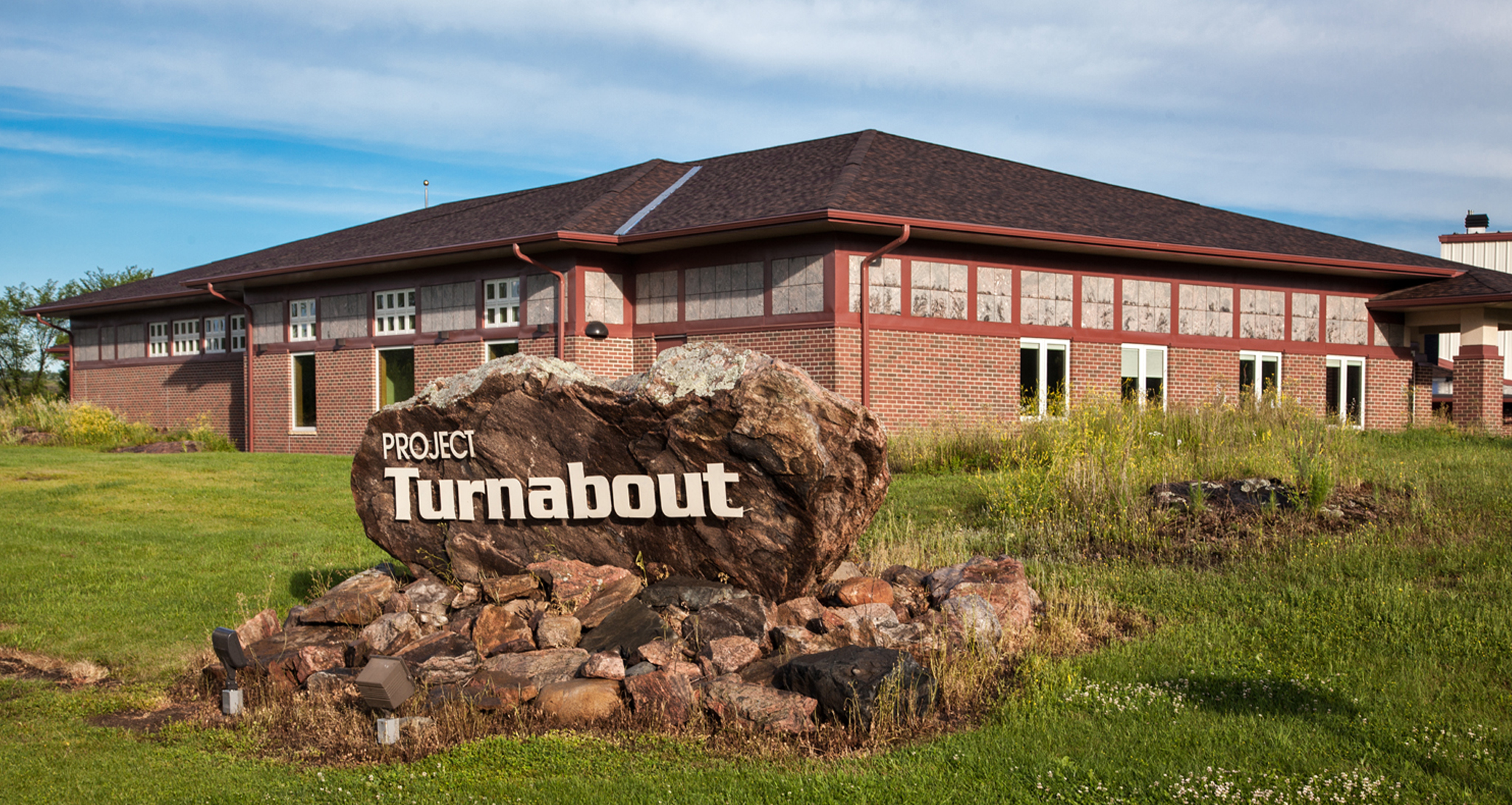 In June 2013, Keith finished his stint at the Vanguard Center for Gambling Recovery, and Karen came to pick him up. On the drive home, Keith learned that this company’s executive board wanted to meet with him. At that meeting, the board requested that Keith retire or resign.

Losing his job sent Keith into a spiral of depression. Within three weeks, he began gambling and using drugs, again.

Until that point, Keith had managed to keep his drug addiction hidden from everyone, including staff at the Vanguard Center for Gambling Recovery. But after he was released from treatment, Karen began spending more time with Keith, reasoning that it might prevent him from gambling. It was during these times together that she discovered drug paraphernalia in the pocket of Keith’s clothes and noted that he spent excessive time in the bathroom.

In November 2013, Karen and the children convinced Keith to go to drug abuse treatment at Hazelden. But a few weeks after getting out, he relapsed again.

“I watched Keith get better and fall again, and by the third time I was ready to say, ‘I can’t do this anymore. I’m done,'" Karen says. “'You have to make a choice because I’m not going to keep living like this.'”

She wasn’t the only family member at their wit’s end. “Our son was fed up,” says Keith. “Our daughters were hanging in there, but they didn’t understand.”

While some people can stop gambling on their own, many need treatment to address the problem. And, they may need to engage in treatment multiple times. But less than 10 percent of people with gambling disorder seek professional help.

While some people can stop gambling on their own, many need treatment to address the problem. And, like Keith, they may need to engage in treatment multiple times.

But less than 10 percent of people with gambling disorder seek professional help.

Family and friends of people with gambling disorder may benefit from treatment, too. Luckily, there are many resources; for instance, Gam-Anon offers support groups specifically for gamblers’ loved ones. 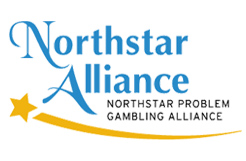 NorthStar Problem Gambling Alliance offers resources for gamblers and their friends and family. 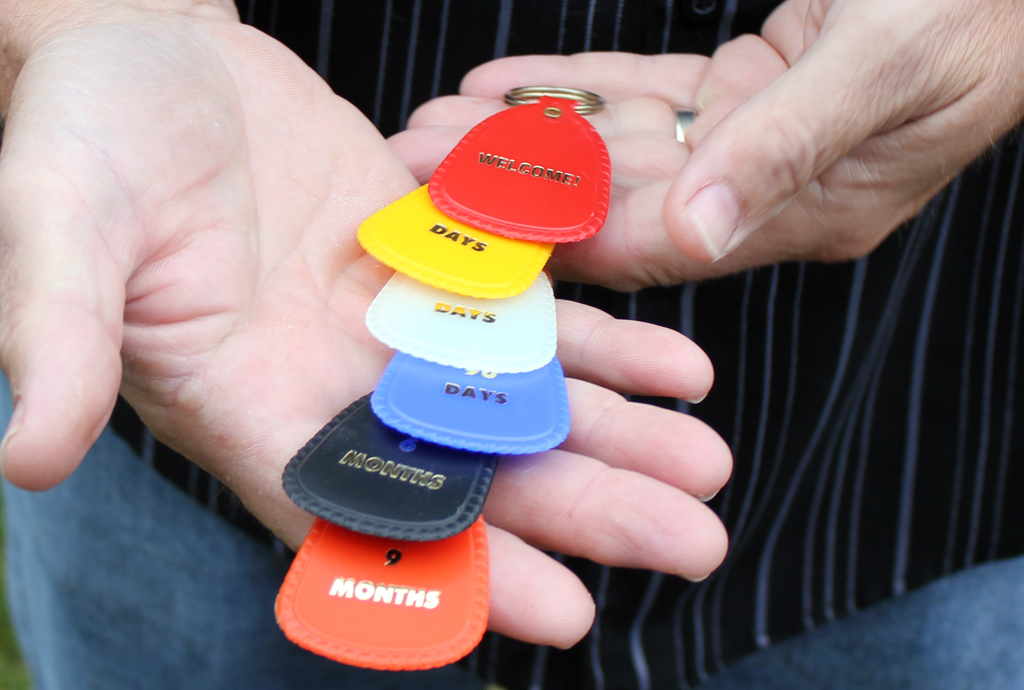 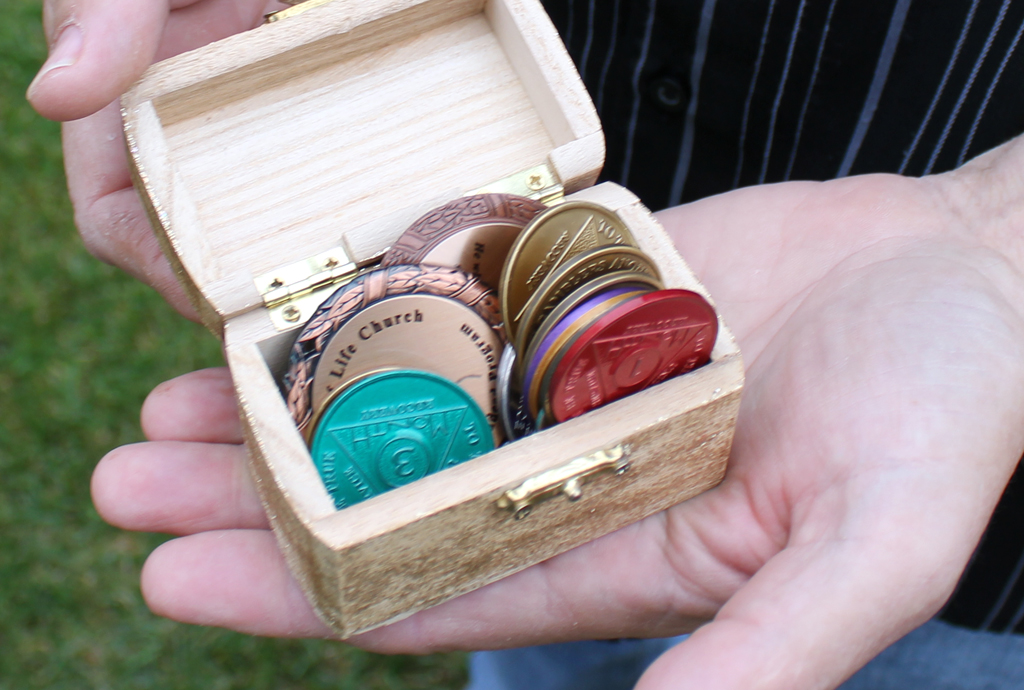 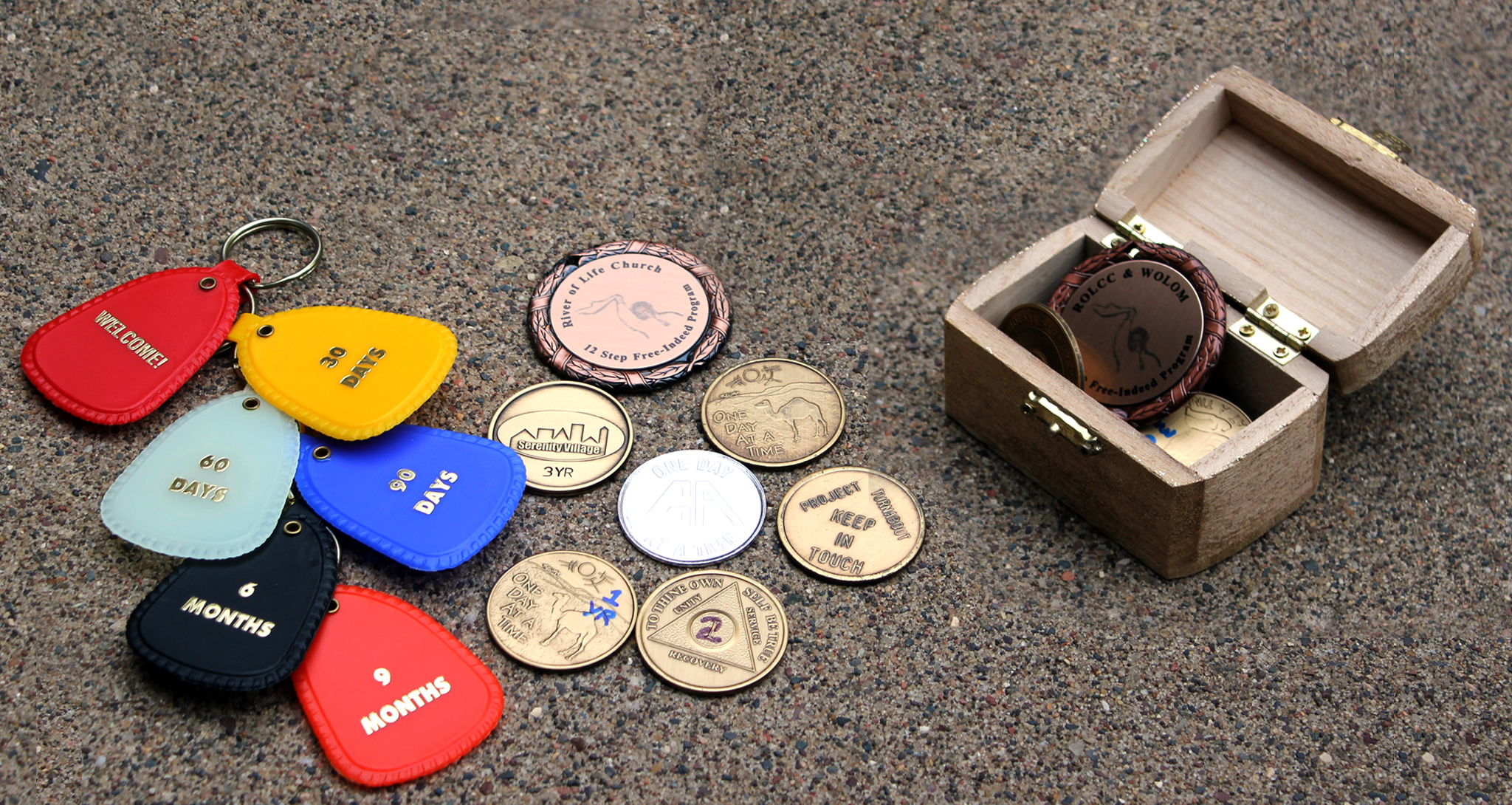 In February 2014, Keith went to his third treatment. But this time, things were different.

Keith Christopherson, on why his third treatment for gambling disorder was successful

Keith and Karen’s first grandson was born on March 17, while he was in treatment. “That was a reality check,” Keith says. He realized he should be sober and at home celebrating. To this day, he considers March 17 the anniversary of his sobriety.

After he left the Vanguard Center for Gambling Recovery, Keith spent some time at Serenity Homes, a transitional housing facility for people in addiction recovery. While there, he was connected to the Serenity Village Community Church. “That was also a game changer,” Keith says. “I met all these people … who became family … I learned that I needed to forgive myself for all the things I’d done wrong.” 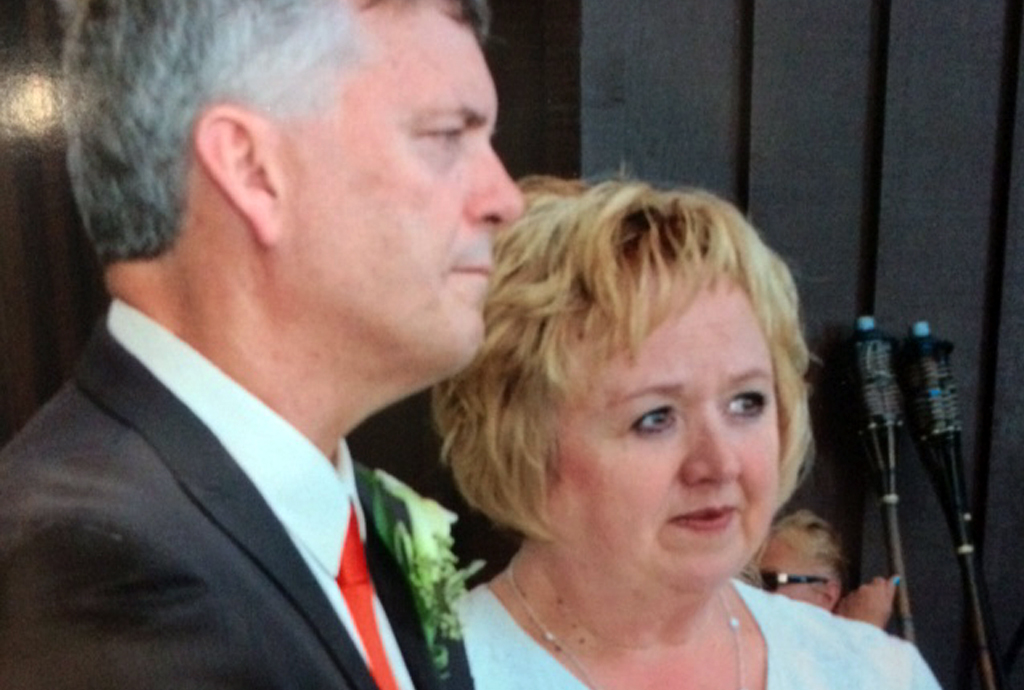 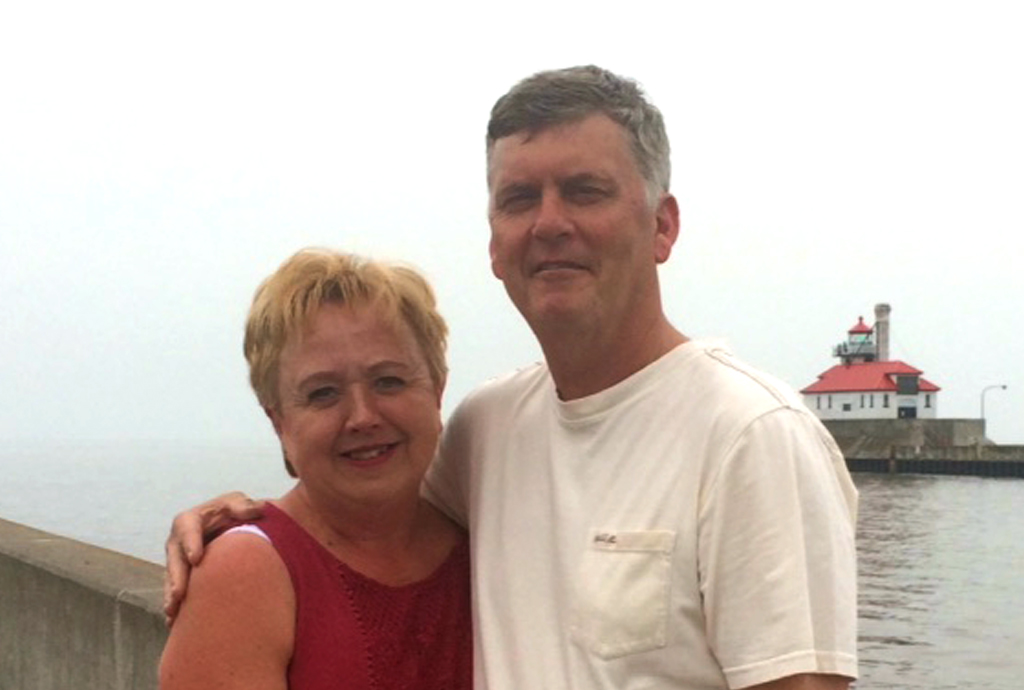 In 2014, Keith and Karen reconciled and remarried. They’ve since welcomed two more grandsons.

Keith and Karen remained connected to Serenity Village and the Vanguard Center for Gambling Recovery and are eager to share their story with others.

“Gambling has the highest suicide rate of any addiction,” Karen says. “But it is not recognized by a lot of people as an addiction, and many insurance companies do not cover compulsive gambling treatment. But it is truly a disease … I can walk into a casino and I can leave. An addict … doesn’t have that shut off valve. An addict can’t stop.”

In addition to spreading awareness about gambling disorder, Keith and Karen say that sharing their story has helped Keith maintain his sobriety.

“The key to the whole recovery piece … is that in order to get recovery you have to give it away …” Keith says. “In order to really understand recovery you have to keep reaching out and helping others … As long as I keep [telling my story] I can keep that as a reminder to myself of how terrible [addiction] was without having to go back and relive it.”