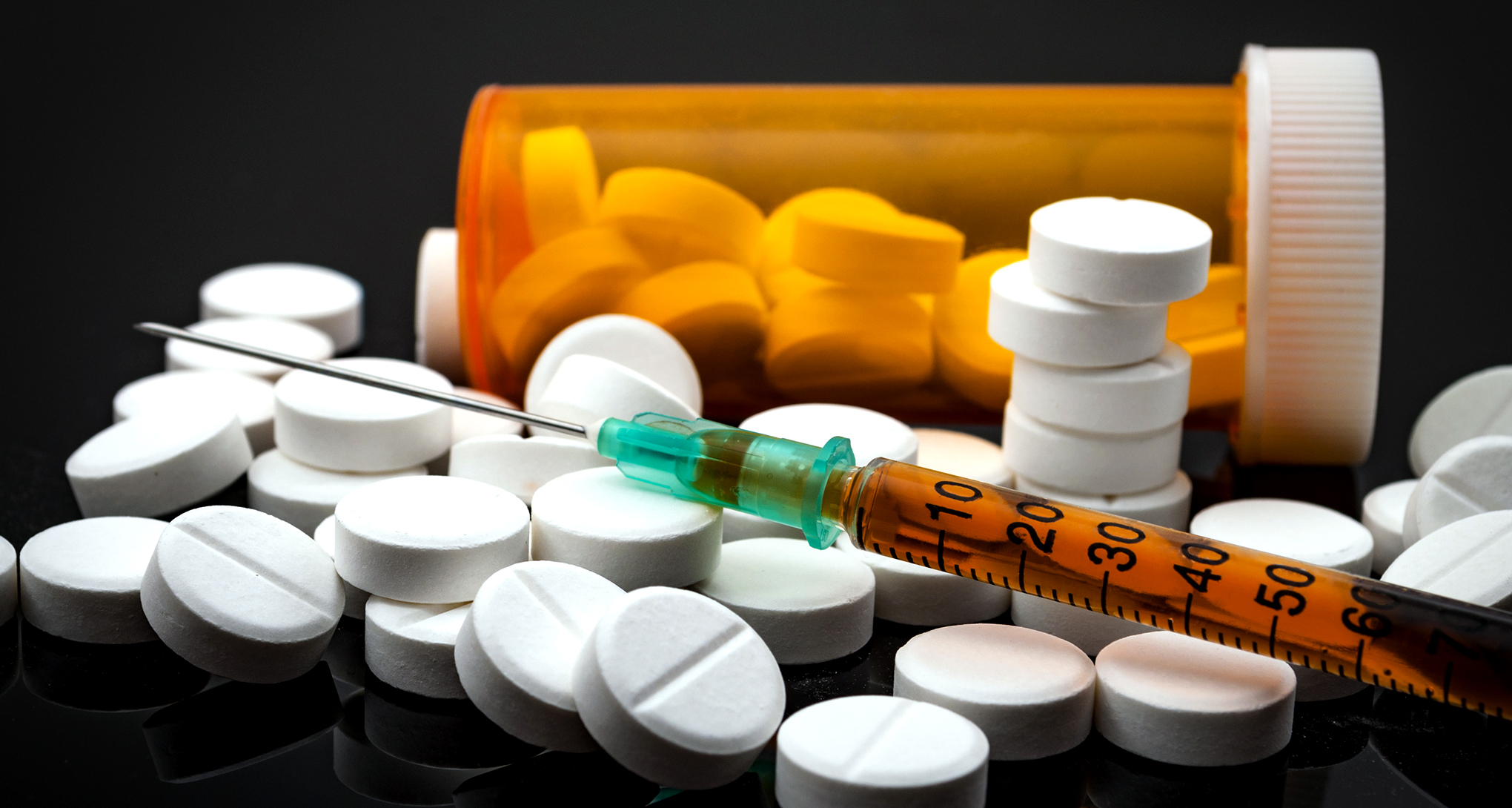 Across the country, millions of people are abusing opioids, a class of drugs that includes the prescription pain relievers oxycodone, hydrocodone, codeine, morphine, and fentanyl, as well as the illicit drug heroin. Opioids act on receptors in the body to reduce pain perception and, because they also trigger the release of dopamine, they can be highly addicting.

According to The National Institute of Drug Abuse, two million Americans suffered from substance use disorders related to opioid prescription pain relievers in 2015 (and 519,000 from a substance abuse disorder related to heroin), and those numbers have only increased since then.

A subset of people who use opioids will also ultimately die from them. In 2016, 42,000 Americans died from opioid overdose deaths – more than the number killed that year by gunfire, traffic accidents, or AIDS.

In 2016, 42,000 Americans died from opioid overdose deaths – more than the number killed that year by gunfire, traffic accidents, or AIDS.

These same trends are playing out in the Twin Cities. In 2017, 162 people in Hennepin County died from an opioid overdose.

A new Hennepin County opioid prevention strategy will strive to combat this trend locally, building on a variety of ongoing efforts. The new plan includes engaging disproportionately impacted communities, educating prescribers, revising the county's policy and procedures on Naloxone (a drug that can prevent an opioid overdose), and hiring a county-wide coordinator to bring raised attention to the issue.

Opioid abuse is a complex problem that requires multiple solutions. It’s also a problem that affects people of all ages, races, and income levels.

In this article we feature Steve Rummler, a Twin Cities financial planner whose opioid abuse and overdose story parallels many thousands of others. 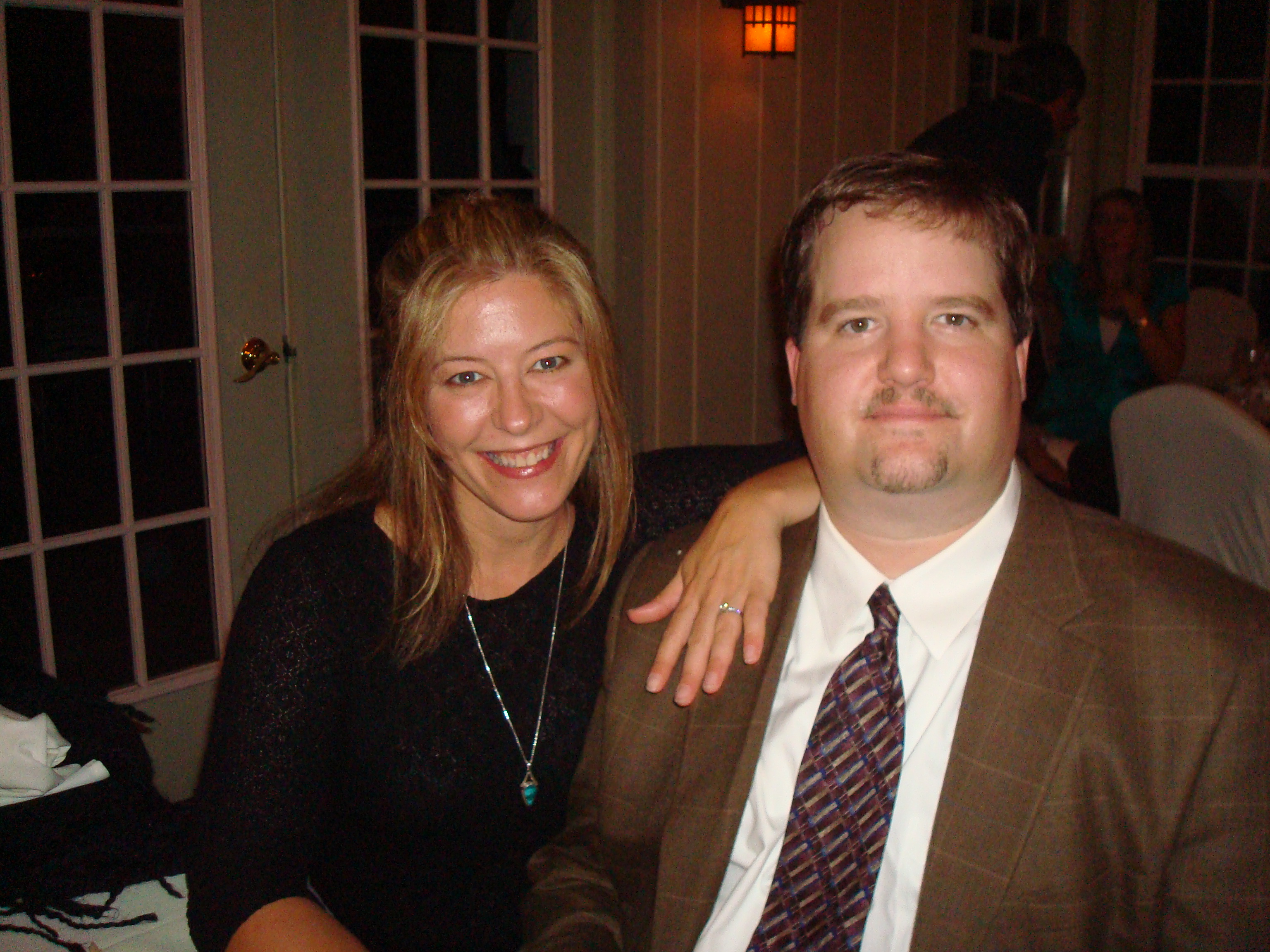 Steve Rummler’s story began in December 1996, with a devastating back injury. The injury left Rummler with continuous electric-shock-like pain up and down his spine, and for nine years, his doctors struggled to diagnose and treat his condition.

But then, in 2005, Rummler was prescribed opioids by a physician who’d been taught that they were safe and effective for long-term use.

At first, Rummler thought the opioids were a miracle. But as years passed, he became addicted to them, and had to take larger and larger doses to achieve the same pain-numbing effects. By 2009, he was getting opioid prescriptions from multiple doctors. By 2011, he found a doctor who agreed to prescribe him opioids in the quantities he requested.

In April 2011, Rummler’s concerned loved ones staged an intervention. With their support, he agreed to enter a 28-day drug addiction treatment program at Hazelden. 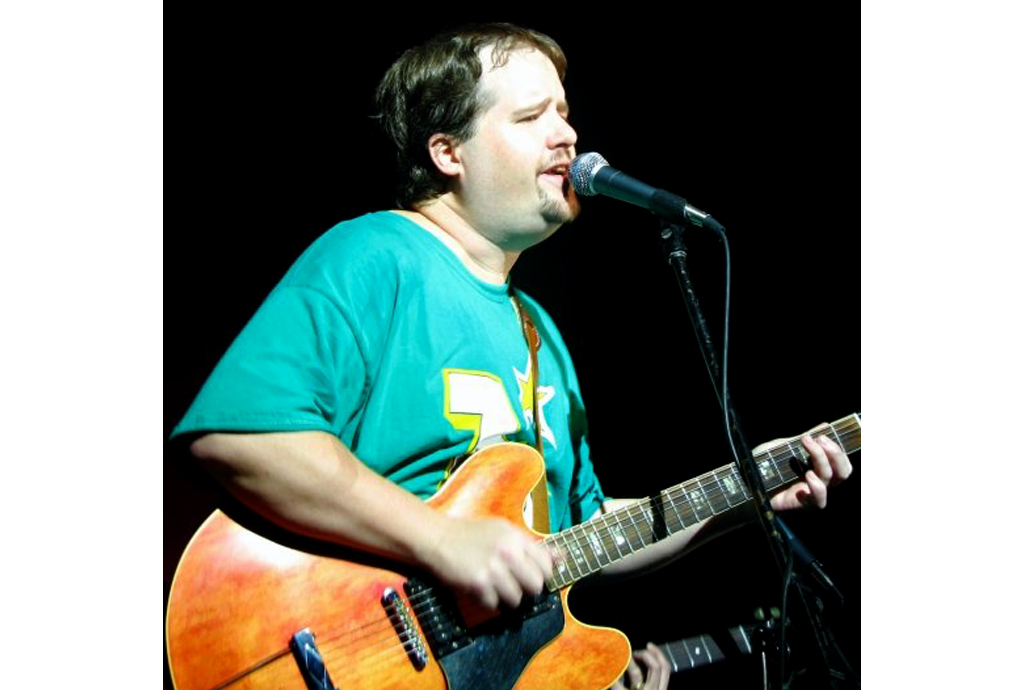 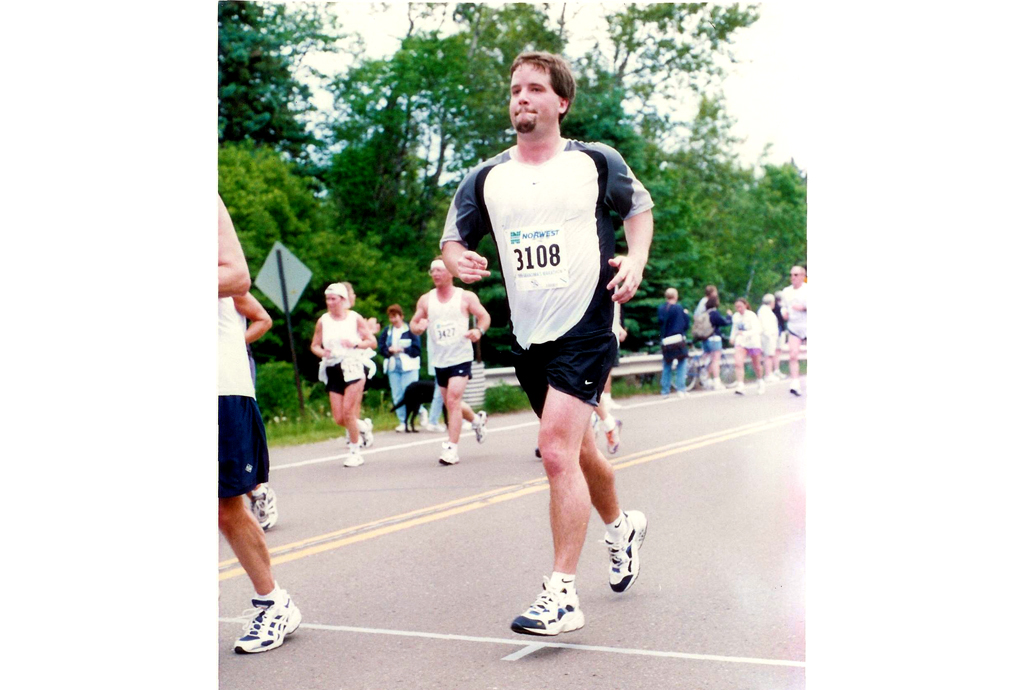 Rummler’s family now sees that 28 days of treatment was not enough for someone who’d been addicted to opioids for six years. But at the time, Rummler’s insurance would not cover a longer stay.

Shortly after Rummler left treatment, he picked up some prescription refills that were still at the pharmacy and began to use them. Initially, he managed to keep his drug use hidden. But in June 2011, Rummler’s fiancée Lexi Reed Holtum says it became clear he’d relapsed. The couple remained engaged, but Reed Holtum moved out of their house.

In the days that followed, Rummler ran out of refills and met three men who were also addicted to opioids. The group bought heroin and alcohol and went back to Rummler’s house to use it.

Rummler had agreed to return to treatment on Monday, July 2. But when a friend arrived on Monday morning to take him there, the door was locked and Rummler did not answer. The friend entered the house and found Rummler dead on the couch.

Among Rummler’s belongings was a post-it note on which he'd written: “At first [the opioids] were a lifeline. Now they are a noose around my neck.” 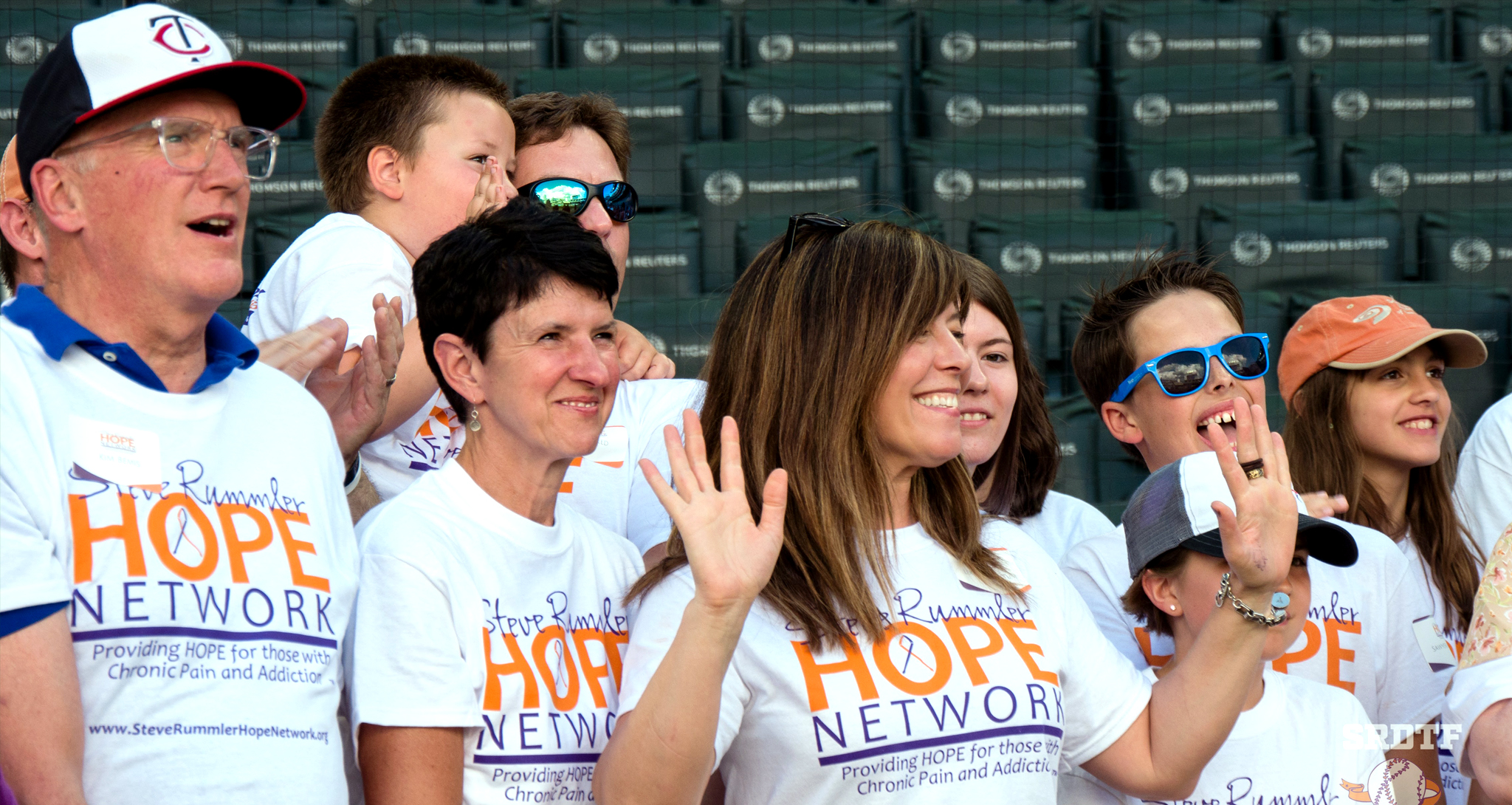 Shortly after Rummler died, his parents founded the Steve Rummler HOPE Network, a nonprofit that increases awareness around addiction related to chronic pain. In addition to educating the public, the nonprofit has successfully advocated at the Minnesota legislature.

As of 2014, Steve’s Law allows first responders, police officers, and prevention program staff to carry and administer Naloxone, a medication that can stop an opioid overdose. It also grants immunity to people who call 911 to save a life, even if they’re users themselves.

Reed Holtum has been working for the nonprofit since its inception and is currently executive director.

“Steve graduated from the University of Minnesota,” she recalled recently. “He was a very successful financial planner. He loved to pray broomball and volleyball. He was a marathon runner. He was a musician who played in a local band … He had a great sense of humor … People trusted him, not only in his profession, [in 2009, Mpls St. Paul Magazine named Rummler a FIVE STAR: Best in Client Satisfaction Wealth Manager], but he was chosen by our friends to be the godfather of their children.”

“He was a man who was very used to setting his mind to something and achieving it,” she adds. “There weren’t many things that I can recall that he would set his sights on that he wasn’t able to achieve.”

Reed Holtum says Rummler’s track record of success and self-determination was precisely why he struggled to understand why he couldn’t save himself from addiction. And she admits that, initially, she and Steve’s family, didn’t understand it, either. (Nor did they believe that Steve was going to die from the disease.)

“What happens in someone’s brain is that it’s literally hijacked … And you need that opioid like you need air,” she continues. “So that is really hard for people to understand ... If you’re an individual looking in at someone’s behavior you can be incredibly judgmental.”

Reed Holtum believes that the moral judgments that surround addiction are a reason why people are hesitant to take greater action to combat it. For this reason, her work focuses on breaking addiction stigmas.

“If we can start, as a society, to view addiction as a brain disorder disease, which it is … then we start to have compassion for individuals experiencing it,” she explains. “Because we can understand that nobody would choose to lose all of the things that bring them security, joy, and love in life.” 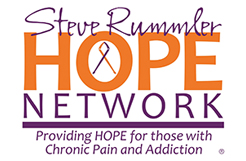 The Steve Rummler HOPE Network is combating the opioid epidemic. 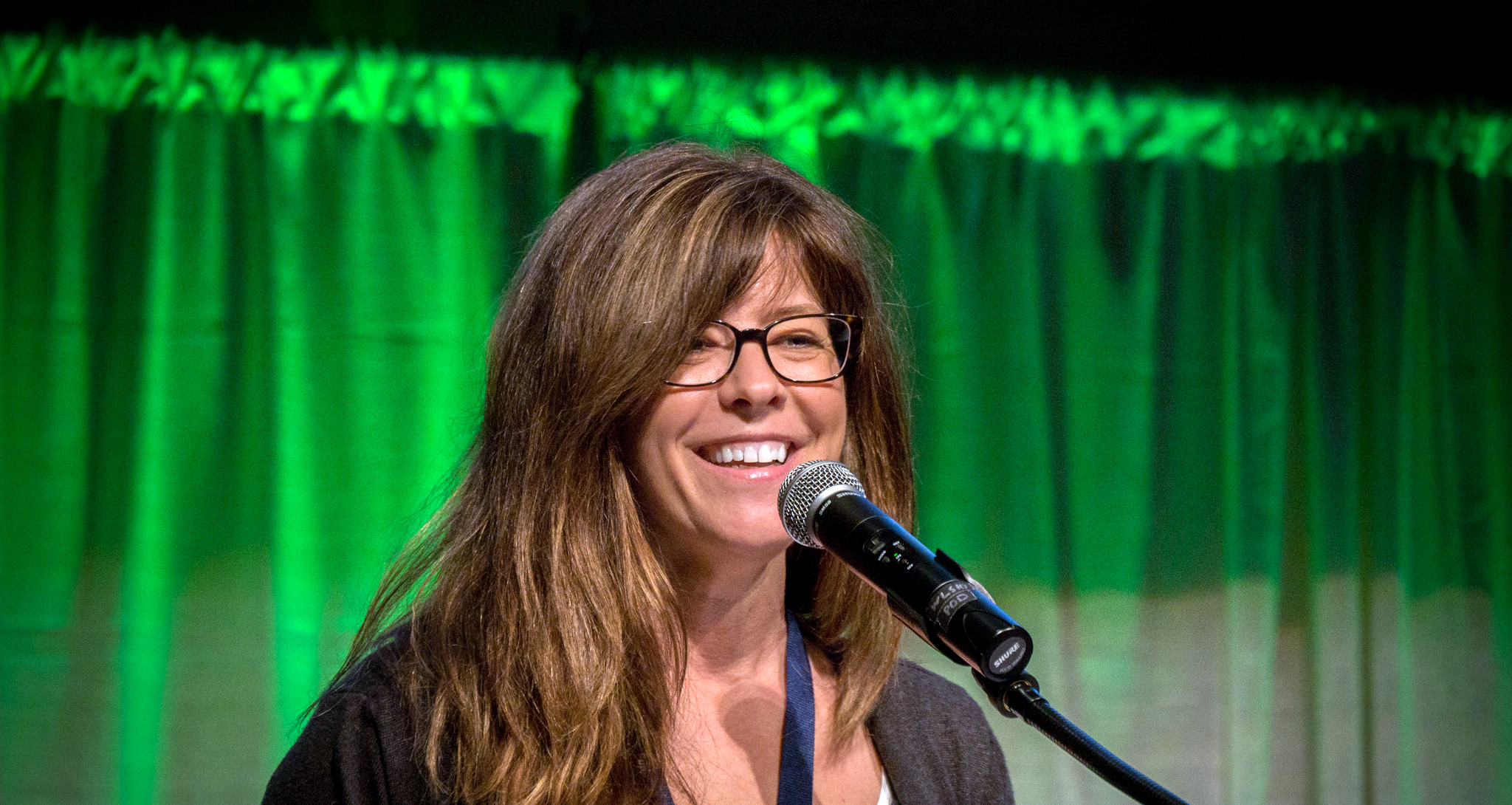 A message of hope

When Rummler died in 2011, Reed Holtum went from planning a wedding to planning a funeral. But she’s comforted that her work is so timely; recently, while giving a presentation at the Blake School, she asked students whether they knew someone who’d died from opioids. More than half raised their hands.

“I feel incredibly lucky to be in the position I’m in because I never have to hide my story …” she says. “I’m not living in that stigma that so many thousands of other Americans feel.”

To those who are mired in stigma, Reed Holtum has a message, “It is possible to … turn that into something of value for our country and community … We can make a difference and we can turn this around … Your voice matters.”

Help us combat the opioid epidemic. Read on for three local resources you can share and use.

Here are three Hennepin County resources you should be aware of:

Hennepin County offers a variety of medicine disposal sites where people can safely dispose of unused opioids or other medications. Using disposal sites can prevent opioid abuse and protect the environment.

Hennepin County offers Naloxone, a medication that can stop an opioid overdose, at its Public Health Clinic at 525 Portland Avenue South. People who are using opioids or their friends or family members can pick up Naloxone without a prescription. The clinic will not report names or addresses.

Hennepin County’s #NOverdose is a drug prevention campaign that educates youth and adults about drug dangers, trends, and prevention resources. #NOverdose is available to speak to your group or organization. There are also opportunities to partner or volunteer with #NOverdose.