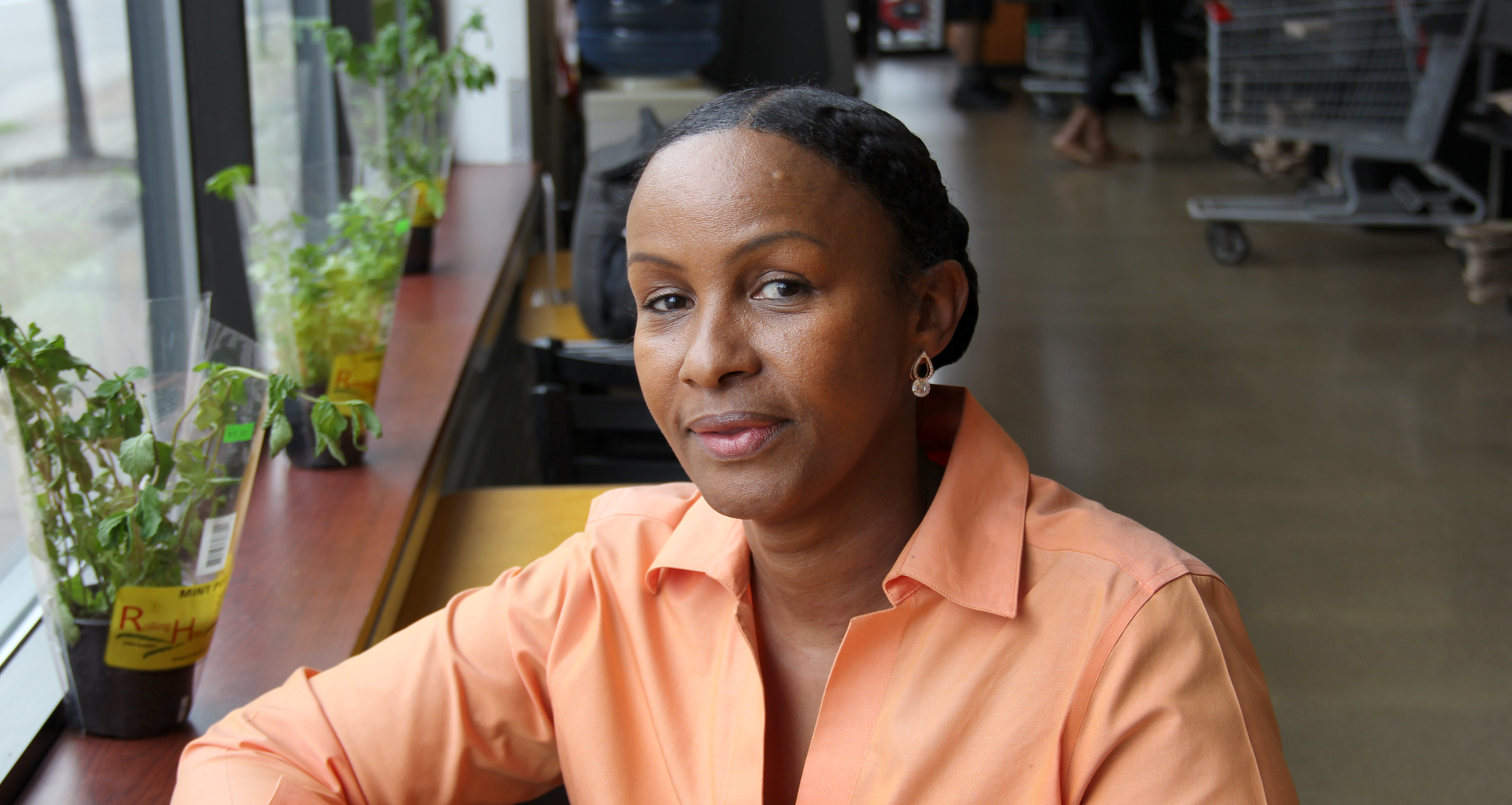 Naomy, a psychiatric mental health nurse practitioner, practices at clinics operated by Hennepin County Health Care for the Homeless. Each clinic is embedded in a Minneapolis homeless shelter.

At the visits, Naomy listens to her clients’ complex stories, many of which, she says, are woven with trauma. She triages their emergencies, transferring them to inpatient mental health facilities when appropriate. She prescribes them medications. And she witnesses their setbacks and successes.

“I consider every little step a success,” Naomy says. “Even a patient going from, ‘I don’t believe in medication’ to ‘OK, I’ll try.’ Or a patient coming back and saying, ‘I took my meds for a month and I see some improvement.’”

The care provided by providers like Naomy is important because the homeless population experiences many health disparities and high rates of mental illness.

According to the Amherst Wilder Foundation's homeless study, for example, 60% of the adult homeless population in Minnesota reported a significant mental illness in 2017, compared to 4% in the general population. Additionally, 51% had a chronic physical health condition, 30% reported a traumatic brain injury, and 21% had a substance abuse disorder.

Hennepin County Health Care for the Homeless celebrated its 30th anniversary in 2019.

The program serves about 4,000 people experiencing homelessness each year. These 4,000 people make about 12,000 visits to the program’s nine clinics, where providers like Naomy attend to their health and wellness needs.

The program now works more closely with the Hennepin County Mental Health Center, a safety net clinic in Minneapolis that serves adults with serious mental illness and co-occurring substance use disorders, children and adolescents who have severe emotional disturbances, and children and their families who are involved in juvenile justice, child protection, and other county programs.

Health Care for the Homeless clients receive “warm handoffs” to providers at the Mental Health Center and are eligible for walk-in visits to the center. 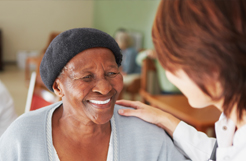 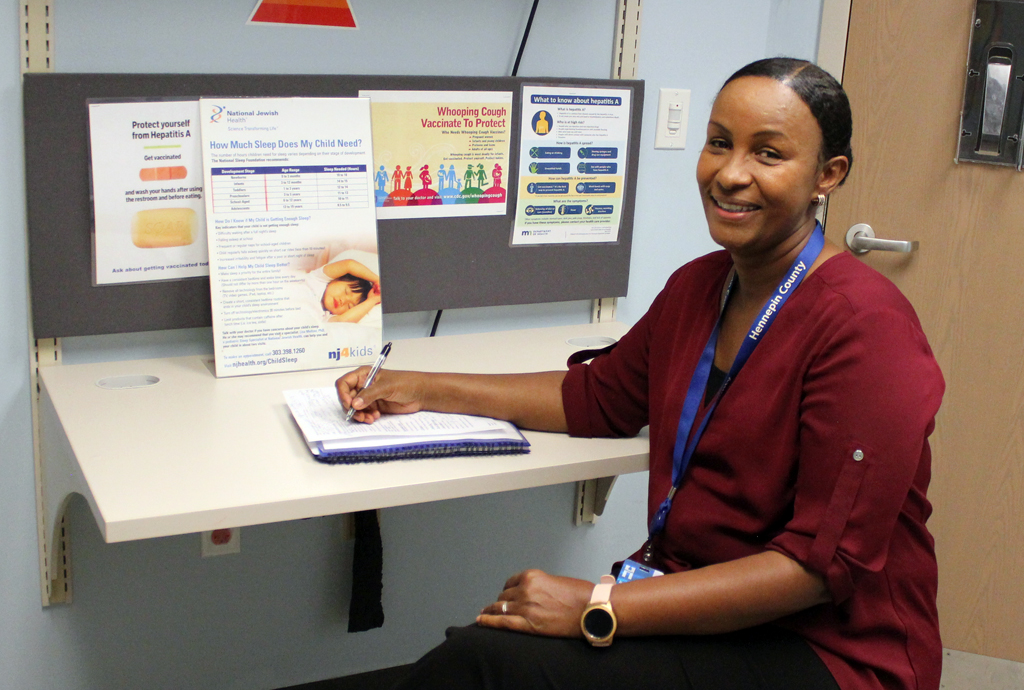 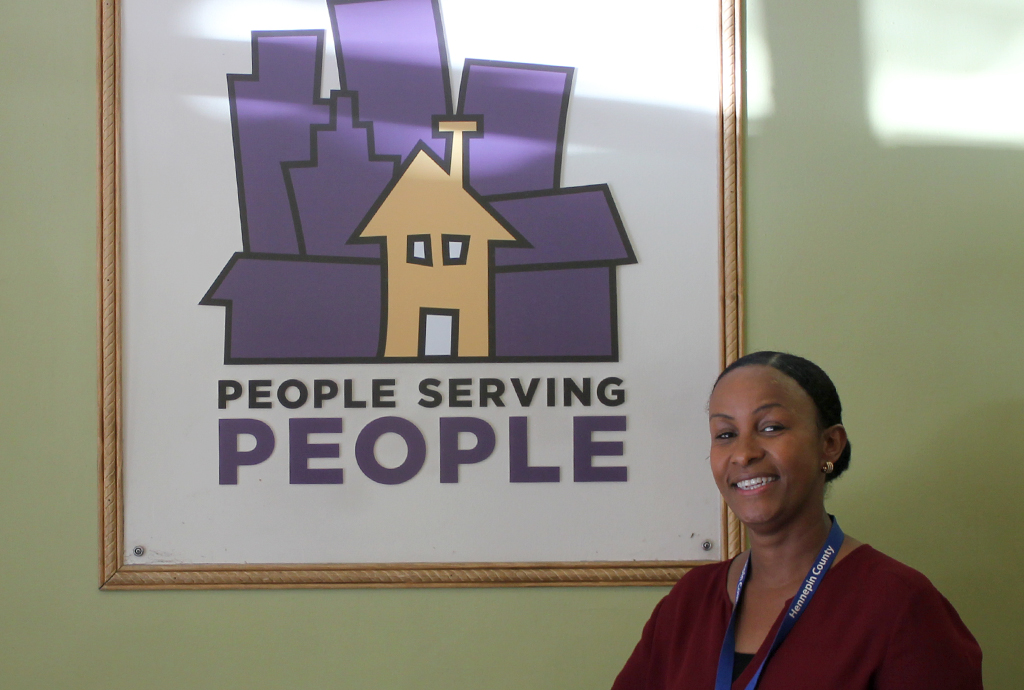 Naomy’s journey to psychiatric mental health nurse practitioner began in Ethiopia in the 1980’s. Her younger brother Hamdi had autism and was nonverbal and, a few times a year, Naomy would accompany her parents and Hamdi to a mental health clinic to get his medications refilled.

“As a big sister, I grew up playing a vital role in my brother’s wellbeing,” Naomy says. “I protected him from bullies. I convinced him to take his medications. I administered his medications. And I helped deescalate his challenging behaviors and outbursts.”

Year later, in the United States, Naomy did a nursing practicum at the Hennepin County Mental Health Center. That practicum, coupled with her experiences with Hamdi, convinced her that mental health care is what she wanted to do.

A decade into her practice, Naomy says she regularly remembers her brother, who died when he was 26. “I believe Hamdi made me the mental health provider I am today,” she says, noting that he’s reinforced her desire to be non-judgmental, empathetic, and a good listener.

“I don’t want to just give clients medication and tell them to come back,” she says, by way of example. “I want them to understand why I’m prescribing them medication and to educate them about what they’re taking.”

“Mental illness is like any illness – like pneumonia, asthma, or diabetes,” Naomy adds. “I’m happy to see that we’ve come a long ways in reducing mental health stigma, but there’s still a long ways to go. We all need to take part in reducing stigma. There’s no health without mental health.”

The efforts of Health Care for the Homeless providers like Naomy are reducing health disparities and ensuring that people experiencing homelessness in Hennepin County receive accessible, quality mental health care.