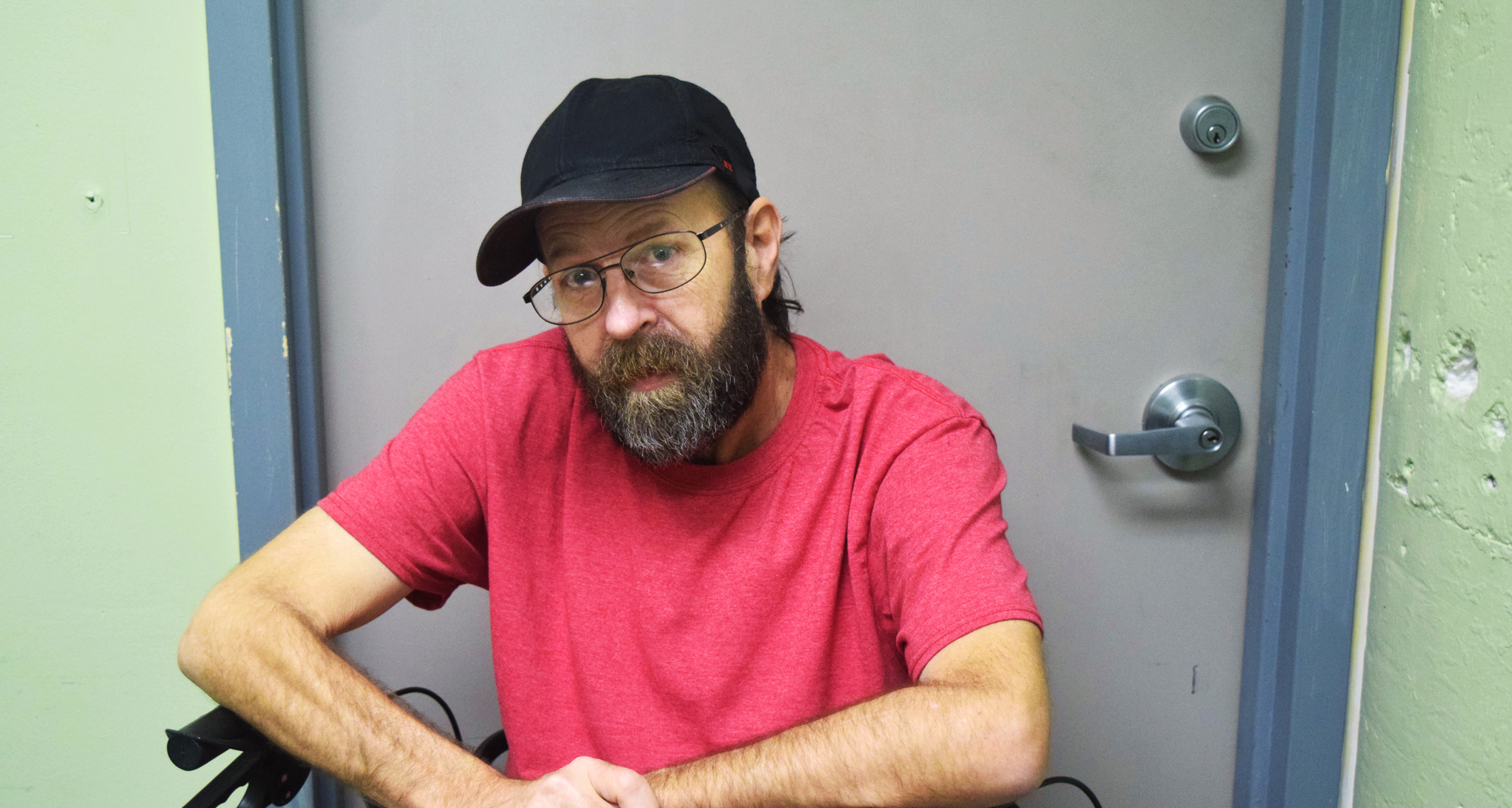 A respite from the streets

When Scott was a child, he found a Hawaiian lei adorned with miniature alcohol bottles in his parents’ basement. Scott sampled from the bottles and got drunk for the first time.

He was five years old.

It was a foreshadowing of things to come. By the time Scott was in high school, he was drinking a fifth of schnapps per day and had begun to dabble in cocaine.

As an adult, he became a diesel mechanic and a dad, but he never stopped drinking and doing drugs.

Now 53, Scott’s lifestyle has taken its toll. He uses a walker and a wheelchair and has a host of chronic medical conditions that recently required hospitalization. Scott is also homeless and currently sleeping at Harbor Light Center, a shelter in downtown Minneapolis.

But Harbor Light’s medical respite program is helping him make the best of a bad situation.

Now 53, Scott’s lifestyle has taken its toll. He uses a walker and a wheelchair and has a host of chronic medical conditions that recently required hospitalization. Scott is also homeless and currently sleeping at Harbor Light Center, a shelter in downtown Minneapolis.

These programs are designed for people with an acute illness or injury who are too sick to recover on the streets (without risking complications or re-hospitalization) but who aren’t sick enough to stay in a hospital.

The programs aim to improve the health of homeless adults, a demographic that tends to be sicker than the general population. (The 2015 Minnesota Homeless Survey found that 51 percent have a chronic health condition, 60 percent have a serious mental illness, and 21 percent have a substance use disorder.)

Health professionals also hope that the programs will lower health care costs by reducing the number of times that homeless adults access emergency rooms and hospital inpatient facilities (or by avoiding these visits all together). 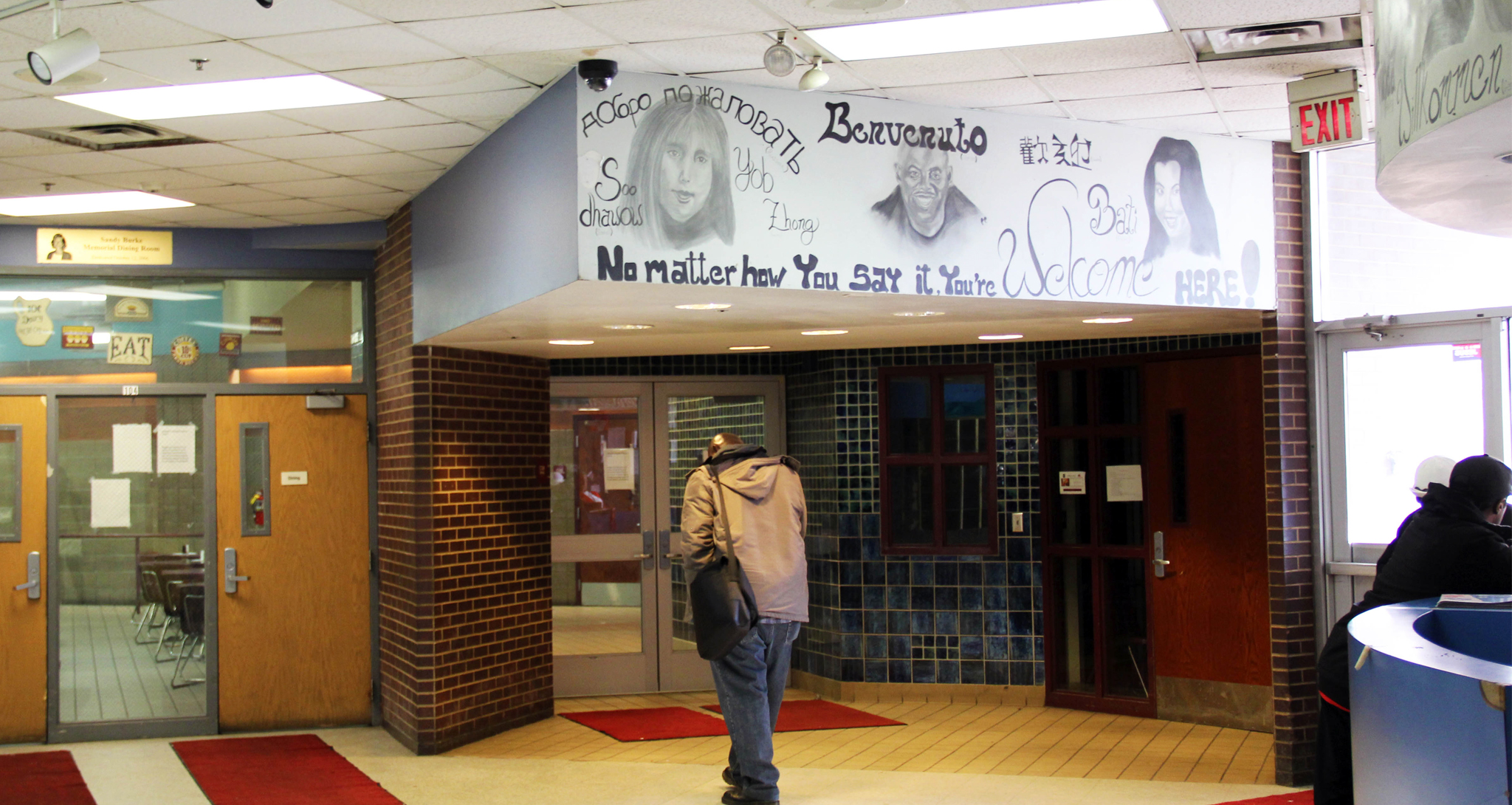 He was also becoming increasingly sick.

Without proper medical care, it’s likely he would have died inside his vehicle, but a concerned citizen called the police, and the police brought Scott to the hospital.

After his hospitalization, Scott was set to be discharged to the streets. He would have gone back to living inside his vehicle, and it’s likely that he would have suffered from complications or been re-hospitalized in short order. But a social worker intervened and connected him with Harbor Light Center’s medical respite program, instead.

Most of the dorm rooms at Harbor Light are lined with bunk beds. But in the medical respite wing, it’s medical beds that angle up or down, allowing a person to elevate his legs or head or both.

For Scott, who has trouble breathing, it’s meant a more restful night’s sleep.

Scott also has reduced mobility and alcohol-induced neuropathy (numbness) in his arms and legs. The more spacious respite wing (12 people versus 24) makes it easier for him to access the bathroom, his locker, and other parts of the shelter like the onsite Health Care for the Homeless clinic.

Scott receives much of his medical care at the Health Care for the Homeless clinic (when he has an offsite appointment, he’ll take a cab there from the shelter). At Harbor Light, he also attends Alcoholics Anonymous and Narcotics Anonymous meetings.

In addition to accessible health care, Scott appreciates the shelter’s social connectedness and says it’s helped him maintain his sobriety. “For me, spending too much time alone -- I used to spend a lot of time alone -- makes me want to do things I shouldn’t be necessarily doing,” Scott explains, admitting that without the presence of other people, he’d likely be drinking.

Currently, Harbor Light is one of five medical respite programs in the country that are participating in the National Health Care for the Homeless Council’s medical respite innovation project. The multi-year project receives funding from the Centers for Medicare and Medicaid Services and is tracking metrics like emergency room and hospital admissions.

Since Harbor Light began participating in the project, 132 patients have used the shelter’s medical respite services.

Learn more about the National Health Care for the Homeless Council.

Although Scott faces many challenges, his situation could be worse. Because of the medical respite program, he’s not living in his truck, and he hasn’t had any complications since his hospitalization or been re-hospitalized. He’s also receiving regular health care and has managed to maintain his sobriety.

A caseworker is trying to help him find permanent housing.

Susannah King, a senior clinical social worker at Health Care for the Homeless, says the medical respite program gives staff the flexibility to meet clients like Scott “where they’re at.”

“Where they’re at” may not be a desirable place, but it’s a place from which staff can help clients become more stable and self-sufficient.

The project described was supported by Grant Number 1C1CMS331336 from the Department of Health and Human Services, Centers for Medicare & Medicaid Services. The contents of this publication are solely the responsibility of the authors and do not necessarily represent the official views of the U.S. Department of Health and Human Services or any of its agencies.