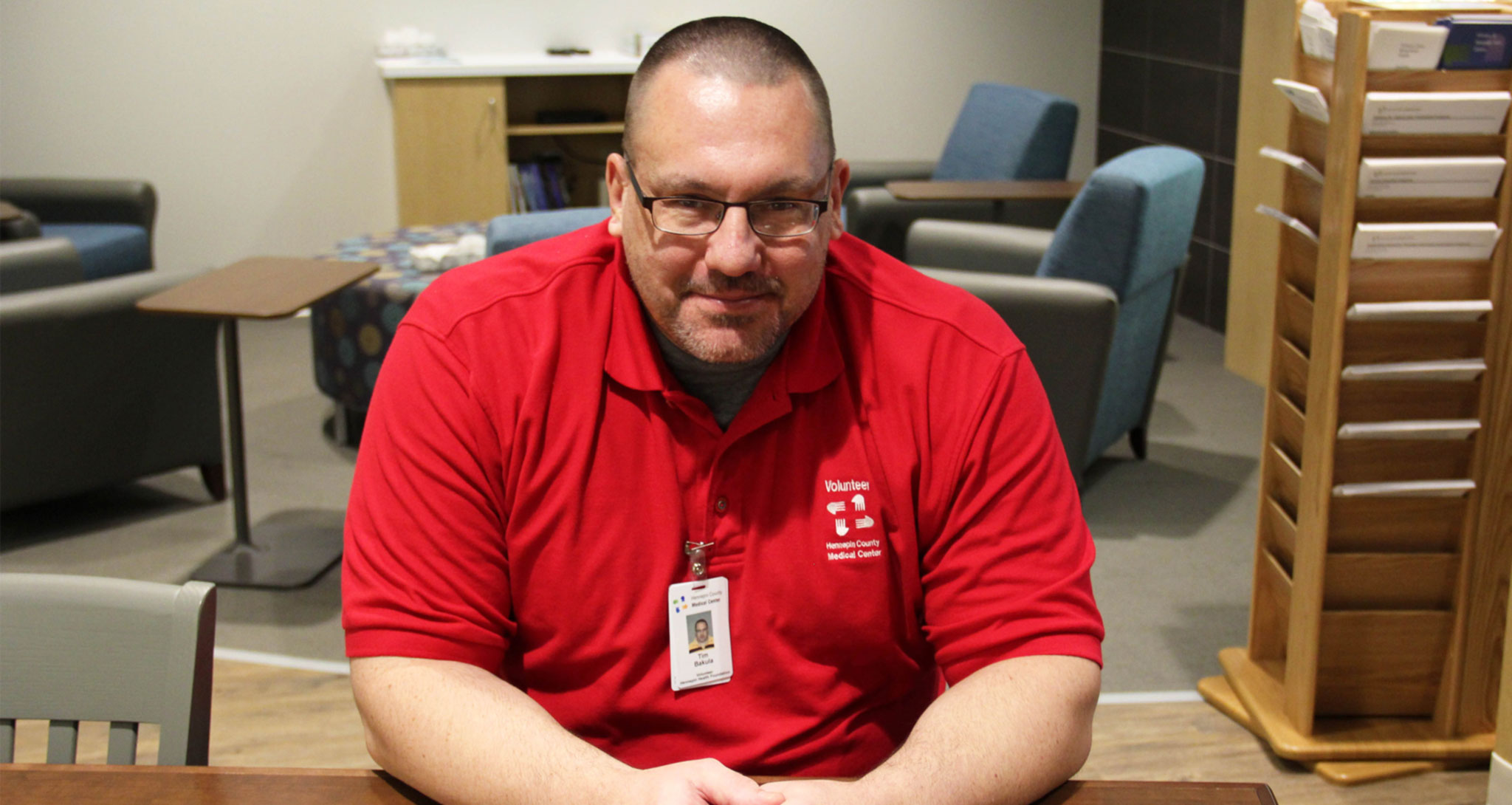 Tim Bakula has battled major depression for most of his adult life. He’s attempted suicide twice and undergone seven psychiatric hospitalizations. His most recent hospitalization was in 2016 at Hennepin County Medical Center (HCMC) in downtown Minneapolis.

It was shortly after this 2016 hospitalization that providers at HCMC’s William W. Jepson Day Treatment Program offered 48-year-old Bakula an unusual prescription: biking.

That year, 30 other HCMC patients with mental illness were offered (and accepted) this same prescription.

Jepson’s new initiative, a collaboration with the bike share system Nice Ride Minnesota, offers participants a free Nice Ride subscription and access to group rides. Jepson hopes that biking will improve their clients’ mental health – and their physical health and lifespan, too.

On average, people with mental illness die 10 to 25 years earlier than the general population. And the vast majority of these premature deaths are caused by chronic physical medical conditions linked to hypertension, diabetes, and obesity.

The stats are sobering.

People with mental illness die 10 to 25 years earlier, on average, than the general population. And, interestingly, the vast majority of those premature deaths are not caused by mental illness directly, but by chronic physical medical conditions linked to hypertension, diabetes, and obesity.

One reason for these health disparities is peoples' perceptions of mental illness; because of stigma and discrimination, people with mental illness are less likely to access health care -- and more likely to receive lower-quality care when they do.

HCMC Staff Cardiologist Woubeshet Ayenew, who spearheads the Nice Ride/Jepson initiative, explains that physicians often prescribe pills to combat the chronic physical medical conditions that plague people with mental illness, and others, but that it’s not clear that this alone is always the best treatment.

Rather, he says that therapeutic lifestyle changes, like diet, exercise, weight loss, and smoking cessation, while more difficult to implement, are the “stock-in-trade” of prevention.

With this in mind, Jepson had long tried to implement a structured exercise program for its clients. The program initially loaned patients a bike that they could keep for the entire cycling season, but discovered that storage and maintenance issues became problematic, and that bikes were easily stolen in urban environments. 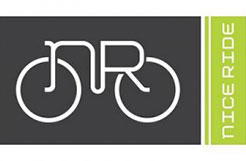 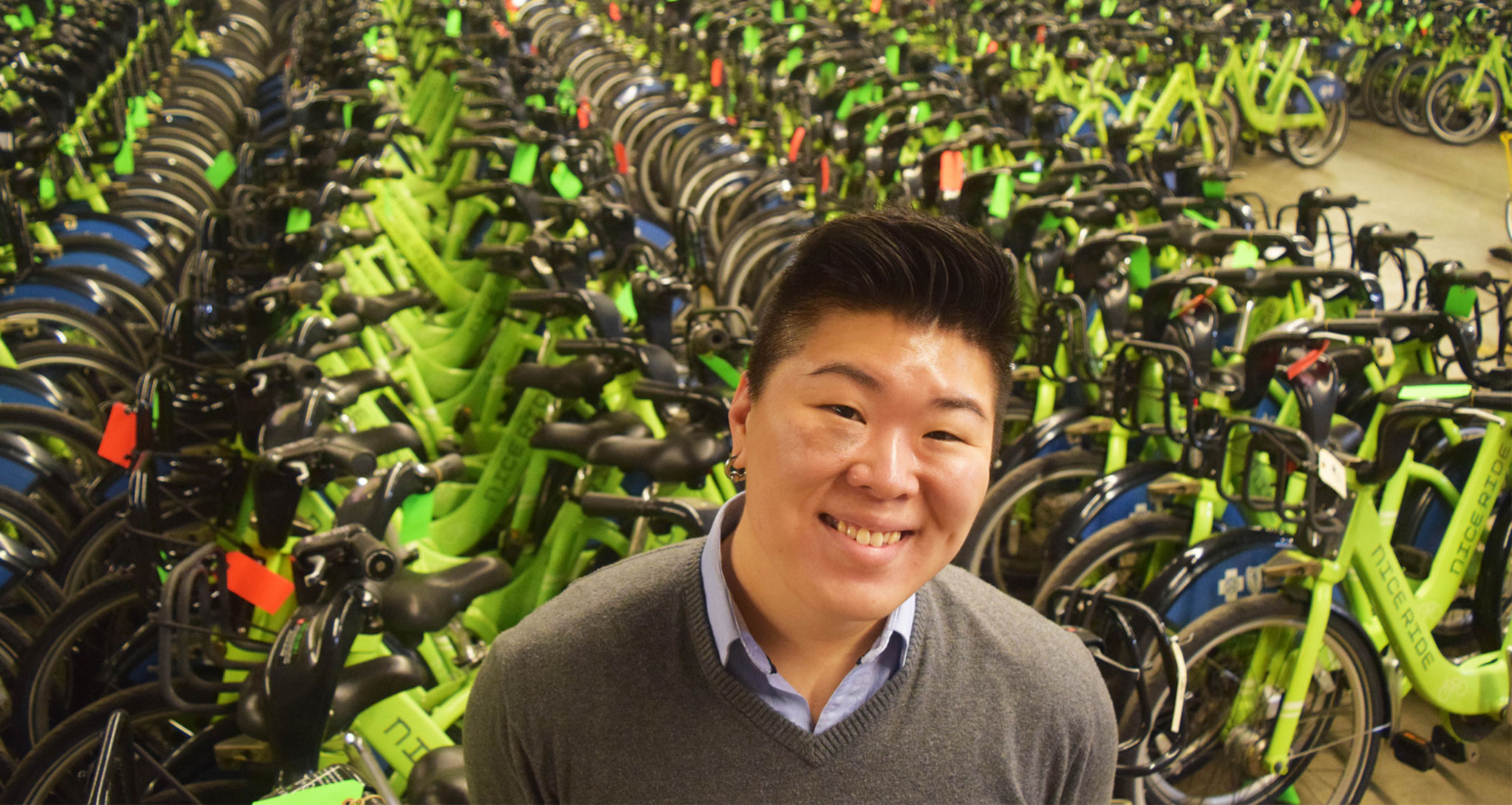 Because Nice Ride bikes are checked out from a secure station and have to be returned to a station every 60 minutes, Jepson’s past problems with bike storage, maintenance, and security were mitigated. Furthermore, because people swipe a card to remove or return a bike, Jepson was able to collect data like trip time and mileage that could be used to analyze its program.

The initiative was ultimately funded by a Nice Ride Community Partners Scholarship. U.S. Bank also donated $1,000 to help clients secure $25 gift cards. (Because Nice Ride requires clients to register with a bank card, the gift cards eliminated the barrier to participation for clients without bank accounts.) 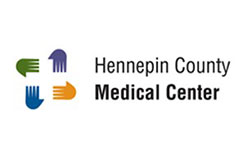 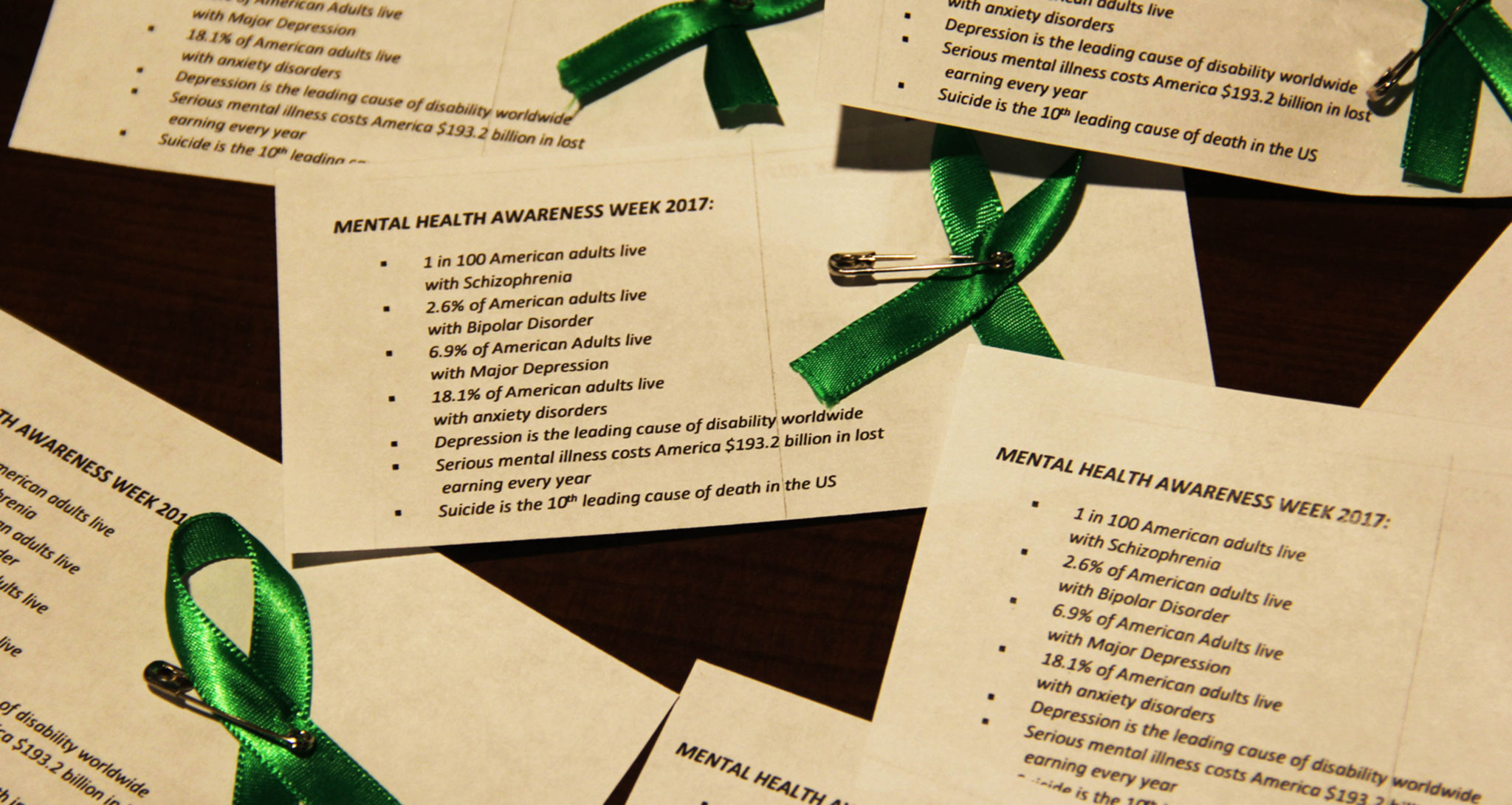 Months before he began biking, Tim Bakula almost lost his life to depression.

“I’d just hit the wall,” says Bakula. “I was done fighting battles that I couldn’t win, or I felt like I couldn’t win, and I took some sleeping pills and I went over to the Third Avenue Bridge. And I climbed over the bridge, and I was thinking the sleeping pills would give me the guts to let go, but I still froze. The next thing I know, I was getting tackled and pulled back over [the bridge] by a Minneapolis police officer.”

The officer brought Bakula to HCMC where he entered inpatient psychiatric treatment, got electroconvulsive therapy (ECT) for the first time, and was later connected to the Jepson Day Treatment Program.

At Jepson, Occupational Therapist Amber Courtney told Bakula about the new bike initiative, and Bakula thought it sounded like a great opportunity to spend time outside and get some exercise.

He ultimately rode dozens of miles on Nice Ride bikes – using his subscription to travel to day treatment, Lake Calhoun, and Minnehaha Falls. Bakula also participated in Nice Ride’s group rides; his most memorable was a jaunt along the Mississippi River that traversed the Stone Arch Bridge.

“With my depression, I tend to isolate,” Bakula says. But “[biking] keeps me out of my own head … Exercise can totally change the course of my entire day.”

Since incorporating exercise into his mental health treatment, Bakula says he has fewer suicidal ideations, sleeps better, and feels less stress. He’s also come to see depression as a disease, “not something you have to run away from.”

Overall, Bakula now has “more good days than bad,” and in 2017, he plans to take a class so he can coordinate and lead Jepson’s group rides himself. 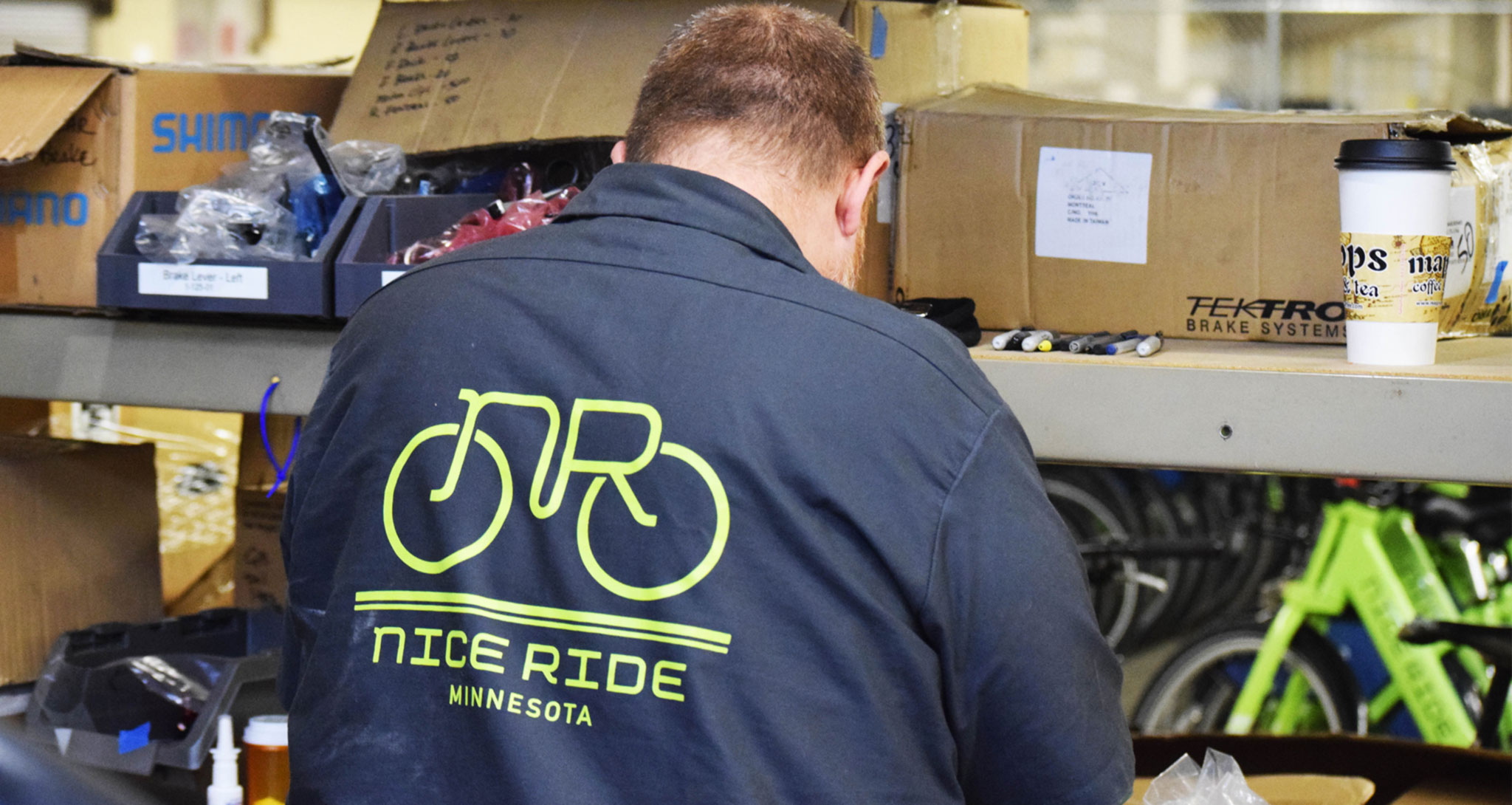 “Tim is a true depiction of what we’re trying to achieve,” says Dr. Ayenew.

As the program continues, Ayenew anticipates that patients’ weight, blood pressure, and cholesterol will move in the right direction and that they will require fewer follow-up appointments. But in determining how to tailor Jepson’s exercise initiatives to achieve these goals, he takes his cues not from textbooks, but from program participants.

For instance, many participants said that the social aspect of biking motivated them to exercise, so Jepson is considering giving Nice Ride subscriptions to participants’ family members and friends. Participants also cited a desire for more group rides, so Jepson hopes to create a message board where people can post a ride and invite others to join.

More broadly, participants desire to grow their exercise program so that it’s year-round, not just during the bike season. This will likely require Jepson to partner with additional community organizations like gyms.

In its inaugural year, 31 Jepson patients took part in the bike initiative. They made 957 trips and rode 309 hours. But Bukula believes that the best is yet to come.