Forty percent of Minnesota homes contain a serious health hazard – yet their at-risk occupants are often unaware. The threat is radon gas. And Hennepin is one of 80 Minnesota counties considered a high-risk zone (see red portion of state map, below).

Justin and Erin of Brooklyn Park are among the growing ranks of newly knowledgeable residents. In 2014, when the couple decided to buy their current home, their realtor advised them to test it for radon first. “When my realtor mentioned radon, I wasn’t even aware of what it was,” Justin admits.

He learned that it’s a colorless, odorless gas that’s produced naturally in the soil. Radon seeps from the soil and into the air. Outside, it disperses and isn’t a threat. But when it enters homes through cracks and pores in concrete, floor-wall joints, and other access points (see red dots in the house diagram, below) it can accumulate. When it’s inhaled it gives off radioactive particles that damage cells lining the lungs.

Long-term radon exposure can lead to lung cancer. Nationwide, it’s the leading cause of lung cancer in non-smokers — and the second leading cause in smokers after tobacco. In the U.S., more than 21,000 lung cancer deaths are caused by radon each year.

Radon is of particular concern for Minnesotans due to the state’s geology and climate. When home windows are closed tightly over the winter, indoor radon levels can readily rise. This makes winter a prime time to test for indoor radon.

In Minnesota, two out of five homes have radon levels that pose a significant health risk to their occupants, and nearly 80 percent of counties are rated as high radon zones.

When Justin and Erin tested their home, they discovered that the indoor radon level exceeded 4.0 piC/L – the threshold above which home occupants are urged to consider verification testing and having a radon mitigation system installed. (No matter what, the EPA recommends that people retest their home every two years.) Hennepin County Public Health makes the test kits available at a reasonable price.

Deciding whether to install a radon mitigation system was a no-brainer; at the time, the couple had two young daughters. “Because of the kids and the family, this was a pretty big deal for us,” Justin says.

Jake installed an Active Soil Depressurization (ASD) system, which prevents radon from entering a home by controlling the air pressure differential between the soil and the home. Using a radon exhaust fan, the system draws radon gas from the soil and vents it up through pipes and to the outdoor air. 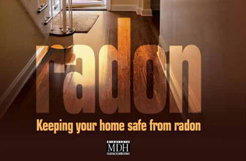 Download a printable version of the brochure “Radon: Keeping Your Home Safe.” 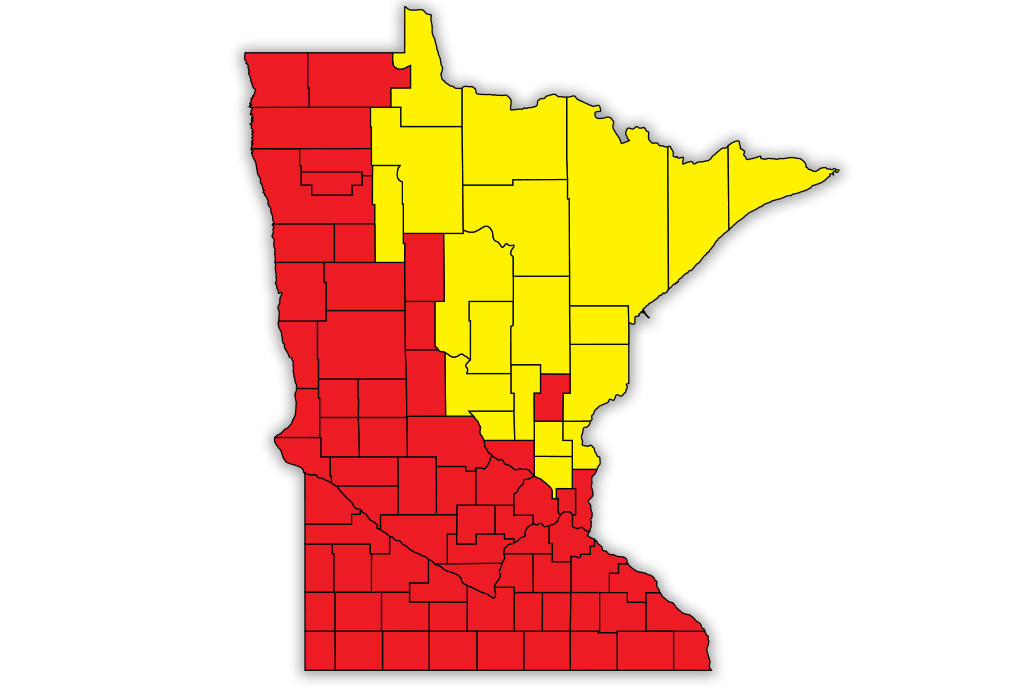 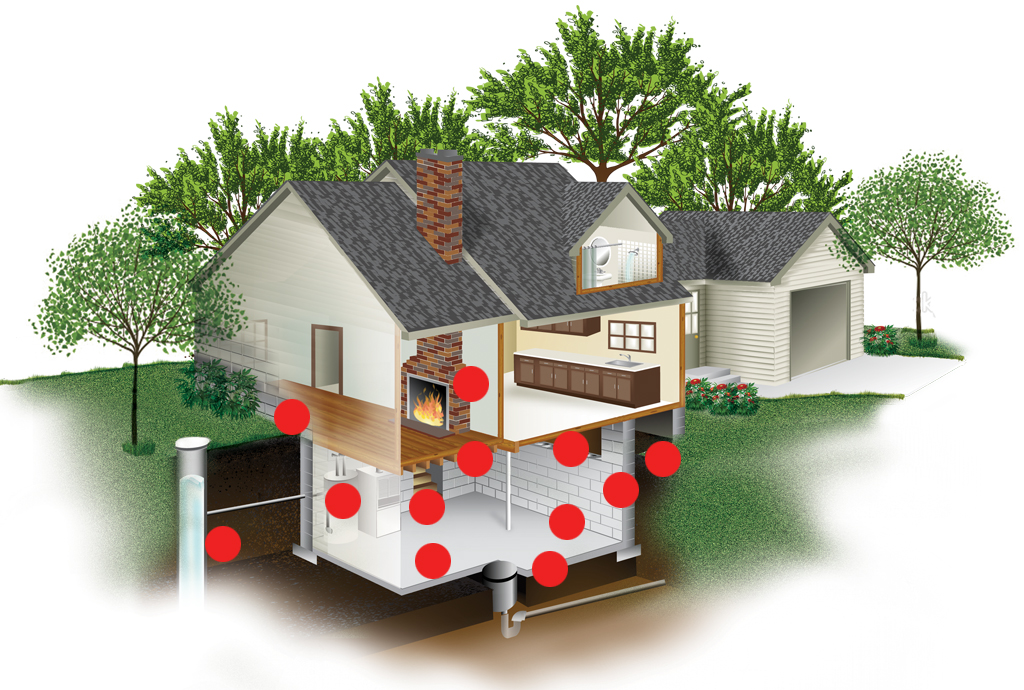 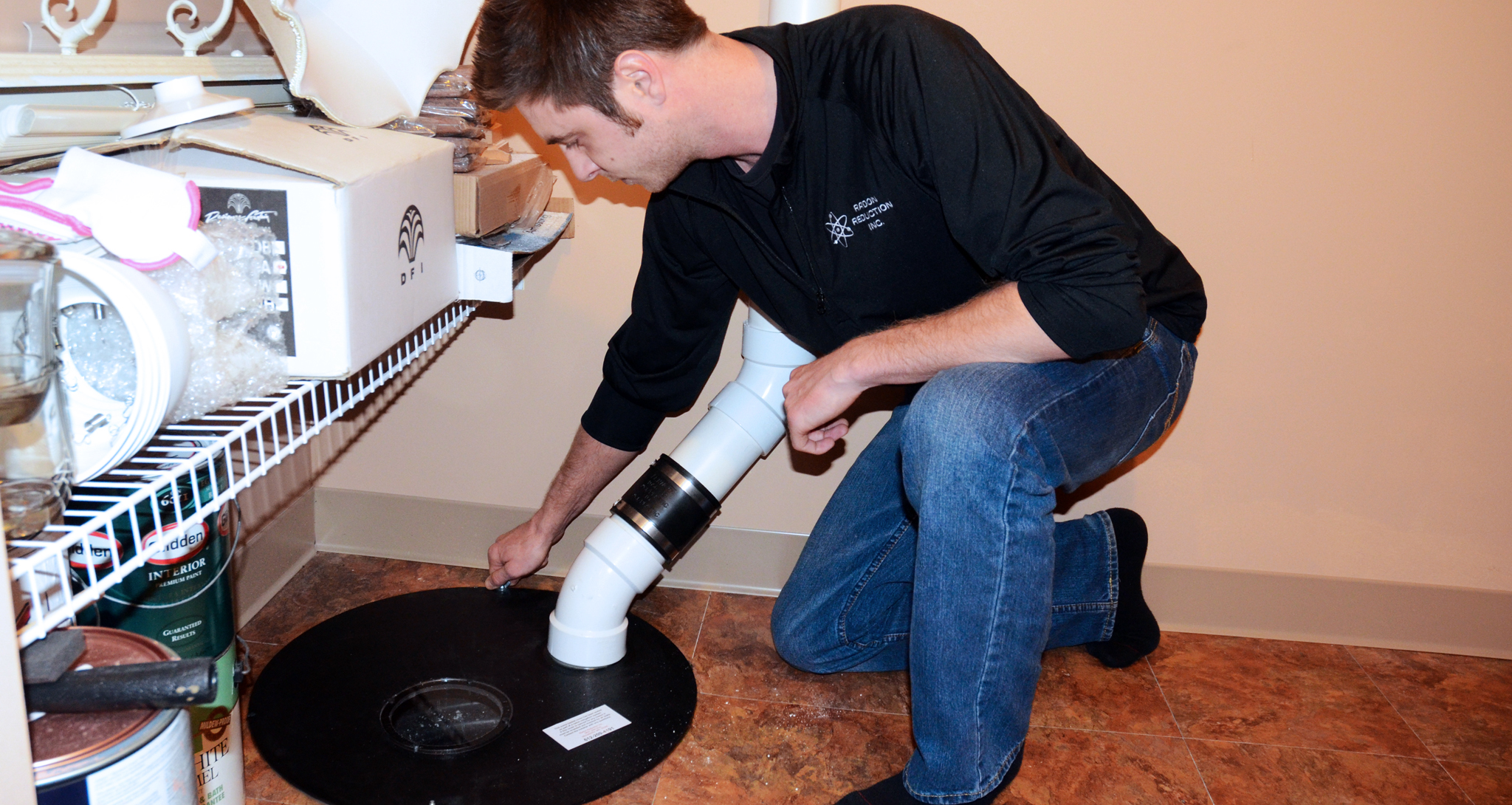 Since radon can occur in any home, all homeowners should consider testing for it. Yet, they should be aware that their home and their neighbors’ homes will test differently. (The presence of radon can be unpredictably localized in the soil. Plus, each structure has its own set of potential radon entry points.)

The Minnesota Radon Awareness Act, which went into effect on January 1, 2014, requires sellers to inform buyers about whether their home has been tested for radon, the levels that have been detected, and whether or not the home has been mitigated for radon. In addition, all Minnesota homes built since June 2009 are required to have a passive/non-fan-driven mitigation system included in the original construction. 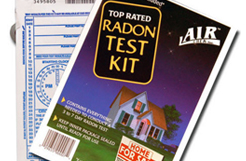