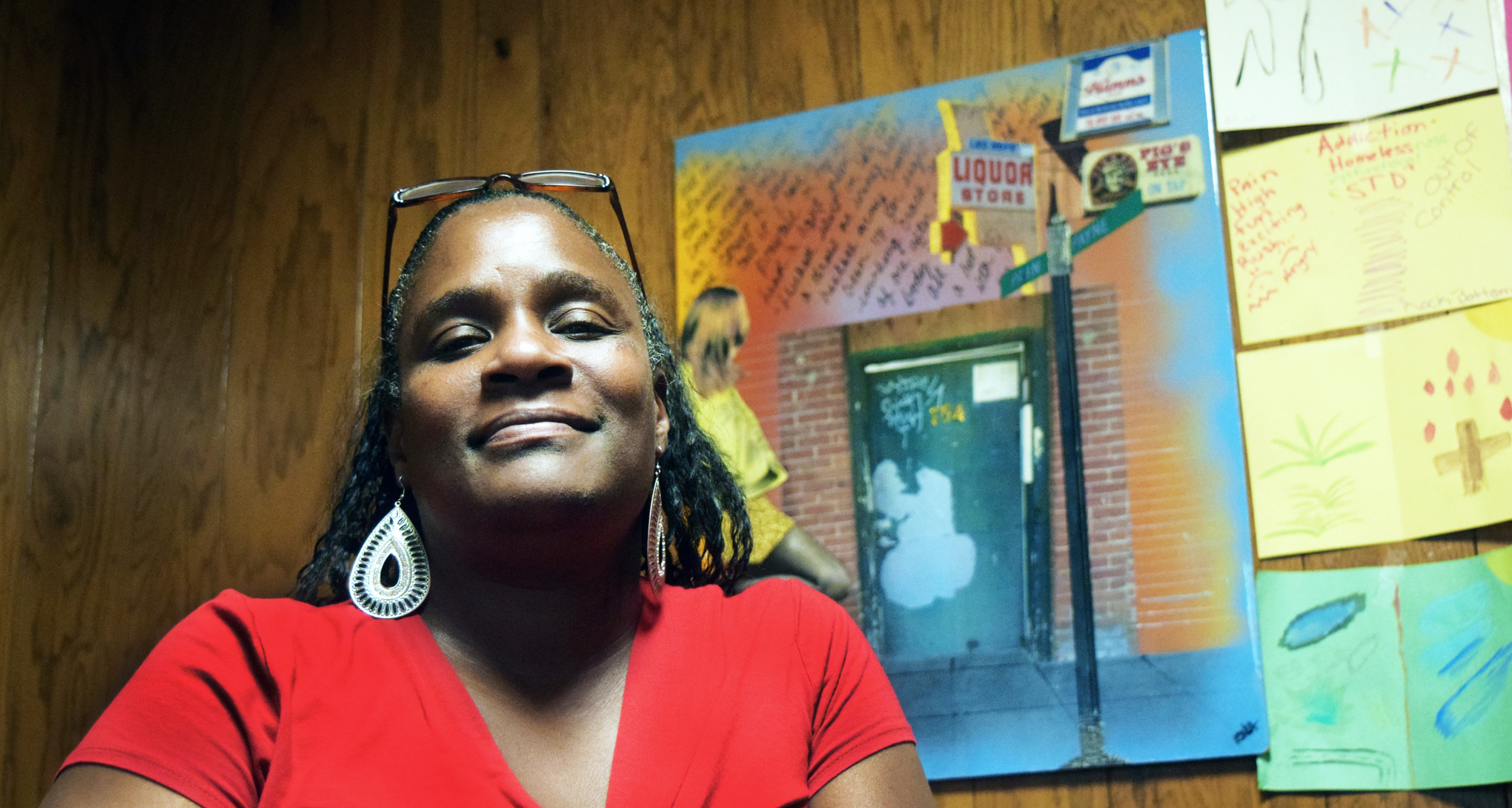 Taking Control and Restarting Their Lives

It was not Wiley's first incarceration; she’d been arrested more than 100 times.

The 42-year-old exited the downtown jail and walked south on Portland Avenue. It was a beautiful day, about 85 degrees, and she was soon sweating in blue jeans and a fleece jacket.

But no matter. Wiley had a plan: sell sex and buy drugs in Minneapolis’ Peavey Field Park.

It was not a new plan. Wiley, a cocaine addict, had been involved in prostitution for more than two decades. But June 13, 2013, was going to be the last day.

The FBI ranks the Twin Cities among the top 13 metropolitan areas in America for sex trafficking.

At Peavey Field Park, Wiley sat on a bench and people-watched, picking out drug dealers, pimps, and prostitutes in the crowd.

She was trying to decide which individual to approach, when she heard her name. Wiley looked over her shoulder and saw her friend Rowena Matthews. Matthews had been driving to a funeral when she spotted Wiley in the park.

“What are you doing?” Matthews asked, embracing her friend. 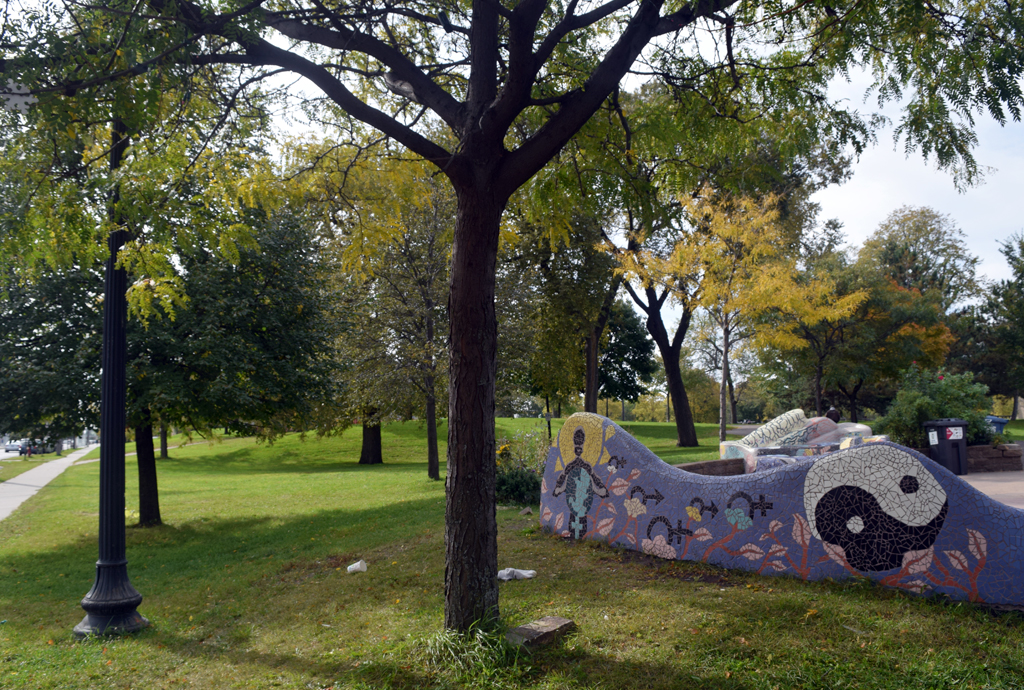 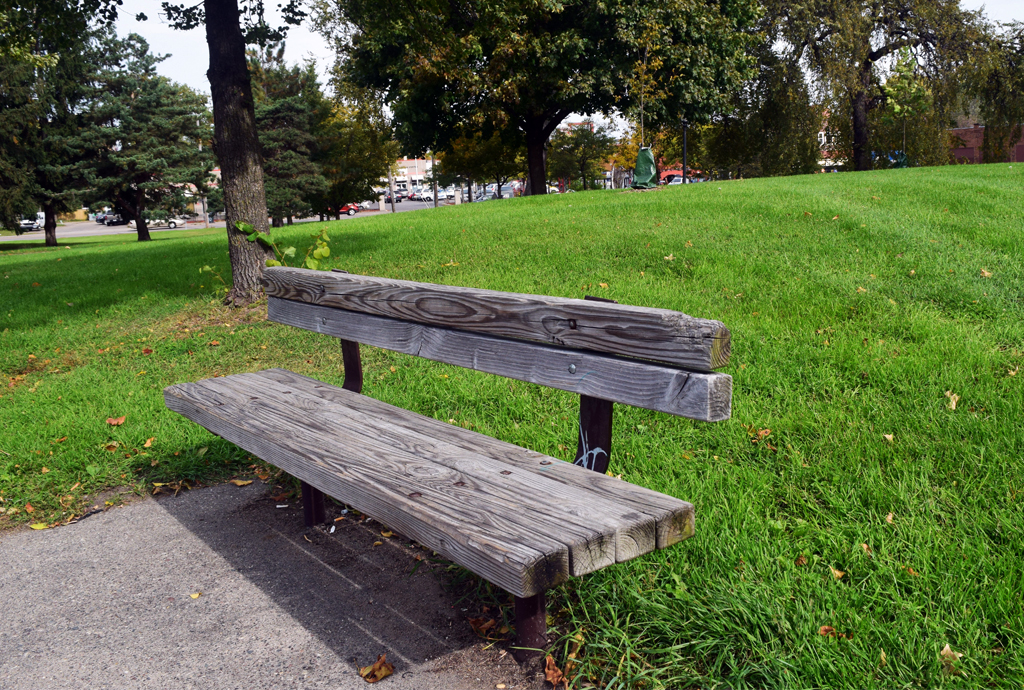 Soon Wiley and Matthew were solicited by a drug dealer and, later, by a woman Wiley knew from jail. They declined the offers.

Meanwhile Minnesota Adult and Teen Challenge (MATC), a nonprofit that helps people with substance abuse, set up a table in the park and began to play Gospel music. A MATC employee approached Wiley, and handed her a pamphlet.

“I’m telling God, I hear you, but it’s not going to happen today,” Wiley says. But she remained seated on the park bench.

Recognizing that her friend needed help, Matthews got on the phone and called Breaking Free, a Twin Cities nonprofit that helps sex trafficking victims. Breaking Free said Wiley could stay in their transitional housing unit that night.

At that moment, Wiley experienced paralysis. “I could see stuff going on around me, but my body wouldn’t get up and go,” she recalls. “I was no longer able to live that lifestyle anymore … To this day, it blows my mind that my body wouldn’t move … When I did get up it was to get in the car [with Matthews to go to Breaking Free].” 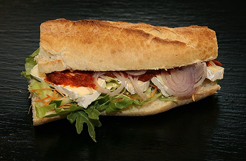 In addition to services like classes, housing, and legal advice, Breaking Free has a drop-in center; stop by to take a shower, have a meal, or sleep.

I like to be very graphic [when I share my story] … so people really see that this [life] isn’t peaches and cream … It’s not Pretty Woman.

Three transformative years have passed. Now 45, Wiley traces her foray into prostitution and drug addiction to being molested at age nine by her mother’s boyfriend.

“I feel like that’s where the seed was planted,” Wiley says. Afterward, she became “promiscuous” and “felt obligated, in relationships, to be whatever someone wanted me to be.”

When Wiley was 16, her mother got sick and, eventually, couldn’t work. The family struggled to make ends meet. That’s when “Uncle Leroy,” a family friend, offered to buy Wiley groceries and pay the bills in exchange for sex.

After Wiley had sex with Uncle Leroy, she was flooded with emotions, including emotions about her childhood molestation. Then she found a way to cope.

“I realized I could use drugs and not feel the actual act of when I was turning dates with guys,” she says.

It became a cycle: Take drugs to numb yourself. Then have sex for drug money.

When the cycle spiraled into crack cocaine addiction, Wiley hit the streets to prostitute. She remained on the streets for more than two decades, largely because of her addiction.

“My addiction, it was, like, crucial. It was chronic,” Wiley says. “In the process of that, I’ve been beaten, raped, thrown out of cars, black eyes, and left for dead. Had to turn tricks to have places to live or something to eat. I’ve been arrested over 100 times. I’ve been to prison.”

Wiley has health problems from her time on the streets -- including weak bones, knees, and teeth; chronic PTSD; secondary bipolar disorder, and depression.

She also has five sons – ages 25, 24, 17, 10, and four. She doesn’t know who three of their fathers are. “Back in the day they were considered trick babies, but now I call them my blessings from God, you know?” Wiley says, and sighs. “It’s a lot, man.” She chokes up. “The good thing about it is that they love me unconditionally.” 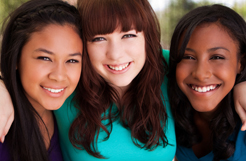 Since that pivotal day in Peavey Field Park, Wiley has been sober, in recovery, and living at Breaking Free. The nonprofit is located in a nondescript house on University Avenue. Inside, the walls are decorated with survivor artwork, splashes of purple, and images of doves flying out of cages.

Since going to Breaking Free, Wiley’s also been employed by the nonprofit – first as a cleaner, then as a receptionist, and now as a full-time advocate and outreach coordinator.

In her present role, Wiley teaches Sisters of Survival -- a series of 13 classes (groups) for sex trafficking survivors. The curriculum covers many topics – what prostitution really is (i.e., modern day slavery and violence against women), self-care and self-esteem, communicating in relationships, and more. The series is a diversion program, an alternative option to the criminal court system.

The survivors come from all walks of life: The youngest has been 14, the oldest in her 80s. Some are married. Some are mothers. Some are grandmothers. One woman drives all the way from Wisconsin for the classes. Another woman, who speaks Hmong, brought an interpreter to class.

Differences aside, there are commonalities. Many women, like Wiley, have experienced chemical dependency and mental health issues.

Additionally, many “come here not even knowing that they’re victims,” Wiley says. “And by maybe the fourth or fifth group they’re like, ‘Wow, I can’t believe that [I’m not in control, that prostitution is modern day slavery and violence against women], and their mindset changes and their way of thinking changes and they choose to stay out [of the life].” 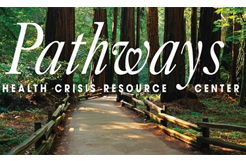 Breaking Free is geared toward female sex trafficking survivors. But males are trafficked too. Pathways can help.

The last class in the Sisters of Survival series, “Life Without Prostitution, connects women to job and life skill building resources like resume writing workshops and GED classes.

“The graduation is so … awesome and exciting and everyone is, like, so glad,” Wiley says. “Whether they’ve graduated before [or not], that graduation feels like they’re walking across the stage to get an Oscar … I did the same thing … I still got big 8" X 10"s on my wall from my graduation like I just got my doctorate or something.”

As part of her job, Wiley also does street outreach – talking to survivors and handing out hygiene kits. Some of the places she frequents (e.g., Lake Street, Franklin and Chicago, University and Snelling) are places where she once engaged in prostitution.

“As long as women need help, we’re going to be there to help them,” Wiley says. “It’s not about the money, it’s literally about saving another life … If I can reach one person, I’m OK with that.”

If you see a sex trafficking victim on the streets call Breaking Free and describe the person and the area they’re in. Don't approach survivors on the street. A pimp might be watching and the victim could get beaten or killed.

Breaking Free offers a 48-hour training about sex trafficking that is available to the general public.